In 1997, we began a long and productive relationship with the wonderful Red Shift theatre company.

Red Shift would tour one or two productions each year, taking a classic piece of literature and giving it a modern twist.

Looking back at the body of work now, there is one distinguishing visual feature: our use of two spot colours creates a particular feel that runs through each design.

Nowadays, with the computerisation and automation of the whole printing process, standard full colour printing is often cheaper than asking a printer to mess about with two ‘special’ inks, but back at the turn of the century, the cost-saving of labour, plate-making, make-ready and wash-up were significant. We developed a particular skill at using two complementary colours that could be overprinted to produce interesting effects. 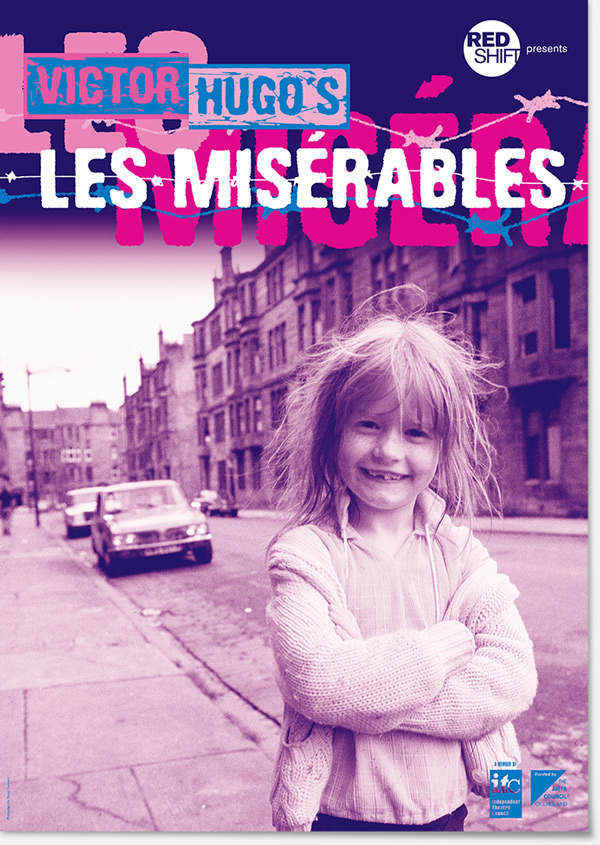 Our first job was the publicity design for Les Misérables, a down to earth antidote to the glitzy Cameron Mackintosh production.

We were lucky enough to come across the perfect photographic image, a young girl playing in the Glasgow streets taken by the photographer Douglas Corrance (although I can see now that we spelled his name incorrectly in the image credit, sorry Douglas). 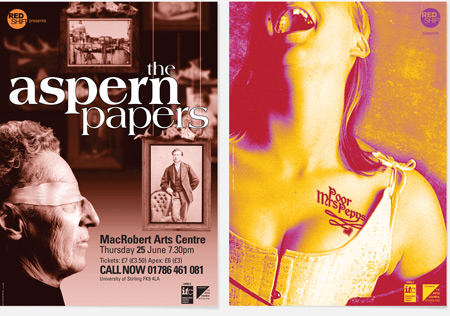 In 1998 Red Shift toured two shows. The Aspern Papers is a Henry James story concerned with the crumbling memories of a reclusive Venetian woman. We used a montage of found imagery. The image of the woman is a portrait by photographer Augustin Bonachera (we added the blindfold). Look closely and you’ll also find pictures of my family.

The second show that year was the bawdy comedy, Poor Mrs Pepys. It was particularly special to us because our studio was based on Deptford, around half a mile from where Samuel Pepys had lived and treated his wife so poorly. We were particularly pleased by the symmetry where we Photoshopped-out the front tooth of the actress to mirror the girl from the Les Misérables poster. 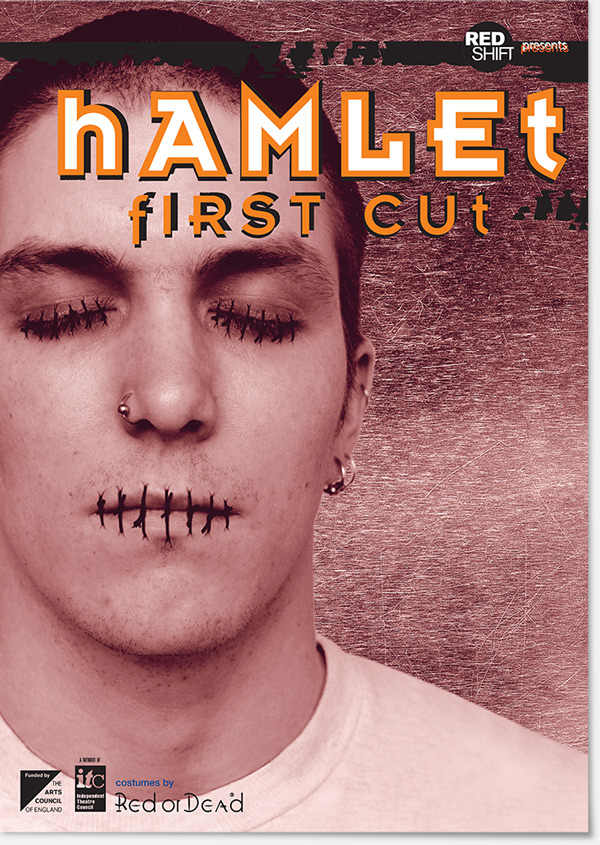 Red Shift had tackled Shakespeare before but their 1999 take on Hamlet was an ambitious reworking of the first quarto edition. Urban landscapes were filled with industrial music while the main protagonists were costumed by Red or Dead.

For the publicity imagery, produced long before the visual direction of the play had been finalised, our designer acted as model in his own designs. He bought, stitched and photographed cuts of pork to achieve the authentic-looking sutures. 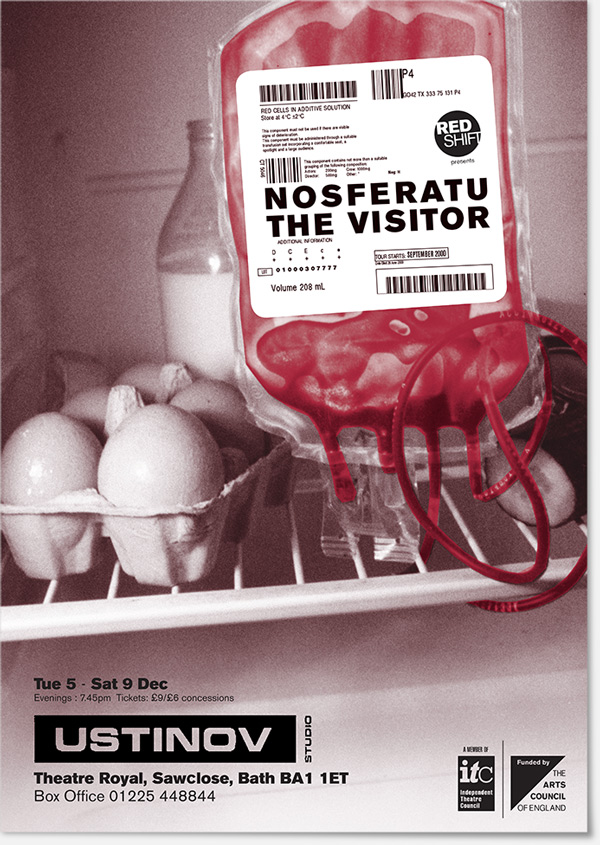 The first show of the 21st Century was probably our favourite to work on. As usual, Red Shift brought a unique take to a classic work, this time the tale of vampires.

We settled on the design idea fairly early on, but the implementation proved much harder than we’d imagined. After days of fruitless searching, we persuaded a nurse to smuggle a used blood-bag from a hospital. We worked quickly to take the photo. But we had to keep the blood in the Cog fridge for a couple of days before we got the prints back from the chemist and we were confident we had the perfect shot. 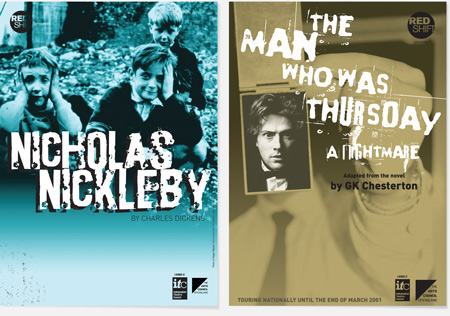 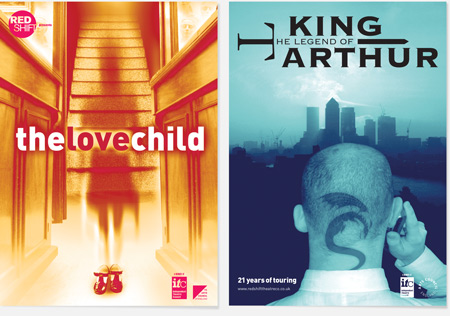 After the excitement of the blood-bag, the subsequent designs seem quite tame, but they still make a powerful set, mixing found photography (like the Roger Mayne image of boys in post-war London) and images that we generated in-house.

Red Shift have now moved away from the touring model but are still going strong with Jonathan Holloway at the helm, 33 years after establishing the company. Thanks to him for the opportunity of working on these great shows.

In 1995 we began a series of projects for Amnesty International. Our work included their campaign… END_OF_DOCUMENT_TOKEN_TO_BE_REPLACED

The 4th May 2006 was a special day for us at Cog. We were about to… END_OF_DOCUMENT_TOKEN_TO_BE_REPLACED

As the Barbican team developed a reputation as a world-beating contemporary music venue, we helped them… END_OF_DOCUMENT_TOKEN_TO_BE_REPLACED

Half Moon Young People’s Theatre is a wonderful venue in London’s East End. From 2005 to… END_OF_DOCUMENT_TOKEN_TO_BE_REPLACED

In 1994 we began a fifteen-year relationship with the London Jazz Festival, helping them grow from… END_OF_DOCUMENT_TOKEN_TO_BE_REPLACED