The team at Cog were brilliant throughout our winter marketing campaign – from delivering a range of imaginative and workable concepts, to practical aspects such as finding photographers and setting up shoots. We had a really professional yet fun working relationship.

During the summer, London’s South Bank is a busy, bustling destination. In the long summer evenings, the huge number of cultural attractions feel joined up by large crowds. The riverside is packed with people, enjoying the space and the variety of food stalls, bars and catering outlets.

But in the winter, as the nights draw in, people retreat indoors and the venues can feel isolated and spread out. People can stop thinking of the area as a cultural destination. Our brief was to help to change that perception and to attract the demographic group known as ‘Urban arts eclectic’, who are only 3% of the population but represent a much larger percentage of cultural spending. 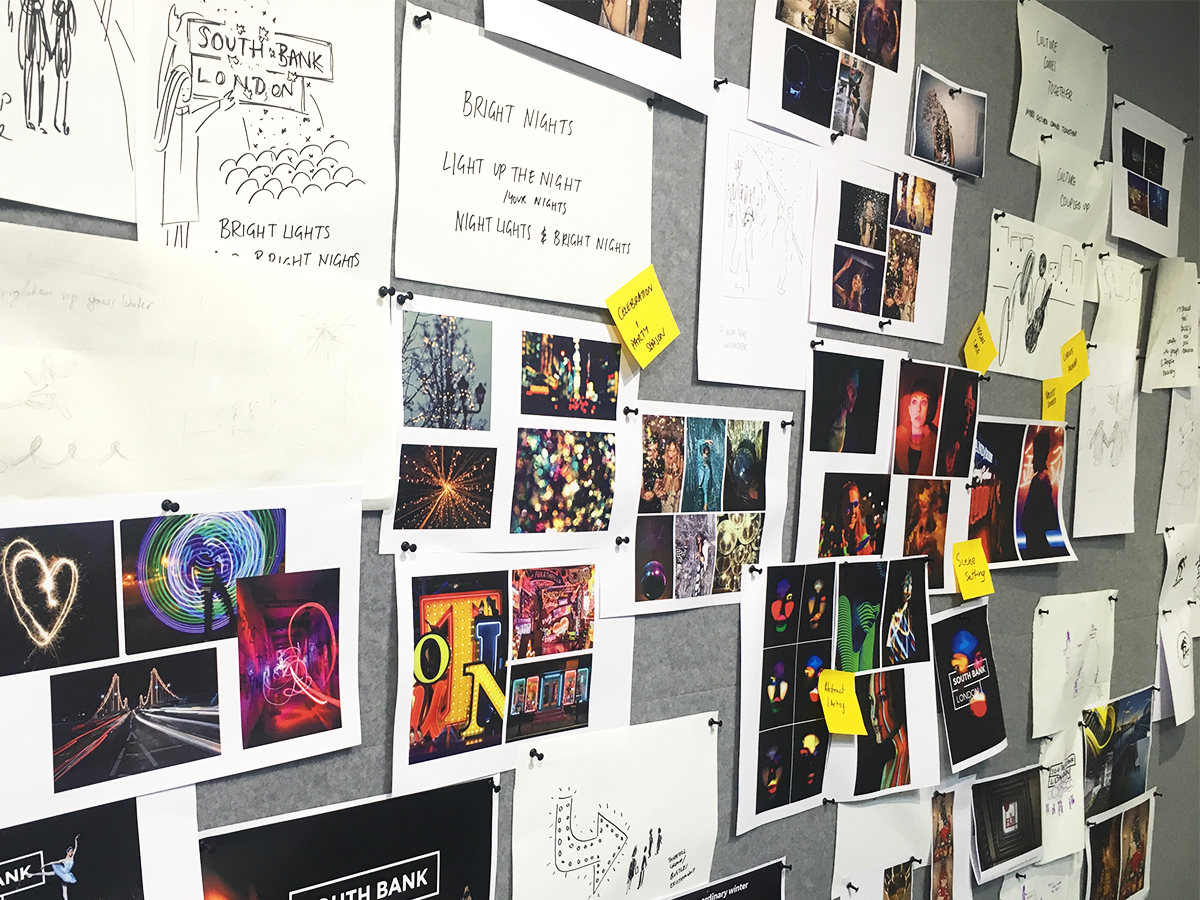 We started the process with a flurry of brainstorming, with the whole team getting involved. We knew the South Bank team wanted to move away from their previous reliance on illustration, and to concentrate on an eye-catching photographic campaign. 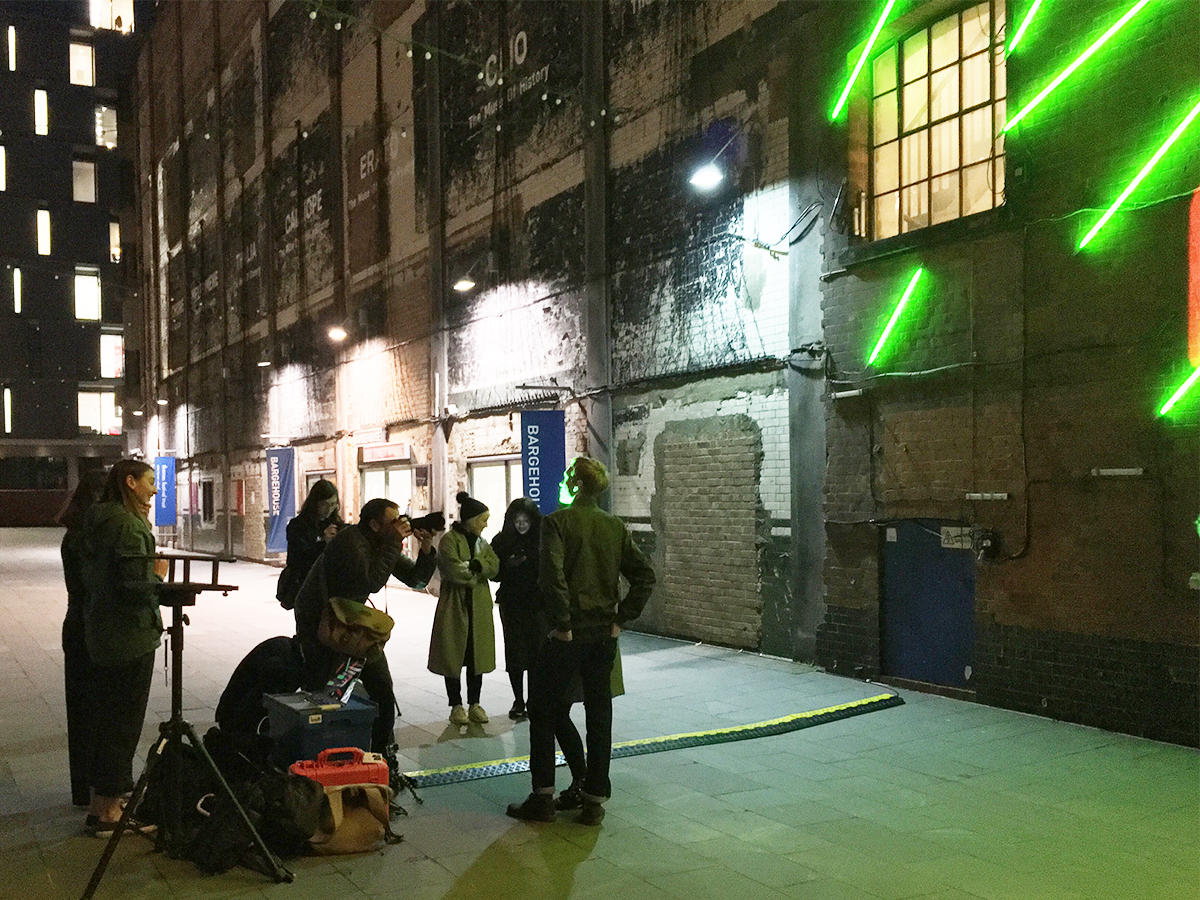 The theme of Bright Nights was taken forward from those initial sketches. This idea reflects the exciting cultural offer in the winter (with many venues featuring light installations), and linked in well with the first ever Lumiere event that had been programmed during that season.

Once the concept was agreed, we commissioned the photographer, Matthew Andrews. He managed the late night shoots, wonderfully. 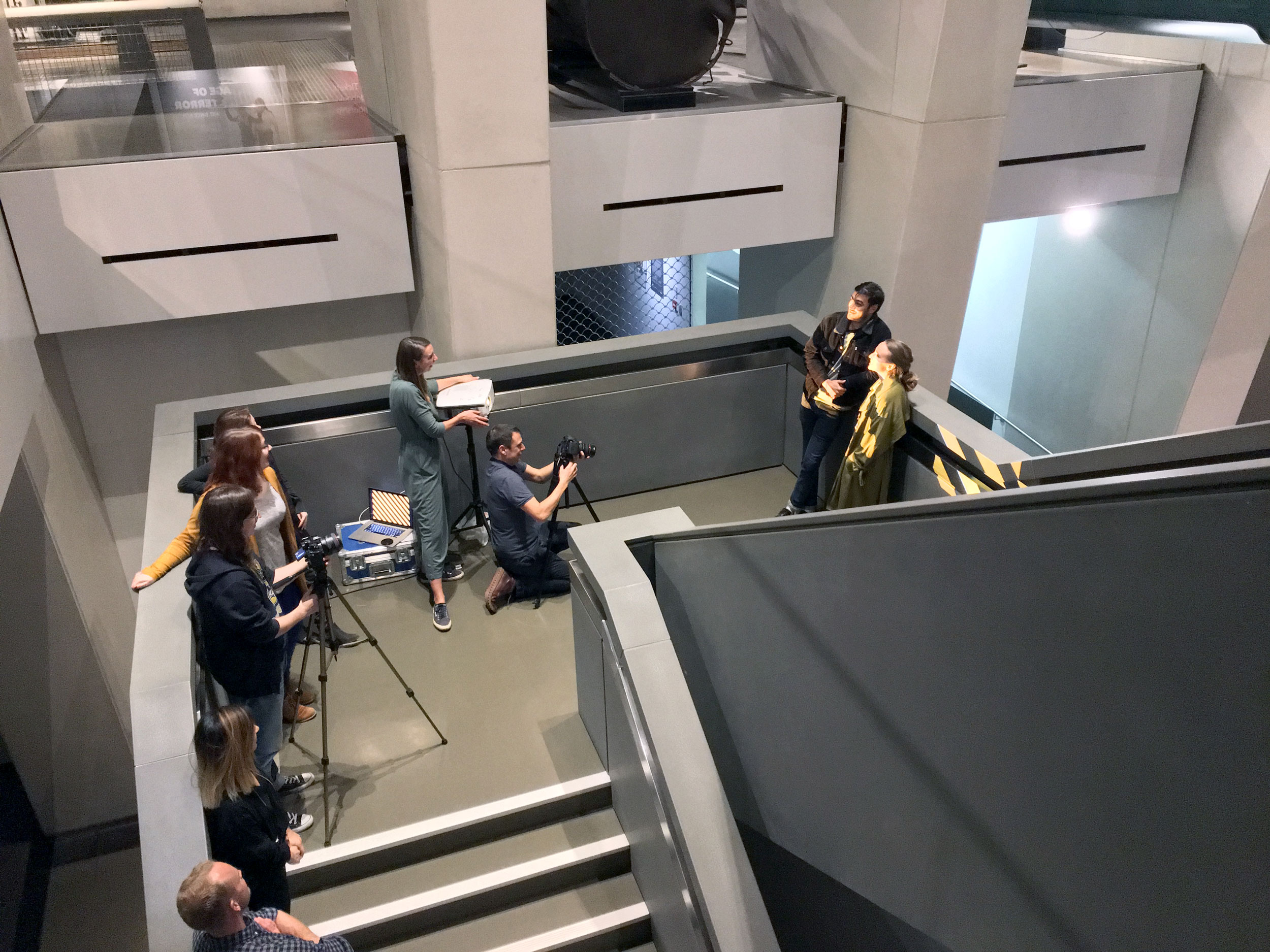 We knew that we wanted photographs set in a variety of settings, some indoors and some outside. So we arranged late night access to the roof of the National Theatre, the courtyard besides the OXO Tower and the Imperial War Museum.

Take a look behind the scenes on our shoots in this video.

We selected images from the range created at the shoots. Focusing on pairs of people at each location, and finding the right balances of lighting, and awed expressions on our models faces. 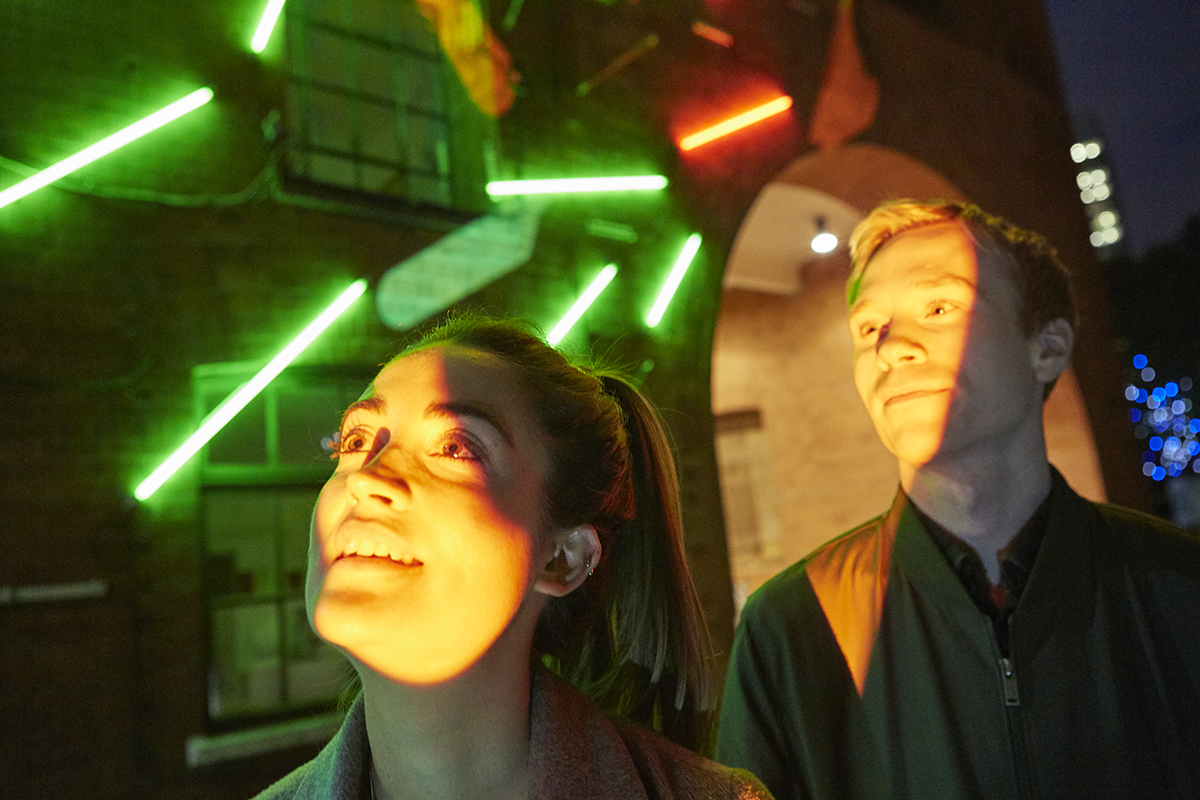 With little time and no budget to find professional models, we called in favours from friends and relations. Our designer, Dan Cox even stepped in to feature in the shoots. 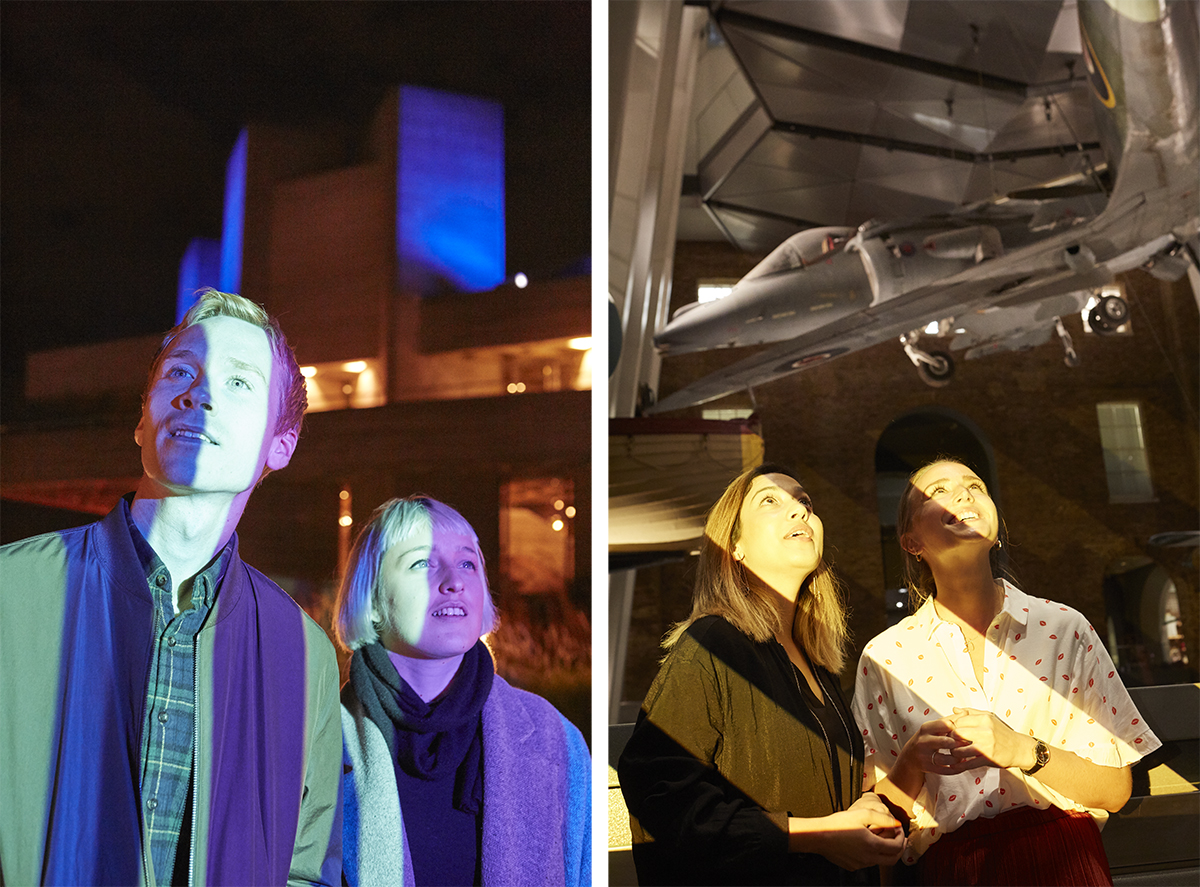 And we cut together the video for the South Bank homepage. You can watch the full video.

We were delighted with the results but perhaps not as pleased as Dan was when he saw his picture, featured in Time Out. 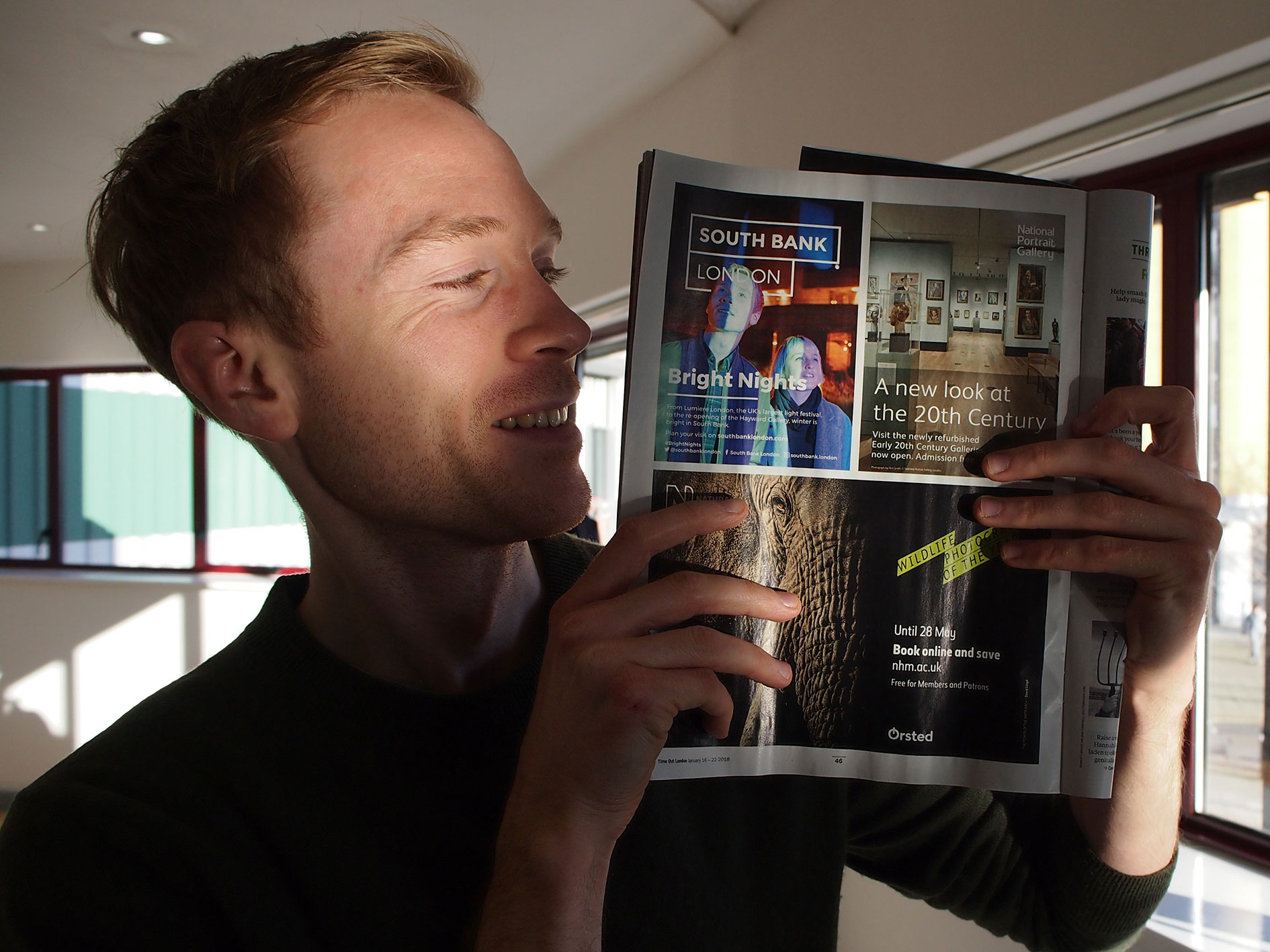 In the crisp dark night of a January evening, we set off to the South Bank… END_OF_DOCUMENT_TOKEN_TO_BE_REPLACED

The 21st Century Light Space Modulator was a two-week intervention (after 18 months of planning), part… END_OF_DOCUMENT_TOKEN_TO_BE_REPLACED

The Night Shift at the CLF Art Cafe

For our February Cog Night, we ventured into Peckham to see members of the Orchestra of… END_OF_DOCUMENT_TOKEN_TO_BE_REPLACED