Theatre Hullabaloo has been a successful touring company, creating engaging and accessible work for young children. They also produce TakeOff, an annual regional festival of theatre for young people (and a bi-annual convention for international practitioners in that area).

When they approached us they were about to move into a permanent new home, a purpose built venue next to the Hippodrome in Darlington. 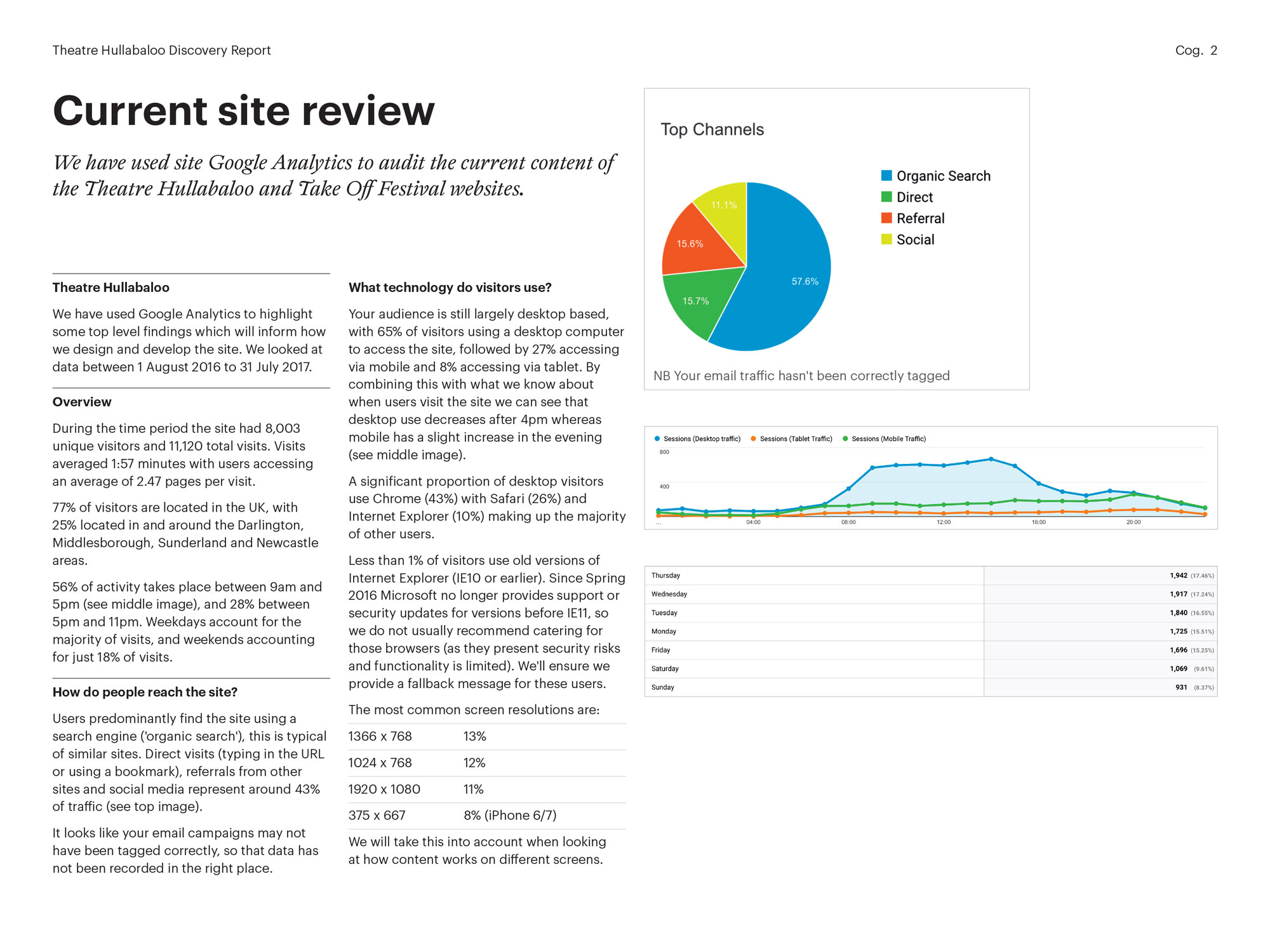 Before we could start on design we needed to know how users engaged with their current site. Analytics showed that over half of the visitors to the homepage left the site without exploring any further and that ‘what’s on’ and show pages accounted for 50% of page views. One of Theatre Hullabaloo’s most exciting projects, TakeOff Festival, had only 4% referral traffic from the Theatre Hullabaloo site. 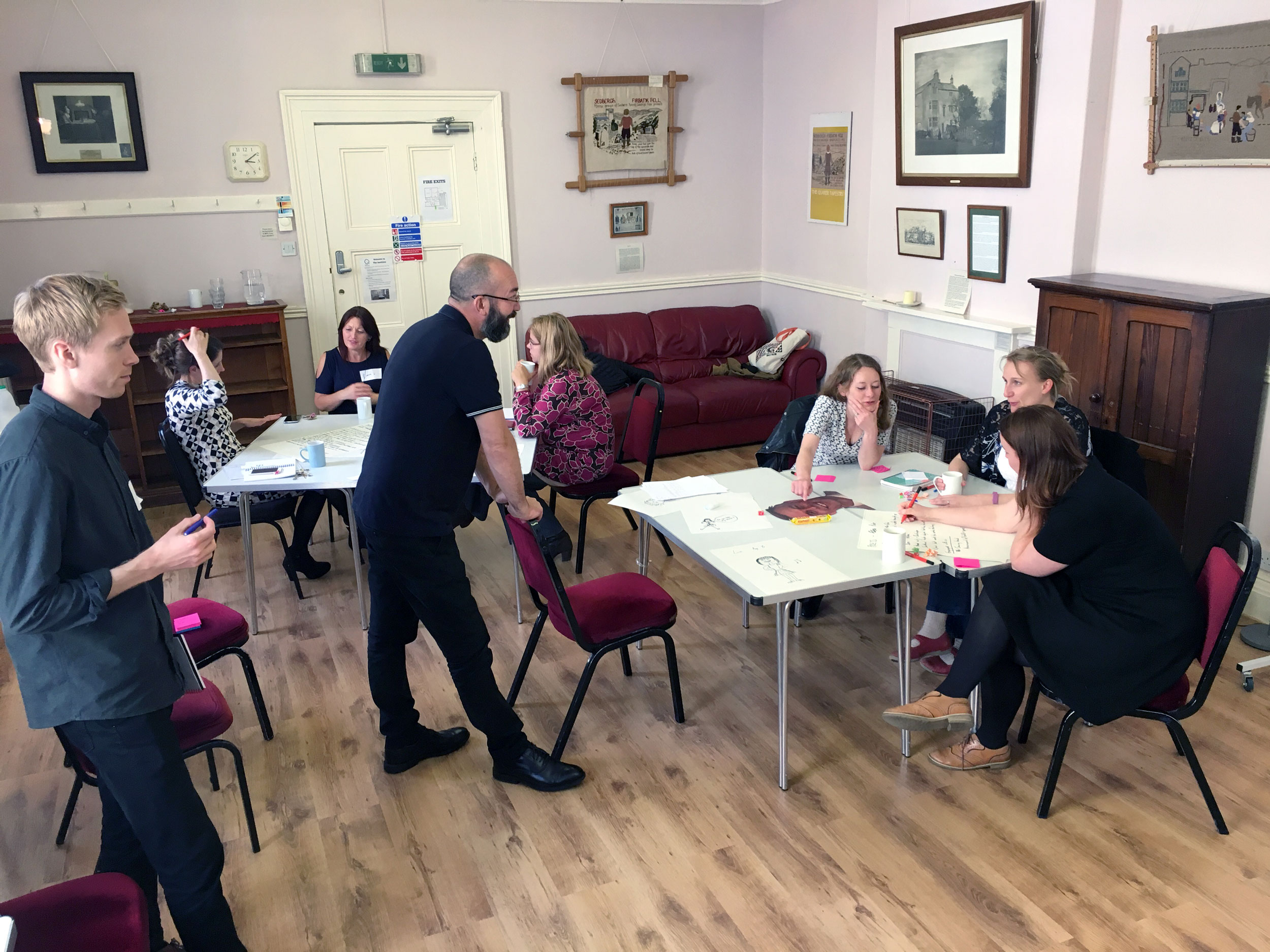 Dan and Michael running a workshop with the Hullabaloo team.

But we didn’t want to rely solely on data and analytics – we wanted to get the Hullabaloo team’s unique perspective on their audience. We headed up to visit the team. With their venue still being built we met in the charming Quaker hall.

After an insightful workshop we focused attention on a few key personas and worked up user journeys to examine why, how and when they visited the site. We realised that the website needed to focus on specific areas…

• Accessibility was key – many of the visitors would have special needs requirements (and the venue was designed specifically for those). For instance, for visitors on the autistic spectrum we knew we wanted to include video introductions. This would allow attendees to get used to the unfamiliar environment they were visiting. We also wanted to make finding an accessible show as simple as possible by creating a visual filter on the shows page. 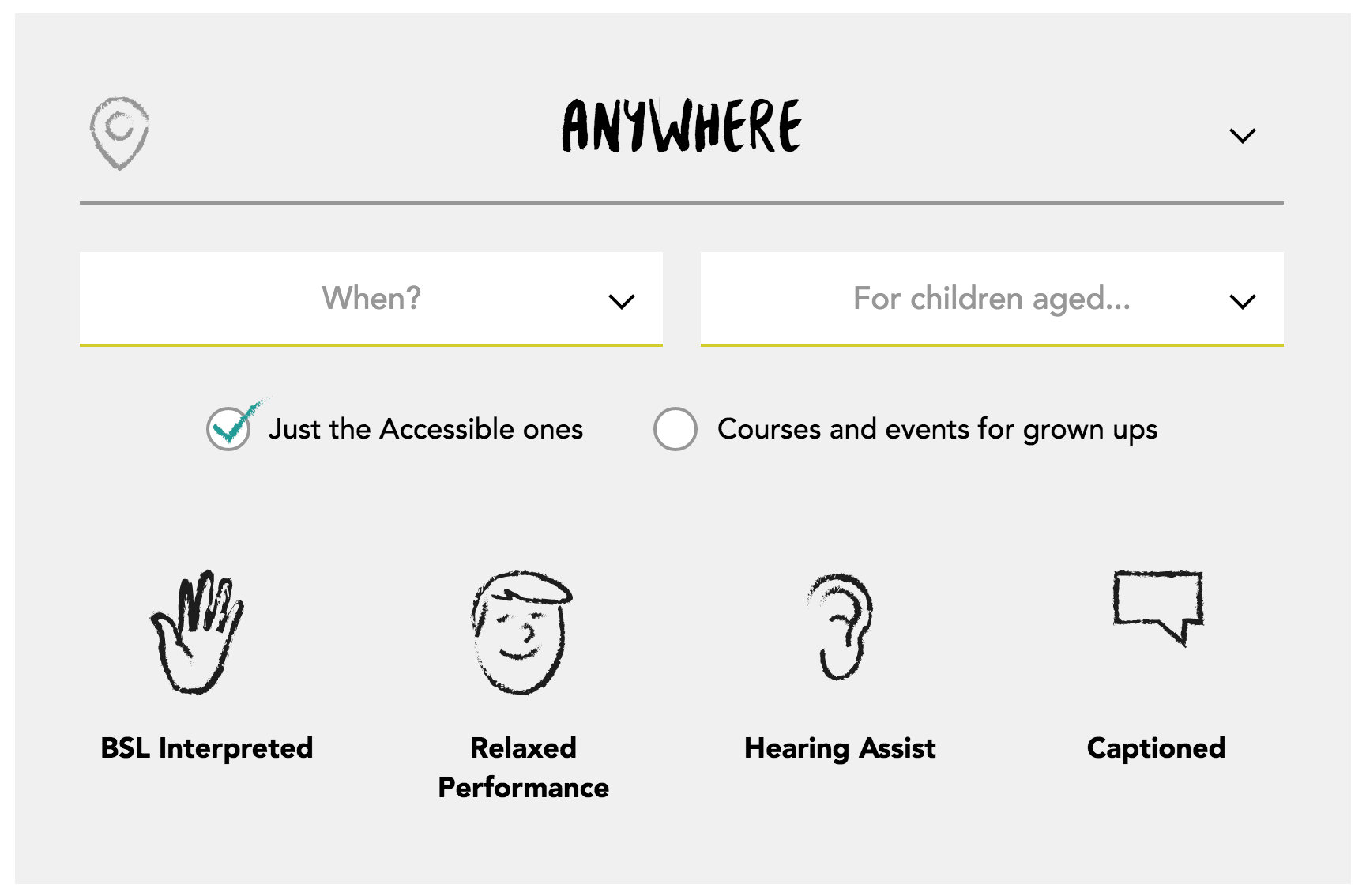 • We wanted a way to bring the TakeOff festival to the fore but, as it was an annual event, we needed to make sure this didn’t sit idle for most of the year and take up space on the site when it wasn’t needed. So we built a specific section that sits behind a discrete tab when the festival isn’t on.

• The site needed to be engaging. To do this we added video/animation that features children of all ages. And, an extra layers of engagement throughout is a modular feature, allowing Hullabaloo to add actor and staff profiles, audience and press quotes, video content and galleries.

• To counter the high bounce rate we wanted to immediately communicate what Theatre Hullabaloo stood for as well as making shows accessible immediately from the home page. We decided that the best way to do this was to produce an animation in-house that acted as Theatre Hullabaloo’s online manifesto. 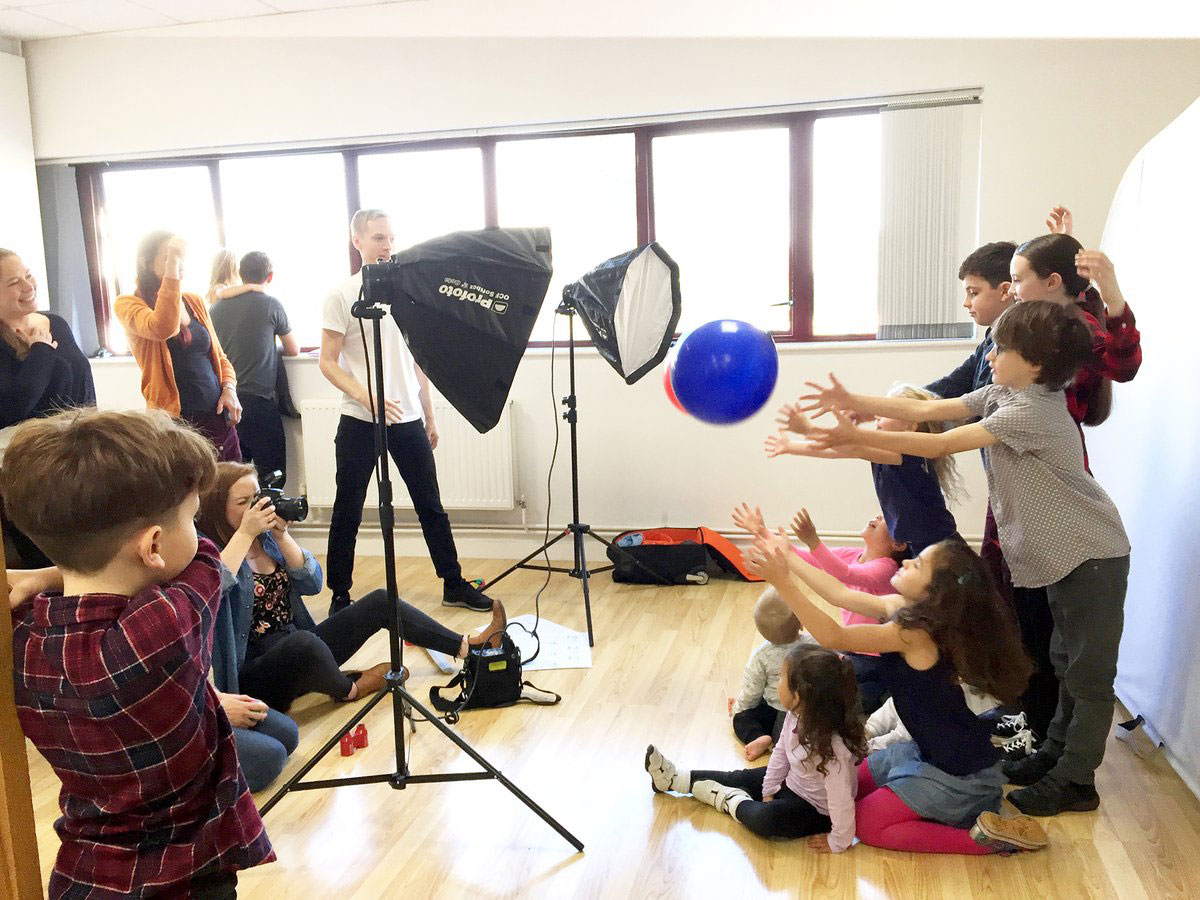 Andrea Whelan and a boisterous group of excellent young models.

We commissioned the fantastic family photographer Andrea Whelan to take some shots for use in the animation as well as across the site and in promotional material (in a somewhat raucous but productive day of shooting in the Cog office).

We built the still images into a story-book style video, and added animated type to bring the messages to life.

The final piece of the jigsaw was ticketing. Hullabaloo share a ticketing facility with the Hippodrome. So we worked with them and their suppliers, Spektrix, to integrate a bespoke online purchase pathway, plus all of the email marketing and other digital messaging. 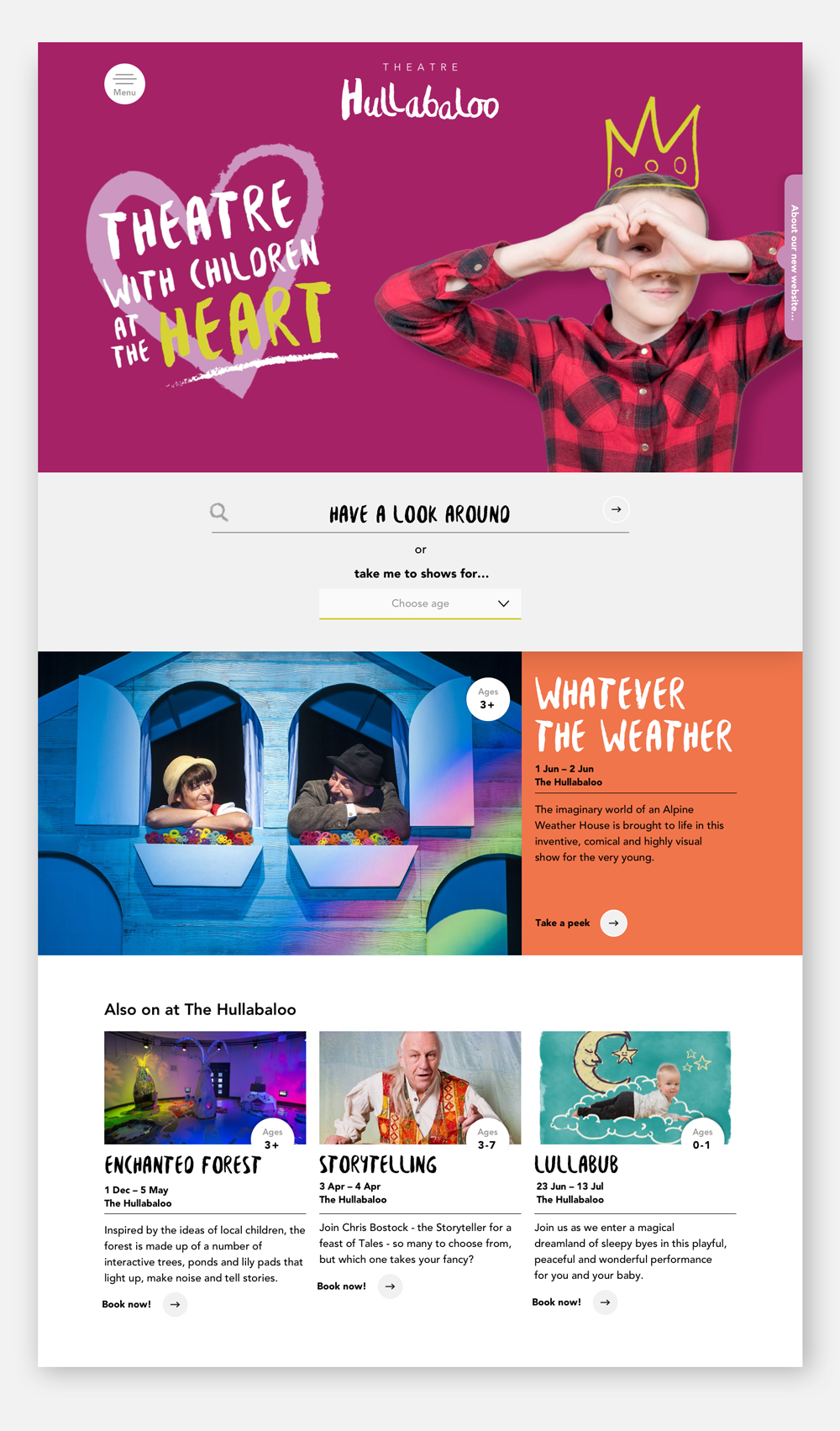 We made full use of Theatre Hullabaloo’s exciting new colour palette, creating a number of themes that could be picked to compliment the header image.

The show pages became lively repositories of lots of information for schools, teachers and parents alike. 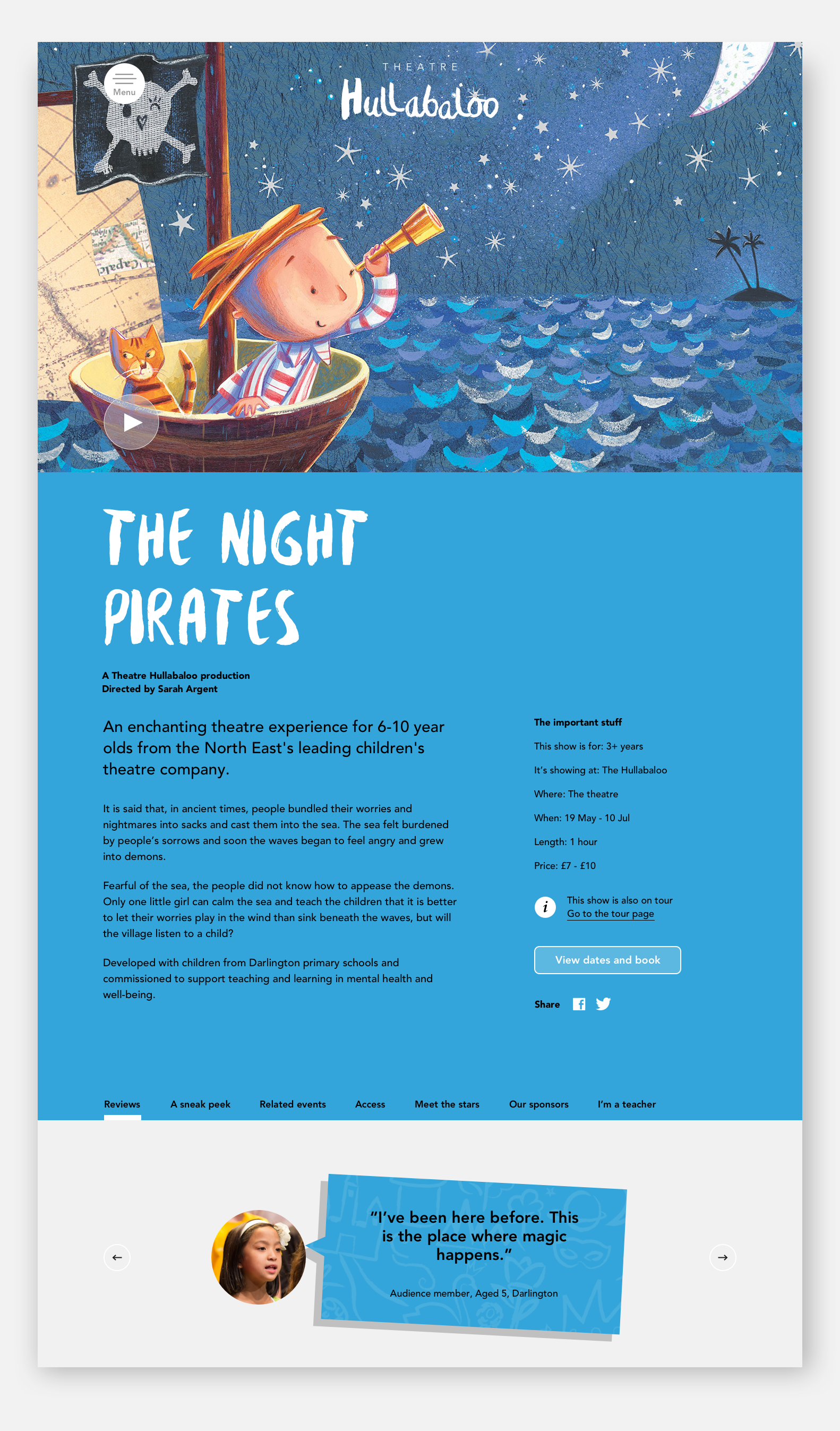 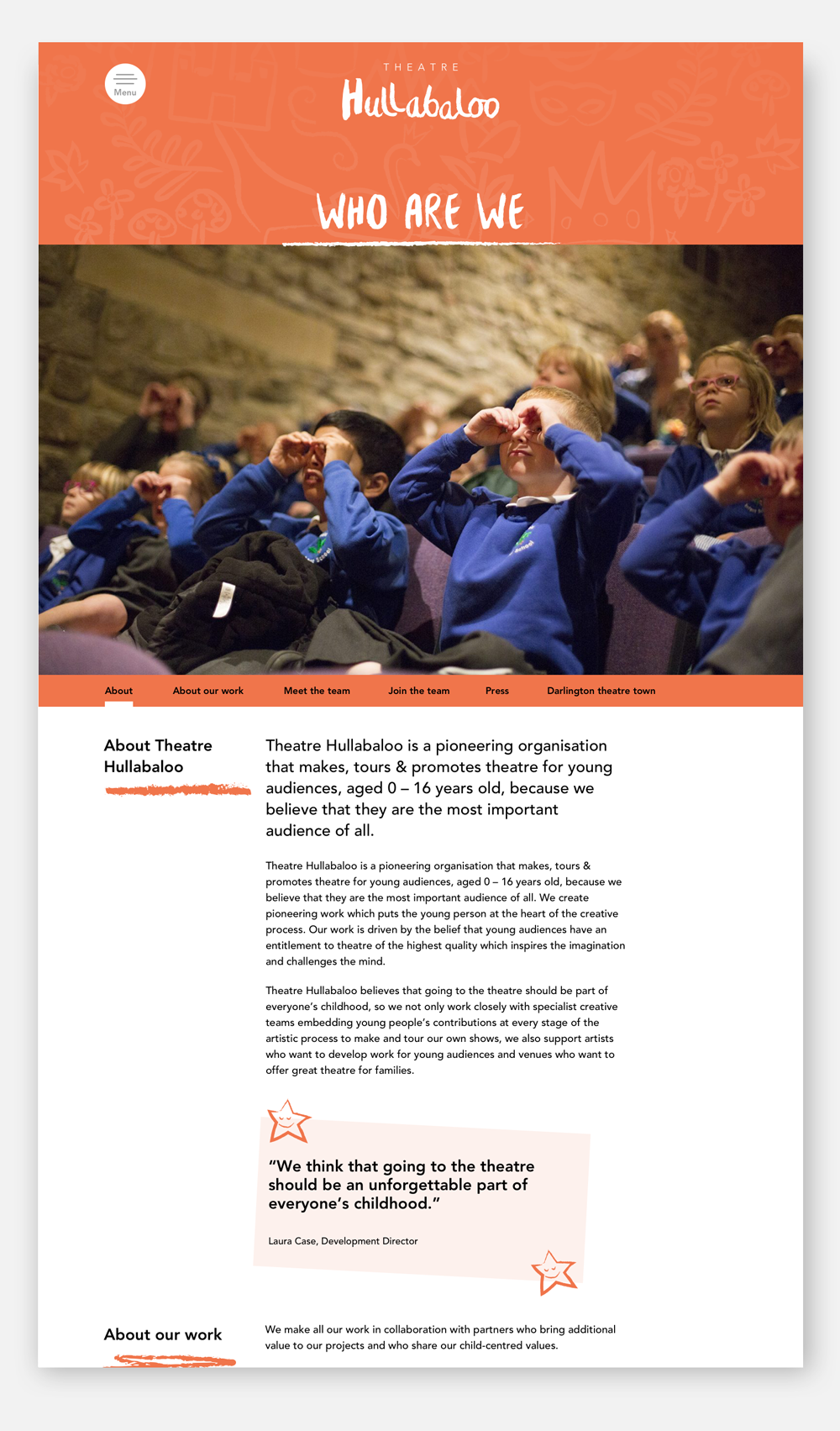 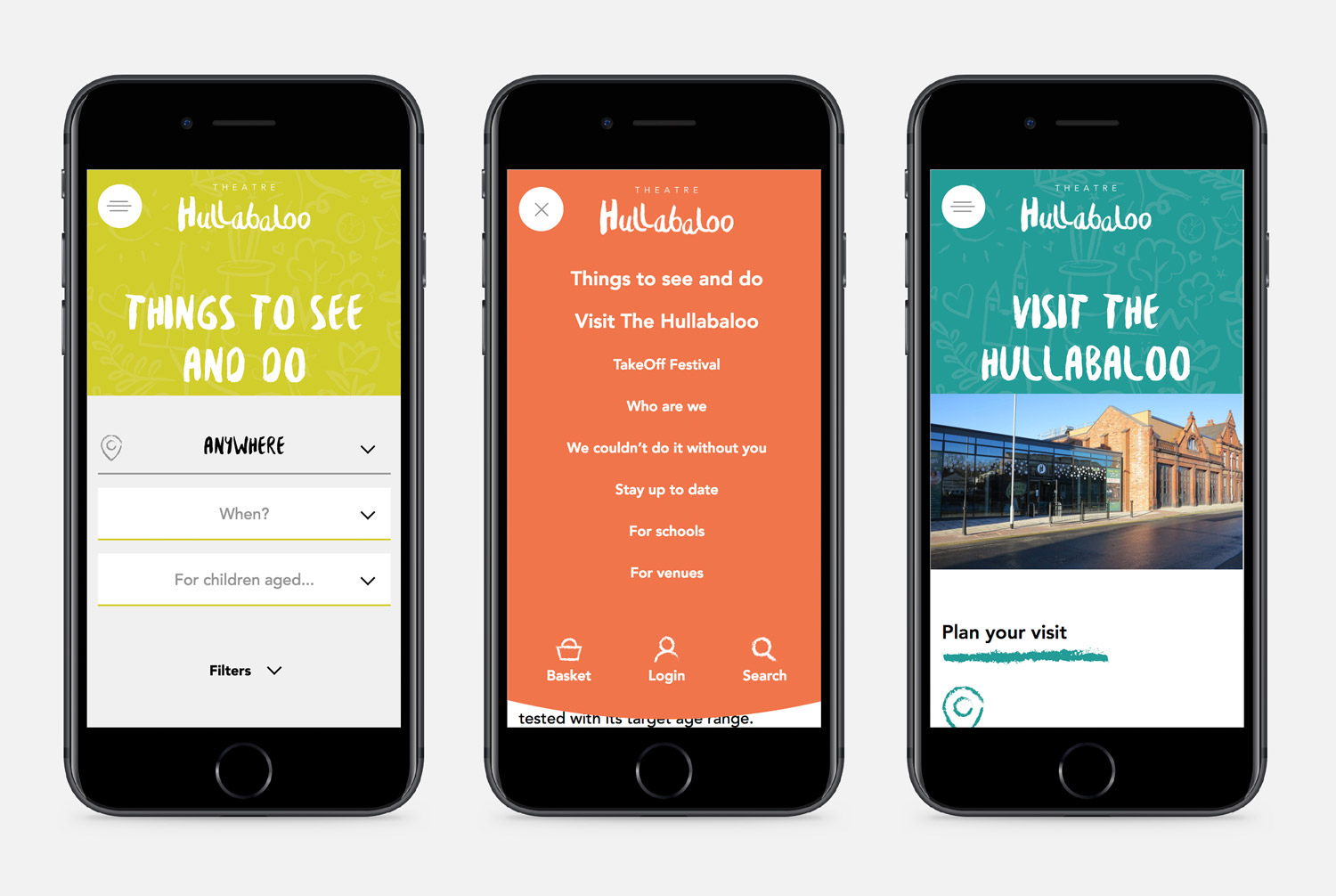 Half Moon is a wonderful theatre, producing professional work for children and young people. We were… END_OF_DOCUMENT_TOKEN_TO_BE_REPLACED

Half Moon Young People’s Theatre is a wonderful venue in London’s East End. From 2005 to… END_OF_DOCUMENT_TOKEN_TO_BE_REPLACED

A new user-friendly website with a custom-designed ticketing process. END_OF_DOCUMENT_TOKEN_TO_BE_REPLACED