In a small shrine, in the enormous chasm of The British Museum’s Great Court, Grayson Perry has curated an installation of new work alongside objects he has found in the Museum’s treasure trove.

Through our Cog Nights, we’ve been to many late night openings at galleries and museums. We’ve never been to such a vast, almost empty venue; the scale of the British Museum is overwhelming.

Through the enormous doors, our direction signposted by 50ft hanging banners, we crossed the cavernous atrium, and ascended the curve of the oversized, stone staircase. There we found it, advertising the exhibition, the sparkling custom motorbike that Grayson Perry had commissioned to take the benign dictator of his fantasy world (his childhood teddy bear, Alan Measles) on a pilgrimage to Bavaria. It was gauche, extreme and unapologetic, art and craft in metal fetishism.

To get in, we had to squeeze past people into an area that felt like a cloakroom or a cheap hotel lobby, and in through a tiny door into a cramped and frankly confusing first space. If we were expecting to be welcomed and visually guided through a narrative, we were going to be disappointed.

Despite the confusing initial visual onslaught, the rest of the exhibition was much more coherent. Glass cabinets juxtaposed Perry’s modern iconography alongside ancient artefacts and cleverly coaxed us into reassessing ‘old’ objects.

To the security people, everyone who had a mobile phone was a potential snapperist. I even took a photo, just to join in; I was duly admonished.
michael@cogdesign.com

It was fascinating, listening to people trying to make sense of it all but my favourite part of the evening was watching the security people. On a very small sign at the entrance, I’d spotted a no-photography sign. Others obviously hadn’t, or they chose to ignore it. To the security people, everyone who had a mobile phone (just about everyone) was a potential snapperist. I even took a photo, just to join in; I was duly admonished.

I’ve not been a Grayson Perry fan; I’ve struggled with (what I’d imagined as) the affectation of his female persona. But this show really won me round. The mix of different media was hugely impressive, as was his manifest delight in his manifesto: hold your beliefs lightly.

But I was really disappointed in the ‘exit through the gift shop’. The commemorative ephemera was like a mini exhibition of consumerism. Was the real reason for no photography just so they could sell me a coffee table book, or a key-ring, or a bag, or a tea-towel, or a coin, or… 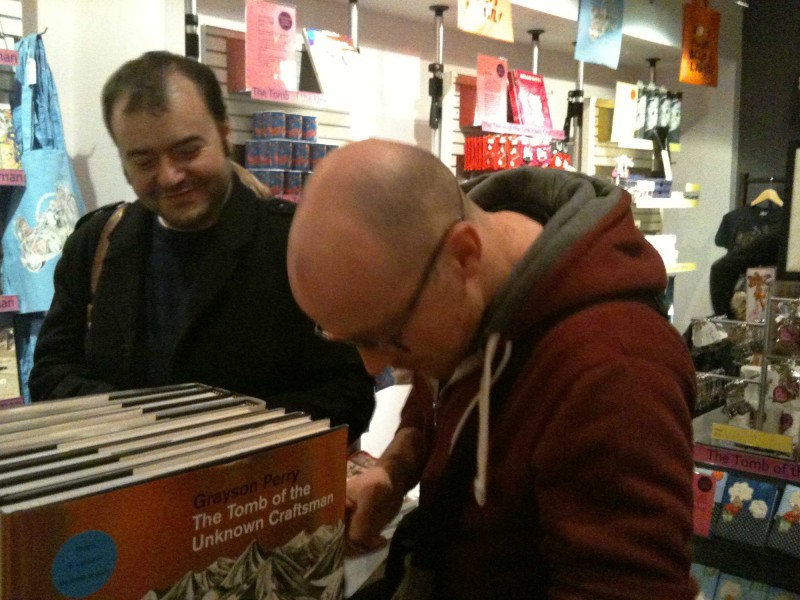 Cog Night. Mike and John in the shop of the unknown craftsman at British Museum. Grayson Perry wouldn’t let us... 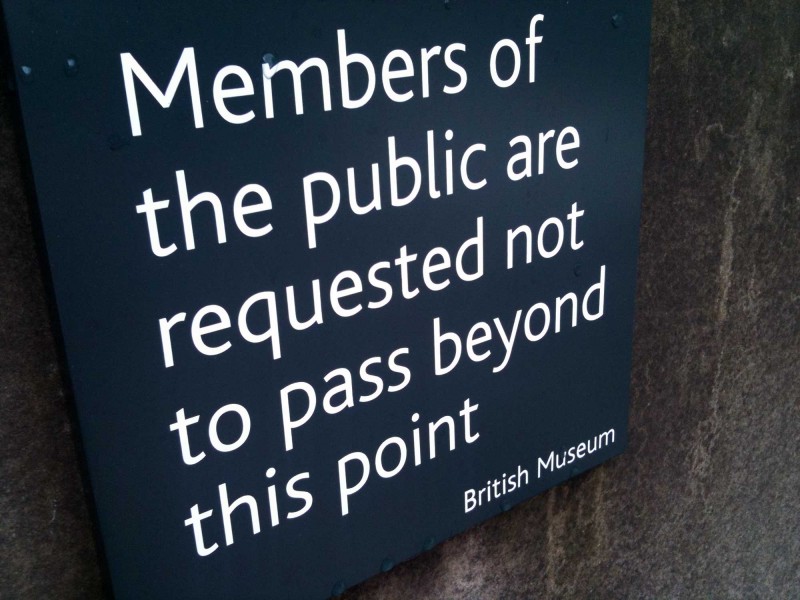 Michael gets to go behind the scenes at the British Museum. 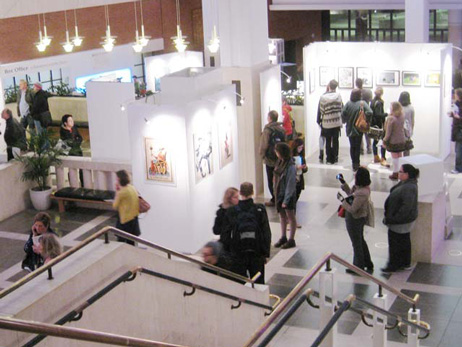 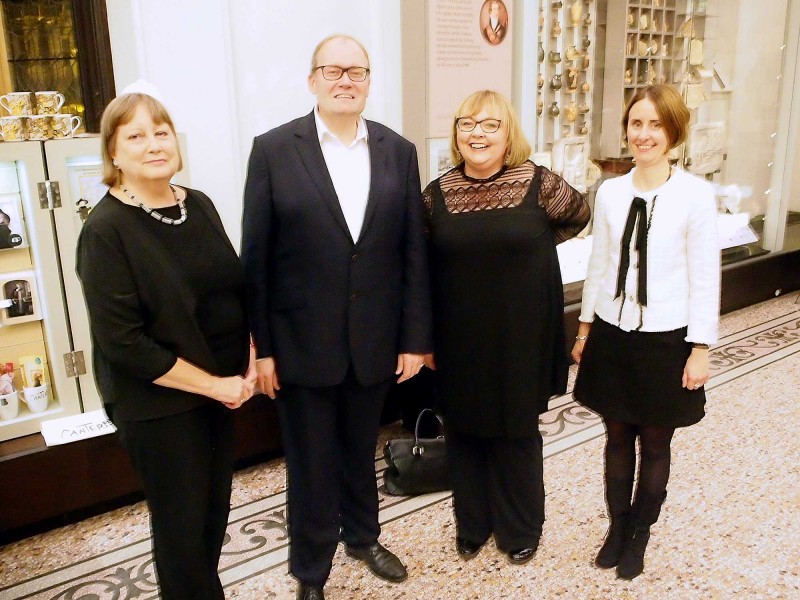 Michael's at The Beaney to see Grayson Perry's The Vanity of Small Differences. He met Jill Constantine, Head of Collections... 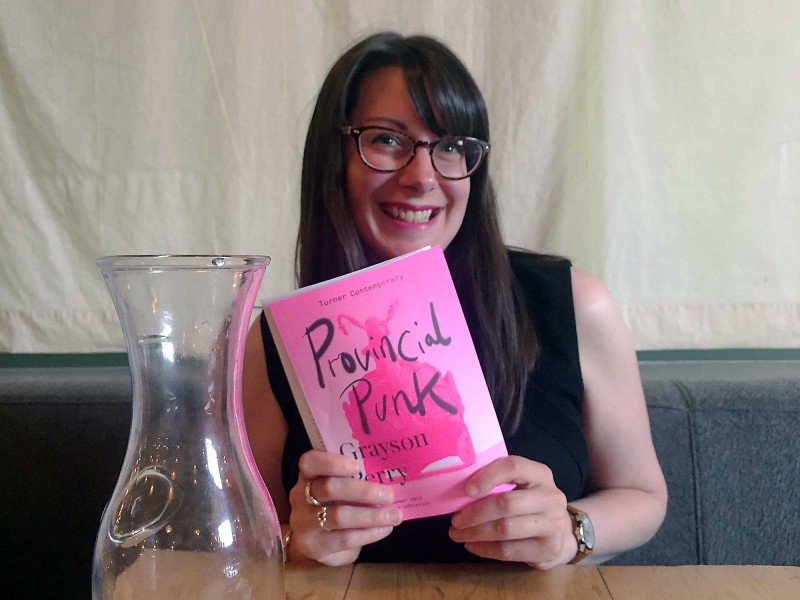 Sam has been making digital plans with Bryony from Turner Contemporary (as well as plans to visit Grayson Perry's Provincial... 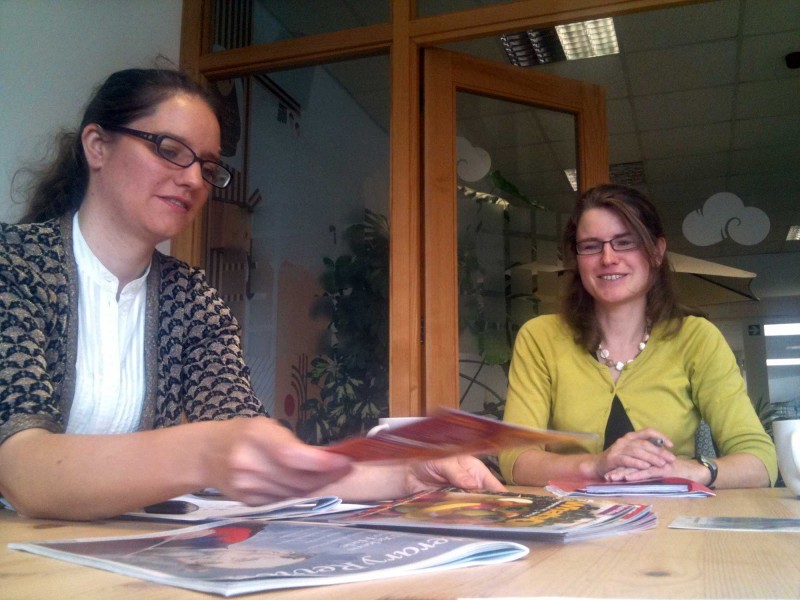 Charlotte Kewell and Helen Adrodos came in to talk to Michael about a campaign he’s helping with at the British... 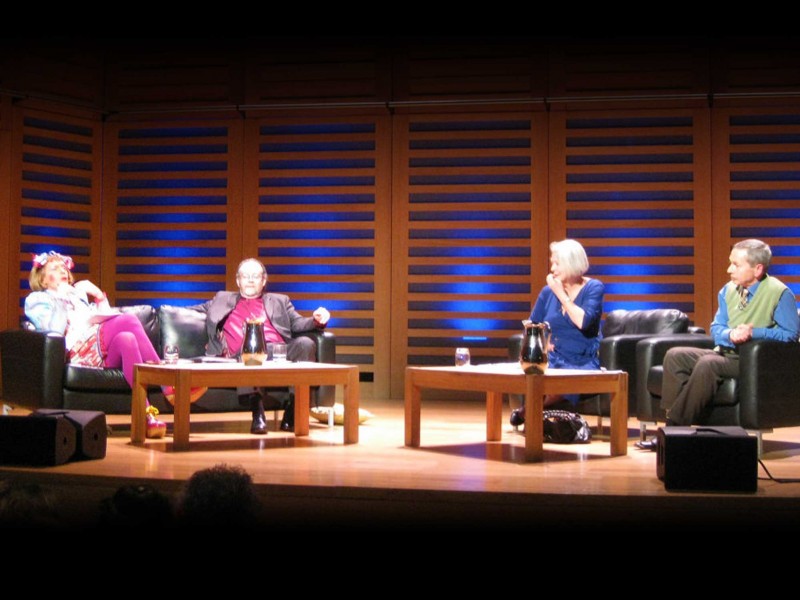 A debate about censorship that promised to push buttons and boundaries, with Rt Rev James Jones, Grayson Perry, Professor Frank...