Our March Cog Night found us on a short trip to the Southwark Playhouse, where we transported half way across the world to the hot desert lands of Sudan.

Mohand, played by Mohand Hasb Alrosol Abdalrahem, a Sudanese refugee, dreams of going back to visit his home country of Sudan, but until it’s safe, his only way back is through his imagination. Through movement, mime and comedy Mohand takes Peter, his friend from Newcastle and the audience on a journey across Sudan, from the busy city of Khartoum to Mohand’s small village and through the desert. 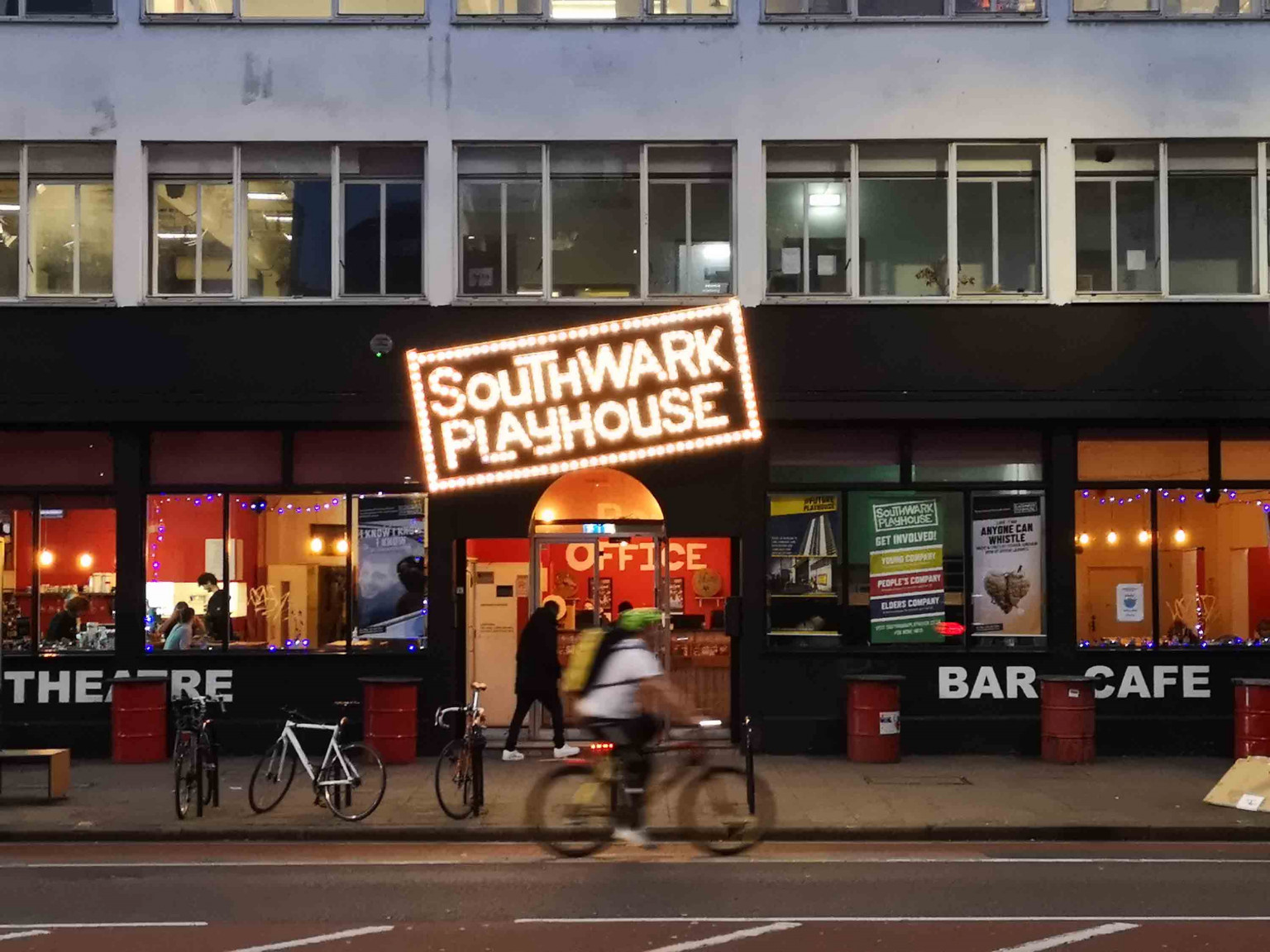 One of the funniest moments, is when Mohand introduces Peter to his extended family, all played by Mohand. Though a lot of this scene is in Arabic, the physicality of the acting meant we were all laughing as Mohand flawlessly switched between playing his elder grandmother, macho father and flirtatious sister.

Sprinkled throughout the play, the use of Arabic draws on the play’s themes of exclusion, as whilst most of us in the audience could not understand the Sudanese members of the audience were laughing. The lack of understanding makes us non-arabic speakers sympathise with his position as an outsider in Britain. 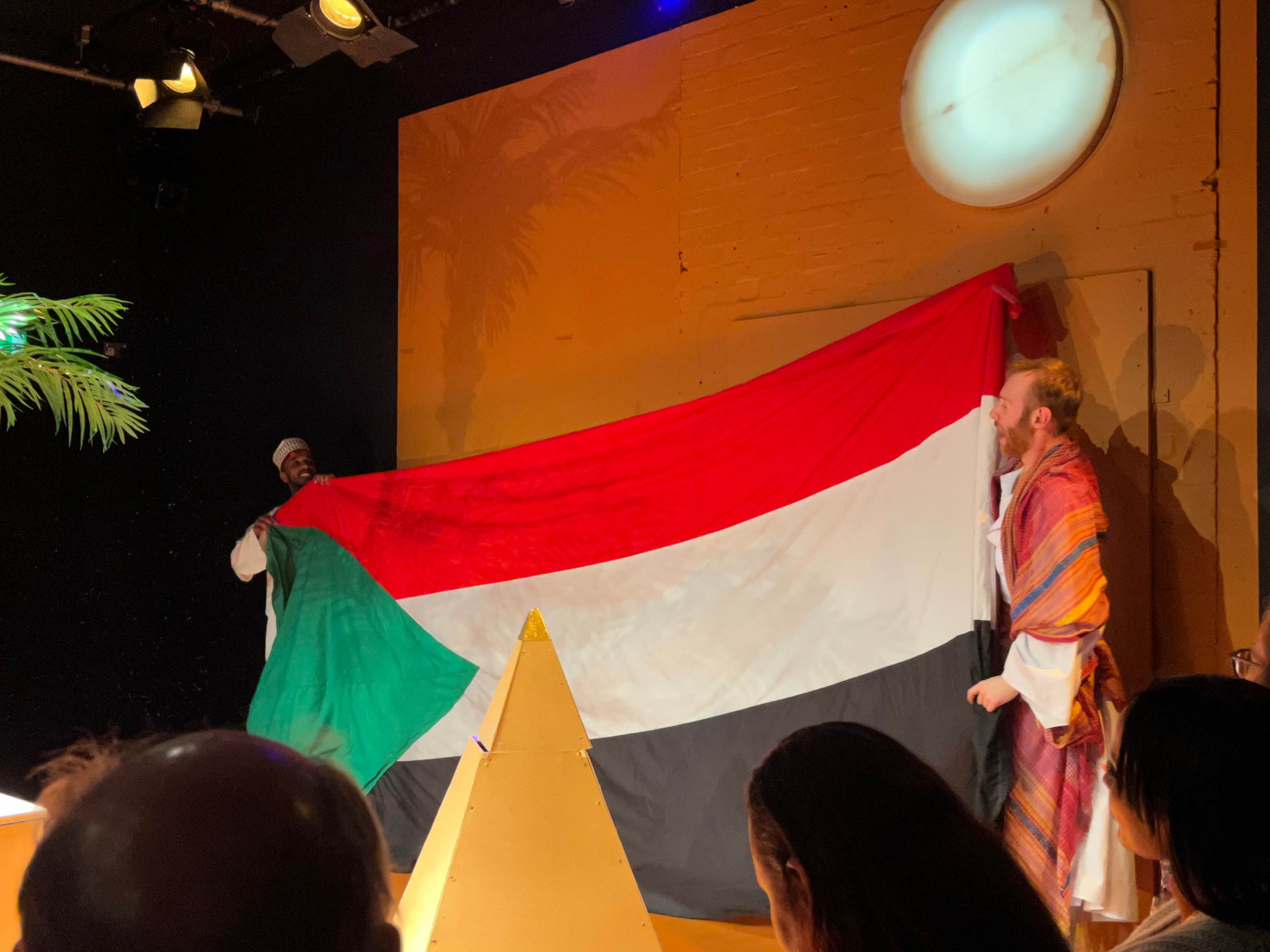 The lively Sudanese audience was in fact what made this experience so special, their interaction and cheering in certain scenes, bought the play into another dimension. Despite the comedic nature of the play, listening to the Q & A afterwards it was clear that the play meant a lot to them, happy that someone was bringing to light the struggle for a democratic Sudan.

The climax of the play focuses on this struggle. Mohand and Peter attend a protest in Khartoum, where they are chased by police and find themselves jumping into the Nile to escape. This part of the play draws directly from real life, and the death of Mohammed Matter, a british-sudanase engineer who was killed by security forces at a peaceful protest. In his honour, his friend turned their profile pictures sparking the #blueforsudan movement – which became a symbol to remember all victims of the dictatorship and their dreams of a better Sudan.

This is perhaps where the play suffered a moment of weakness, a scene that could have been poignant and political was lost as too many comedic elements were added. Without the supporting information given in the leaflet, I’m not sure what we as an audience would have learned about the situation in Sudan. 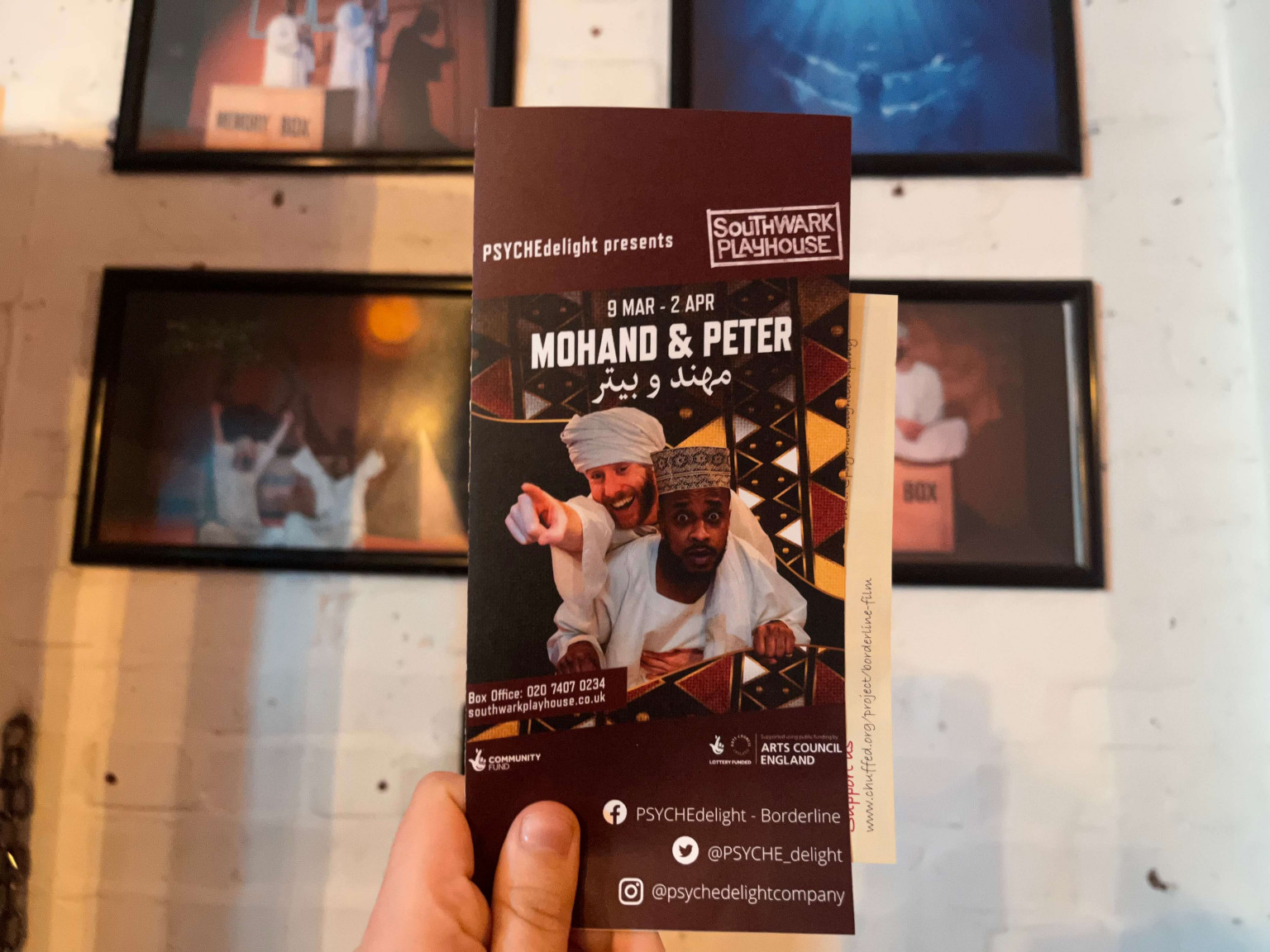 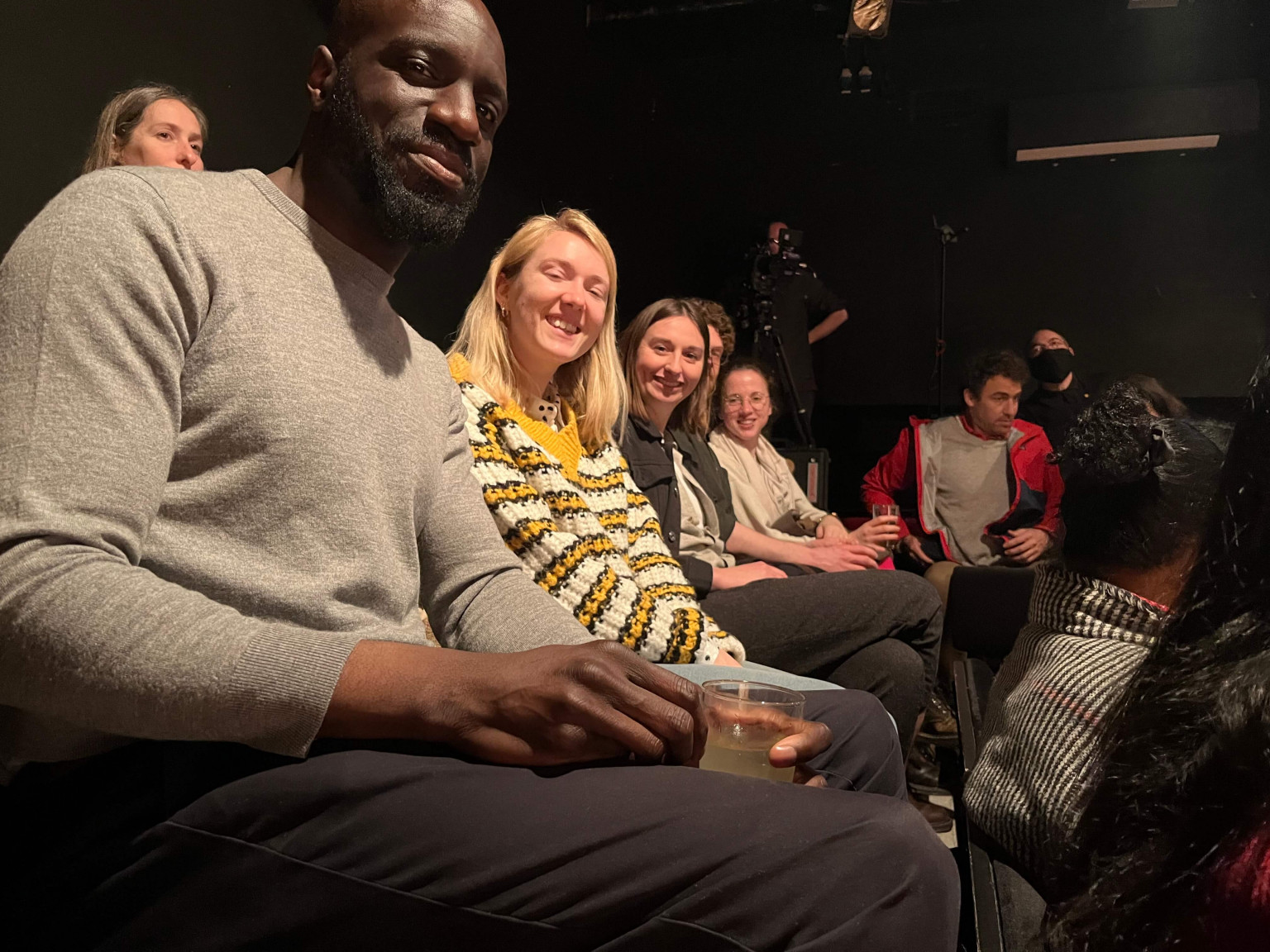 The play was produced by PSCHEdelight, a participatory Theatre Company of Sanctuary. The company celebrates diversity and promotes social inclusion by bringing marginalised communities and local together through their plays and workshops.

This where the success of the play comes from, in challenging how we see exile. Rather than focusing on Mohand’s plight as a refugee, the play is a celebration of Sudan and it’s people, encouraging cross-cultural understanding. In the Q&A afterwards, Mohand described the play the as a “journey through my heart”, which was an apt description as it truly did feel like we were there with him.

Overall the play was joyful, engrossing and hilarious at times. Though we didn’t learn much about the politics of Sudan, the play has a certain charm to it – the physicality of the acting was superb and it was certainly well received by the Sudanese audience who could relate to many of the experiences portrayed.

Illustration by Tessie Orange-Turner for our Cultural Calendar. 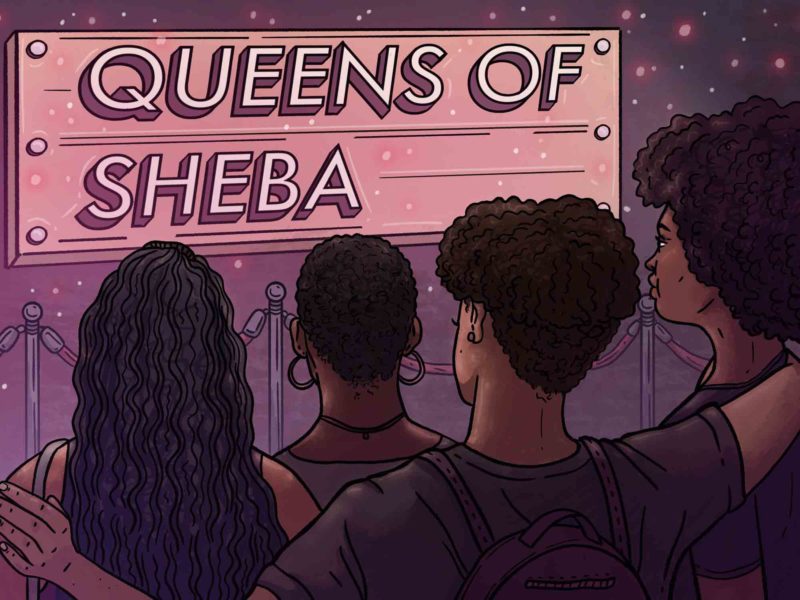 Queens of Sheba at Soho Theatre

For our Cog Night we were back at Soho Theatre, catching the award-winning and Edinburgh Fringe favourite Queens of Sheba. 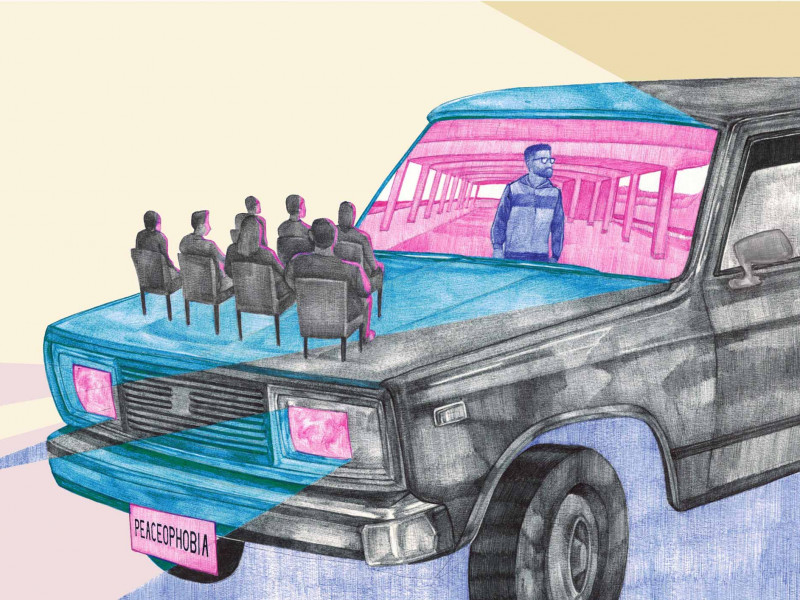 Our November Cog Night was online. Three young Muslim men about their passion for custom cars and the troubles of... 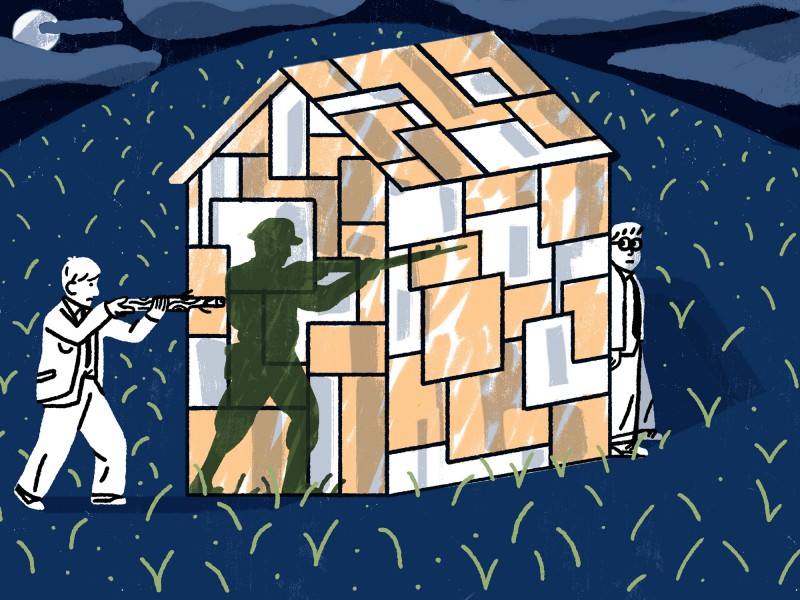 We travelled to a mystery location in Thamesmead for our September Cog Night. Ed shares his account of this Greenwich+Docklands... 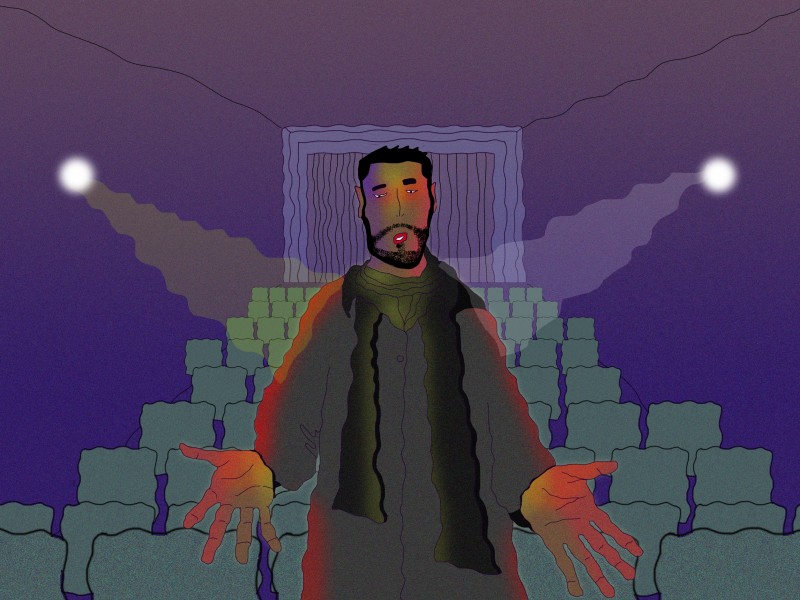 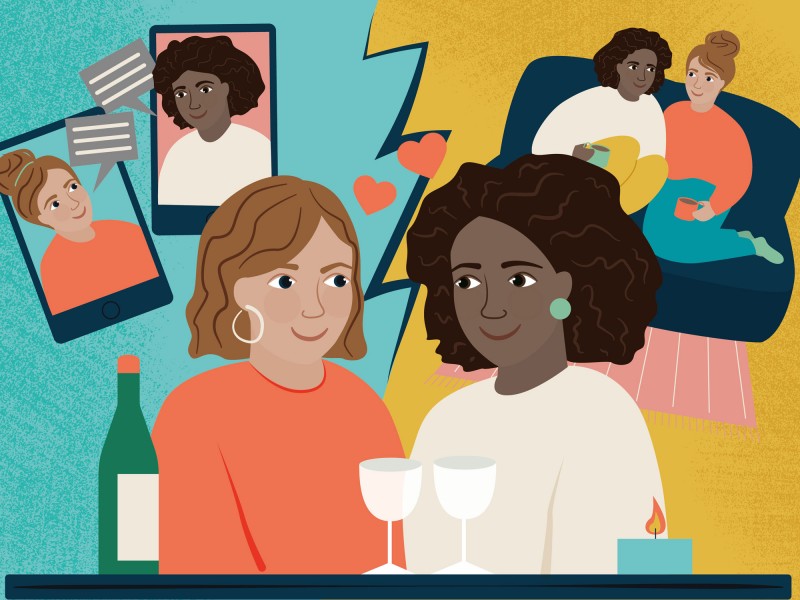 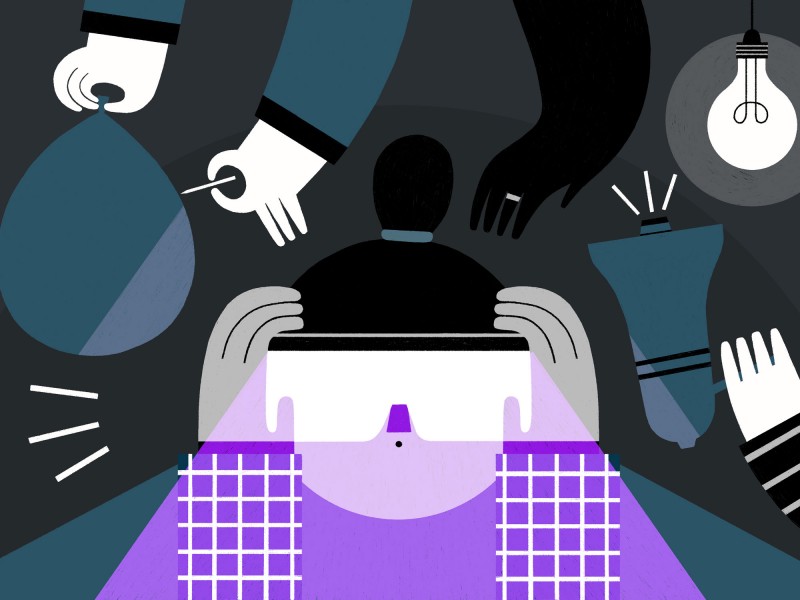