We arrived in the city at around 2pm so, by the time we’d checked into the hotel (in Alexanderplatz, heart of the old East Berlin) and unpacked, there wasn’t much of the day left. We decided that the best way to get our bearings was to walk to the city’s most prominent tourist symbol, the Brandenburg Gate. 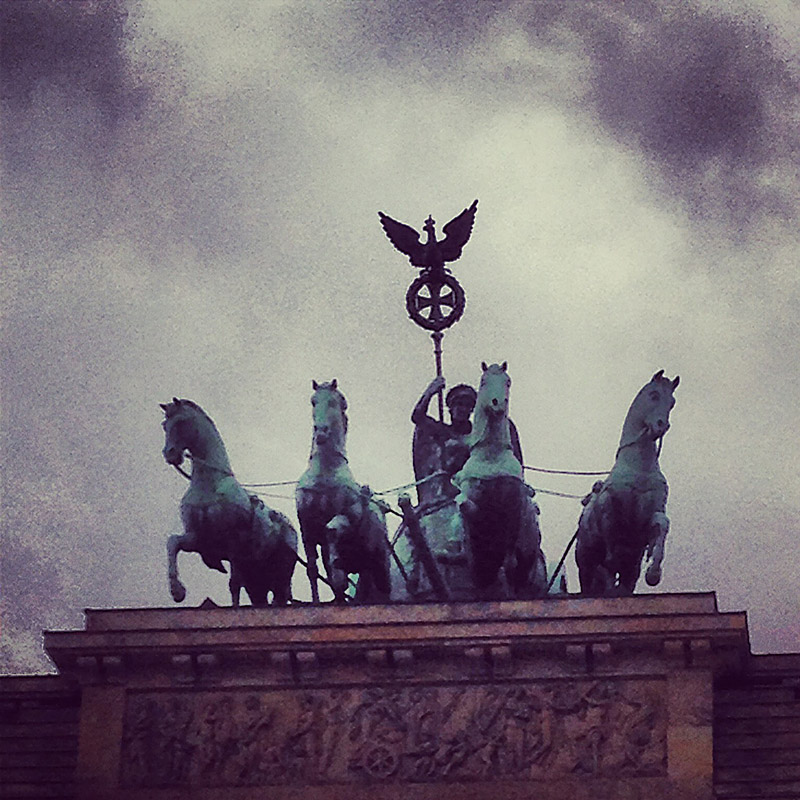 Our journey took us past the Berliner Dom, the imposing Neoclassical Protestant Church on the banks of the river Spree. Although it’s not actually a cathedral (it has no Bishop), this is the largest church in the city.

It was all but destroyed by allied bombings, but rebuilt and renovated by the Evangelical Church of the Union in the 1970s. It is claimed that the East German Government approved of the reconstruction as it brought western currency flowing into their economy.

Despite its tender age (this version of the building dates from the beginning of the 20th Century) the scale and ornament are almost unimaginable to modern sensibilities. This is a grand religious statement, akin to the much older, grand Cathedrals across Europe. 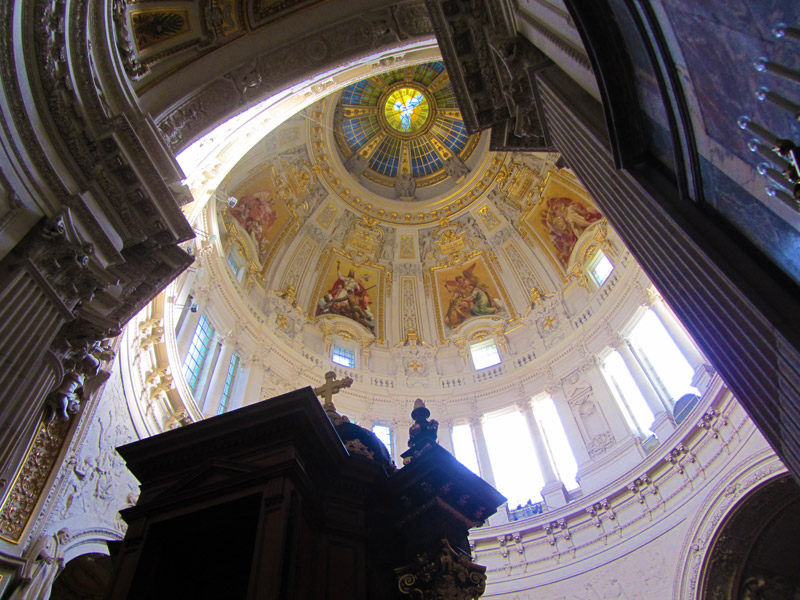 Highlight of the visit was a chance to walk around the outside of the dome, it gave a real sense of scale, and afforded us great views of ‘museum island’, the cluster of neoclassical galleries that we would return to in the coming days. 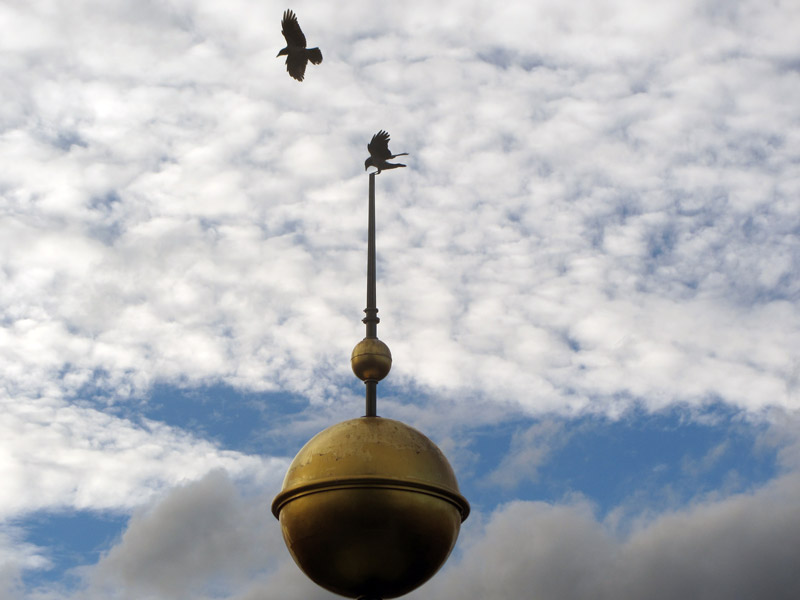 From the Berliner Dom, we walked down Unter Den Linden, towards the ‘West’, marked by the Brandenburg Gate. The area around the gate is an odd mix of touristy chintz, melancholic memorials, and modern political drama. Whilst we were there, hunger strikers shared the pavements with living statues and men dressed as border guards, LED-lit rickshaws picked up tourists and pedalled them past the holocaust memorial, round past the Reichstag and back to a Starbucks. 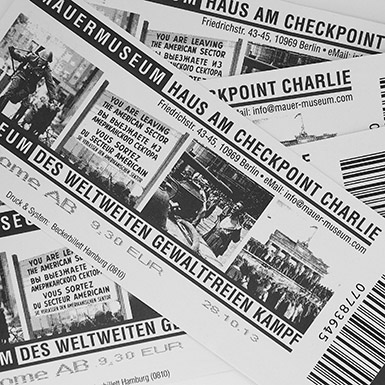 We found the Checkpoint Charlie Museum relatively nearby. Opened by human rights activist, Dr. Rainer Hildebrandt in 1962 this independent museum and charity is now run by his widow.

Centered around (and overlooking) the infamous crossing point in the Berlin Wall, the museum commemorates and celebrates the stories of those whose lives were affected and lost, trying to escape from East to West. Open ’til 10pm, the museum is incredibly popular, claiming 750,000 visitors a year.

It is one of the most confusing and poorly put together exhibitions I have visited in a long time, a muddle of corridors and disjointed rooms with no clear narrative, stuffed with tiny details but lacking in the most basic details (like a clear timeline). The rooms were packed and uncomfortably hot and the staff were, perhaps unsurprisingly, stressed and snappy.

Whilst turning to leave (in what seemed like a circular tour) we spotted a room that we’d not been in, that led to another, and another, and another floor, and a whole corridor with rooms showing feature films on continual loops, and a section on world-wide human rights struggles (and Ghandi’s sandals), and lots of sculptures and painting.

Despite the confusion and disorientating layout, the individual stories and details were fascinating. There were tales of people being smuggled out in car engine compartments; the Stasi’s photographic records of those who were caught; flying machines built from Trabant parts; and many tales of incredible bravery.

The museum feels like it has grown organically since the 1960s. It has multiple entrances and extensions making it feel like new rooms have been added, ad-hoc, to house exhibits (the Ronald Regan celebration room feel extremely incongruous, even if he did make the ‘tear down this wall’ speech).

It feels like a hobby museum, the personal collection of a dedicated couple whose lives have been devoted to the task. And, it looks a little like they may have designed the graphics, interpretation and wayfinding themselves too.

It desperately needs a dispassionate external perspective to reorganise the incredible collection and give context to the amazing stories.

We stumbled out into the cold, more confused than informed, heading back east across the city, we passed Checkpoint Charlie, manned by more men dressed as guards and as GIs, having their photos taken with bemused tourists like us.

We devoted day two to Museum Island. Well, we didn’t, we began the day with a… END_OF_DOCUMENT_TOKEN_TO_BE_REPLACED

I’ve just returned from a five-day family holiday in Berlin. I’m calling it a holiday but,… END_OF_DOCUMENT_TOKEN_TO_BE_REPLACED