This one day symposium, run by Julie’s Bicycle, had grand ambitions. They explored climate justice and ways that working with shared purpose can generate social, economic and creative value that imagines, and crafts a better tomorrow. Emma attended in person and tells us about the day.

Held in The Birmingham Rep, we began the day with a mesmerising performance from Kadaily Kouyate, a Senegalese musician playing the kora.

Julie’s Bicycle fonder, Alison Tickell welcomed us. She told us that the sector will have a presence at Cop27. This will be the first time the sector has been represented and marks the significant progress made by across all areas of arts and culture.

The day was separated into streams, each was a mix of talks, discussions and performances. Then the three strands merged at the end of the day.

In my stream, we were thrown straight in the deep end with our first session: a discussion about how to lead climate action with care and respect – We Need One Another.

Actor and activist, Fehinti Balogun chaired the conversation with charisma however the stand out from the panel was Amahra Spence, co-founder of MAIA an artist-led social justice organisation.

Spence captivated the audience with her numerous quotes from Black Feminist writers and talked about how we have to stop waiting for individuals to lead. As she said, a movement happens by working together.

The panel were in agreement on the importance of taking accountability throughout this discussion, being radically honest with ourselves and having a strategy to utilise our limited time.

Panel discussion: We Need One Another

Next up, the first showcase of my day – Making Justice Work.

An all-female panel talking about the action they’ve taken in their creative roles. Each member of the panel gave examples of how leaders and organisations should empower individuals with access and knowledge.

Zahra Davidson, the founder of HuddleCraft, an ecosystem of support for peer-led learning and action, talked about how one of their programmes has encouraged women to reflect on their finances and avoid funding from fossil fuel sources.

I was really interested in this; it’s a topic we often touch on in the Cog studio. At Cog we’ve had an ethical framework for more than 20 years that states we won’t work to benefit (amongst others) petrochemical companies. I was impressed with the courage of those participants to take action in this area.

Violinist, composer and producer Anna Phoebe closed the session by talking about how the environment has influenced her work, notably whilst composing for the International Space Station. Her performance, over an ocean-sound backing track, was stunning.

I broke for lunch, inspired and looking forward to the afternoon.

The afternoon showcase I chose to attend was about cultural organisations becoming more resilient to climate impacts.

After lunch I switched streams.

Step into your power.
Chinonyerem Odimba

Sandwiched between performances I attended the Showcase: Adaptation & Upheavals.

Pravali Vangeti from the Climate Heritage Network talked about the importance of young people’s voices and giving them a chair at the table. Creative Director of MOE+, an architecture firm in Lagos, Papa Omotayo explained the changes their practice has made in Nigeria having to adapt to the environment being in an area impacted already impacted by climate change.

Panel discussion: We Don’t Care When Your Net Zero Target Is!

The last session of my day was the brilliantly titled We Don’t Care When Your Net Zero Target Is!, chaired by Feimatta Conteh who sits on the advisory committee for the Theatre Green Book. I was particularly interested as the editor of that book (of practical guidelines) has previously been a Breakfast Briefing guest at Cog.

The panel discussed the definition of Net Zero, debating how the term has positive and negative impacts. It’s a useful target for everybody, it’s quantifiable. It’s been successful as a branding exercise. But these numbers can be reductive by acting as a comfort blanket to give the impression we are doing enough.

The catering of the conference was, perhaps obviously, plant-based. The final question from an audience member to the panel asked whether cultural organisations and venues should become plant-based, demonstrating their commitment to sustainability. Each member of the panel nodded straightaway in full agreement. An overwhelming yes. Our diet is something each of us can individually control when often we feel we have a lack of control, this really sat with me.

The summary of this discussion was that we don’t care what your net zero target is. Don’t jump straight to using the phrase to brand yourselves as sustainable, actually do the work and be realistic about your impact.

Alison Tickell wrapped up the day, along with writer and director Anthony Simpson-Pike who had helped to curate the day.

It was fascinating to hear from such a broad and diverse group of guests including musicians, actors, writers and activists from all around the world.

What I found most inspiring and influential was hearing from young people, with big voices. It was notable how young the majority of attendees were. Most people I spoke to were younger than me.

We cannot escape that our future is in danger from climate change; it’s wonderful to see this younger generation talking with such passion and authority about the topics involved. 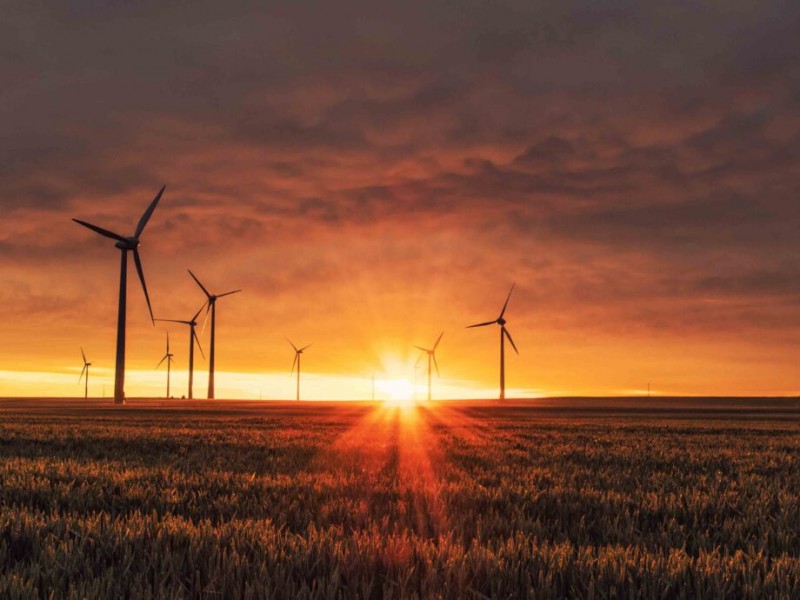 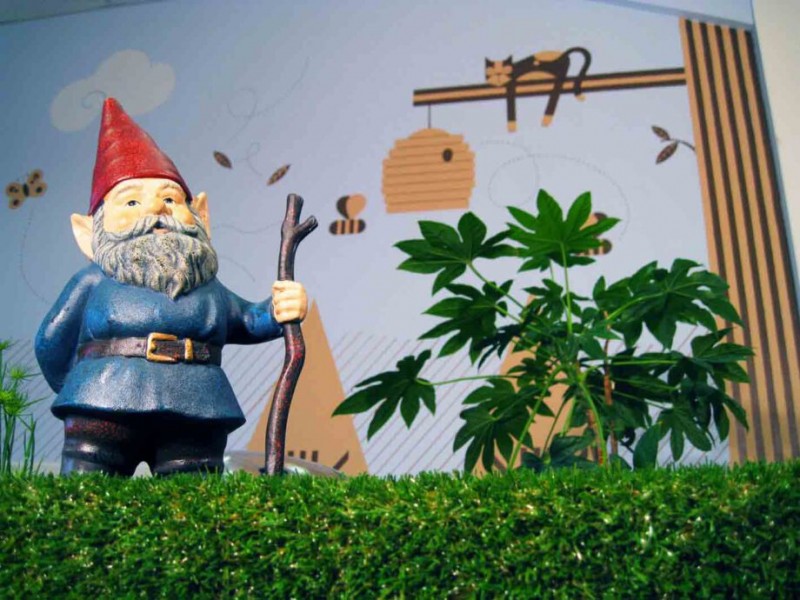 Toward a sustainable studio

We've worked towards a sustainable studio for decades. We've been inspired to share our approach. 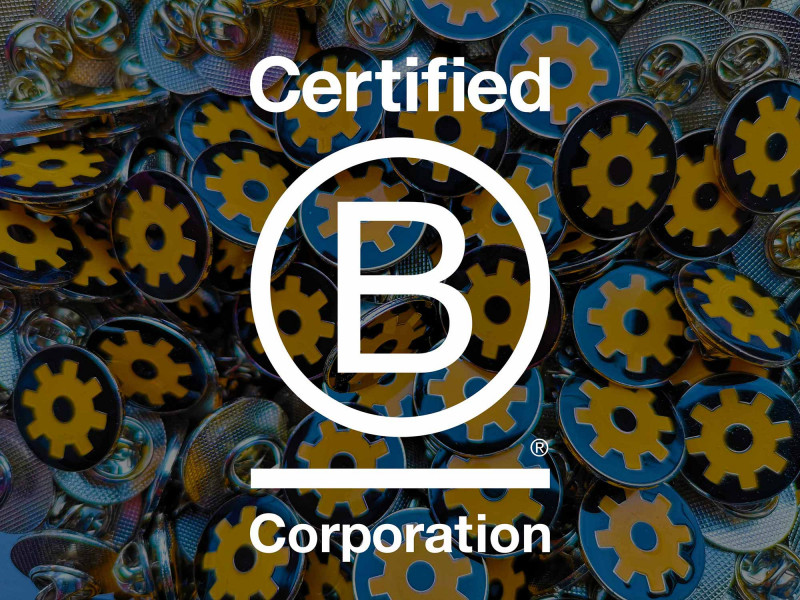 Cog is a B Corporation

We are proud of our B Corporation Certification. Profit is vital and so is being sustainable, equitable and inclusive. 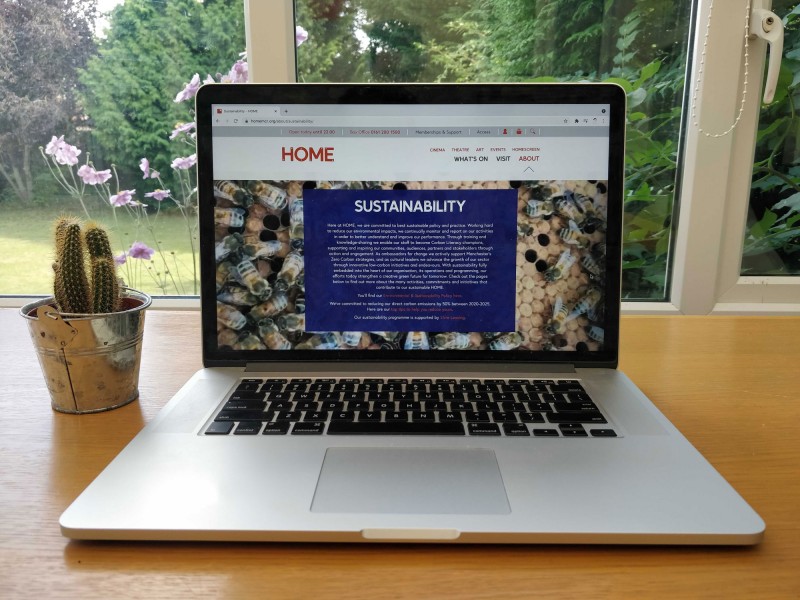 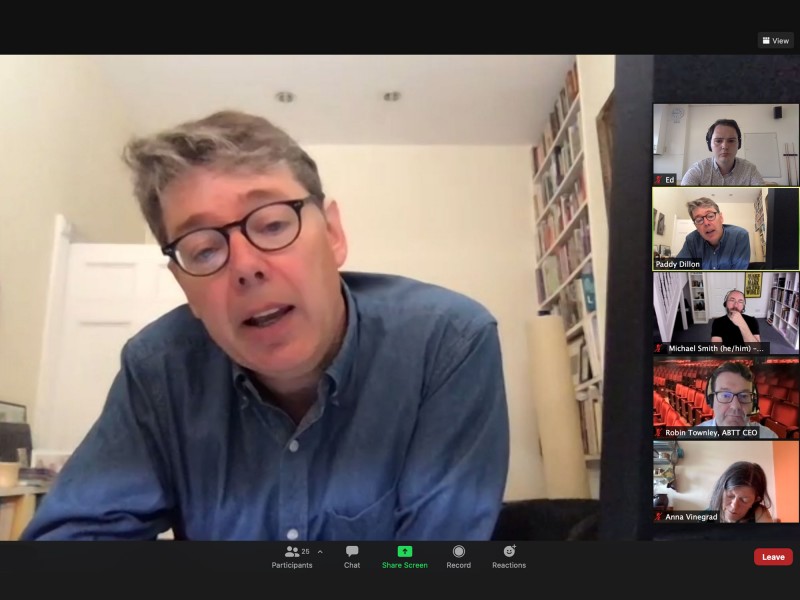 Our breakfast briefing this morning was led by Robin Townley and Paddy Dillon who told us about the Theatre Green... 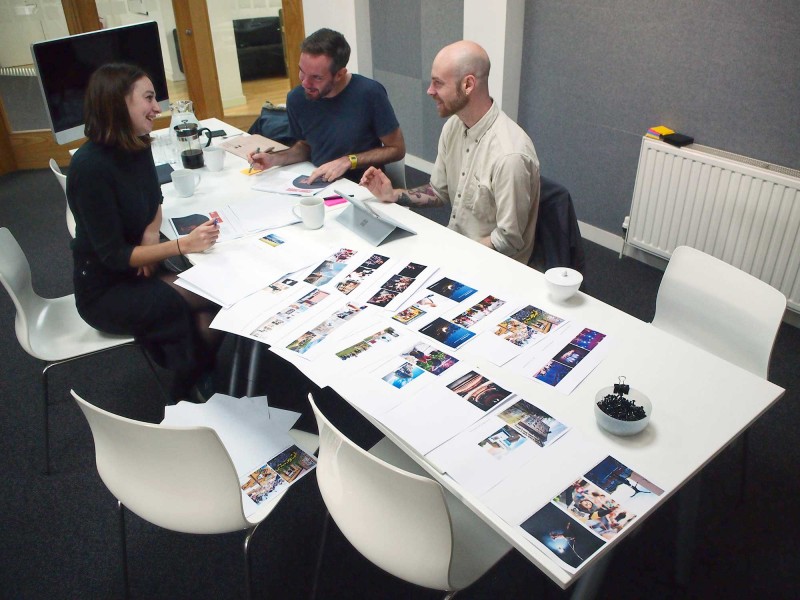 Sometimes, the best way to make decisions is to just lay everything out and point at stuff. Here's Anna, discussing... 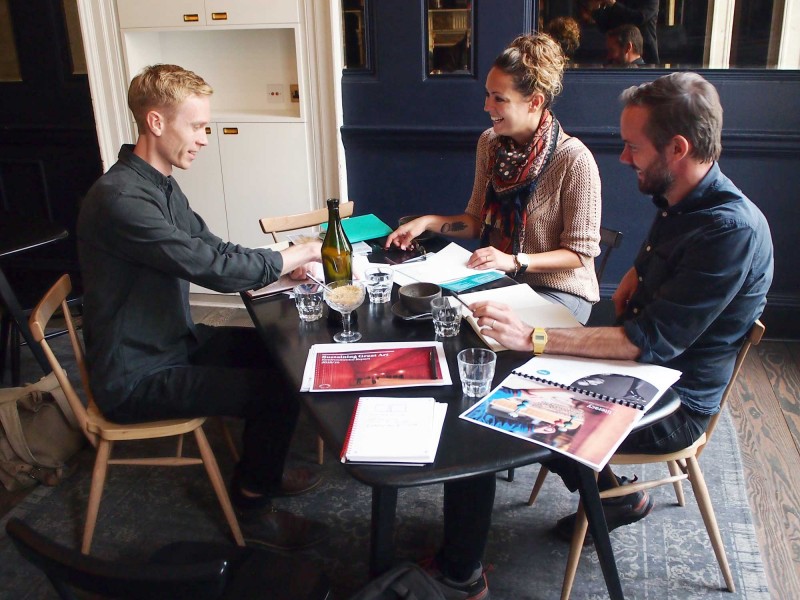 Michael and Dan are at Somerset House, meeting with Laura and Paul from Julie's Bicycle about this year's Sustaining Great... 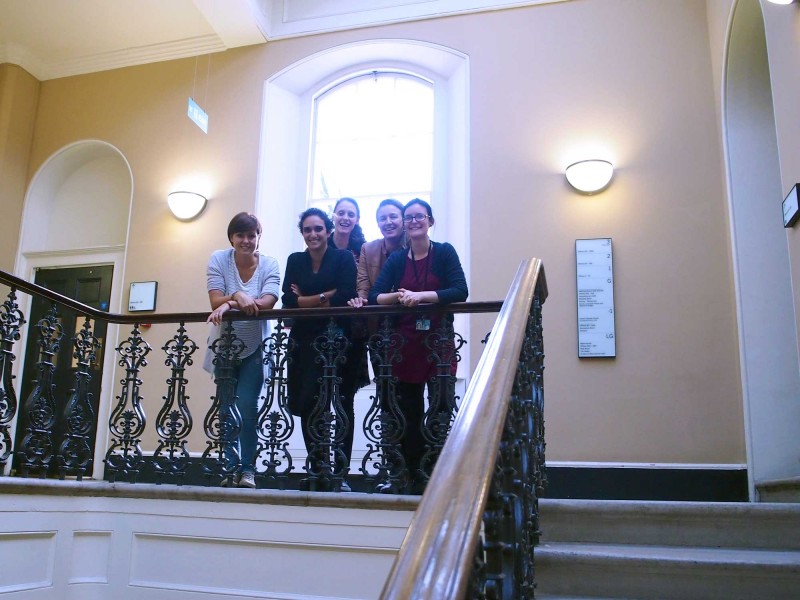 Michael's at Somerset House for a kick-off meeting with new clients, Julie's Bicycle. 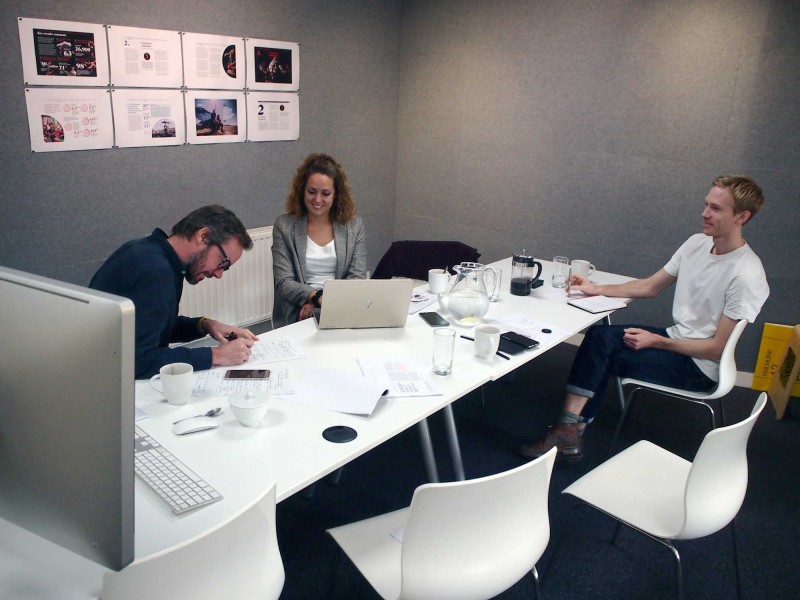 Paul and Laura are here from Julie's Bicycle. They're chatting with Dan and Michael about the report we're working on.