Good Fucking Design Advice (GFDA) is an initiative from New York designers Brian Buirge and Jason Bacher. As part of a European visit, telling their sweary story, they were in London for an evening hosted by the design agency Mellor&Smith. Attracted by the event title we were there to learn how to Take Fucking Risks.

In an upstairs room at the Bunch of Grapes in London Bridge, we gratefully accepted a free beer (craft ale, obviously) and chose a row of the deliberately mismatched dining chairs, beneath an ironic avant-garde light-fitting. I’d have called the space ‘hipster’ ten years ago but for London Bridge this is now the epitome of normal.

We’d arrived unfashionably on-time so we got to see the Mellor&Smith slide-show play through many times before the event began. We saw their Miami Vice style staff photoshoot, intermingled with work for the Home Office, M&S, charities, start-ups and business consultancies.

First on the mic, Creative Director James Smith introduced the evening and his business partner, Design Director Paul Mellor. But as the handover happened the tech fell over. James filled admirably. 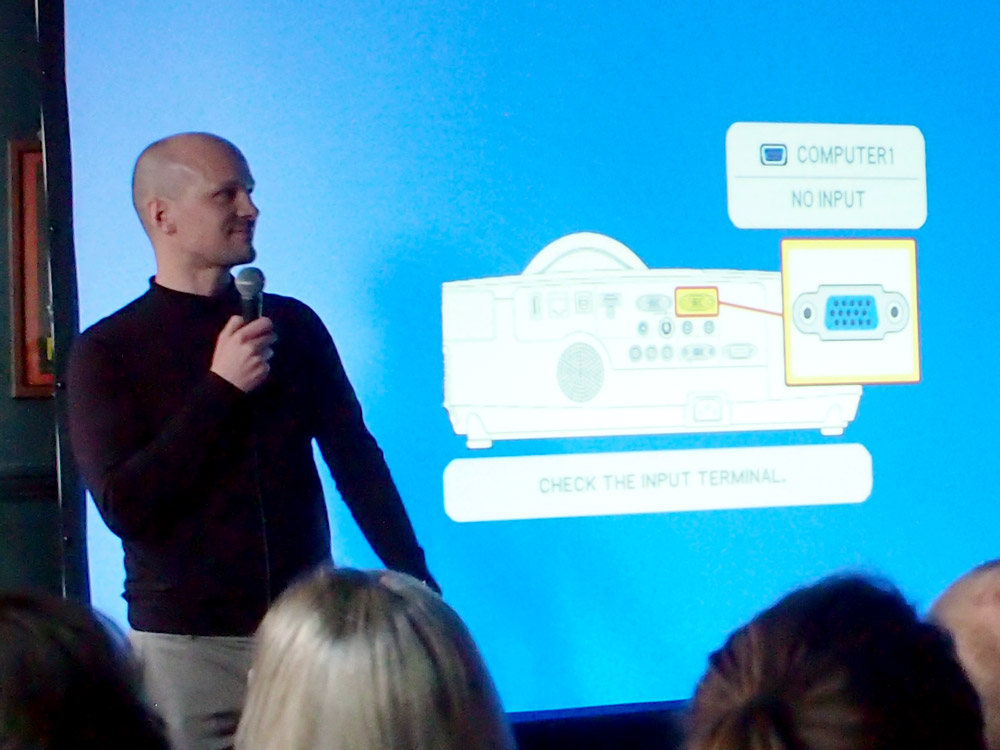 Mellor&Smith’s Creative Director, James Smith, filling in as the technology is sorted out and the PowerPoint rebooted.

Dressed in bright red trousers, Paul talked us through his design philosophy. He and James have reinvented their agency in recent years. Frustrated with their lot, they sought change. They have subscribed to the philosophy that good design, or at least engaging design, should be about “balls out” risk taking. 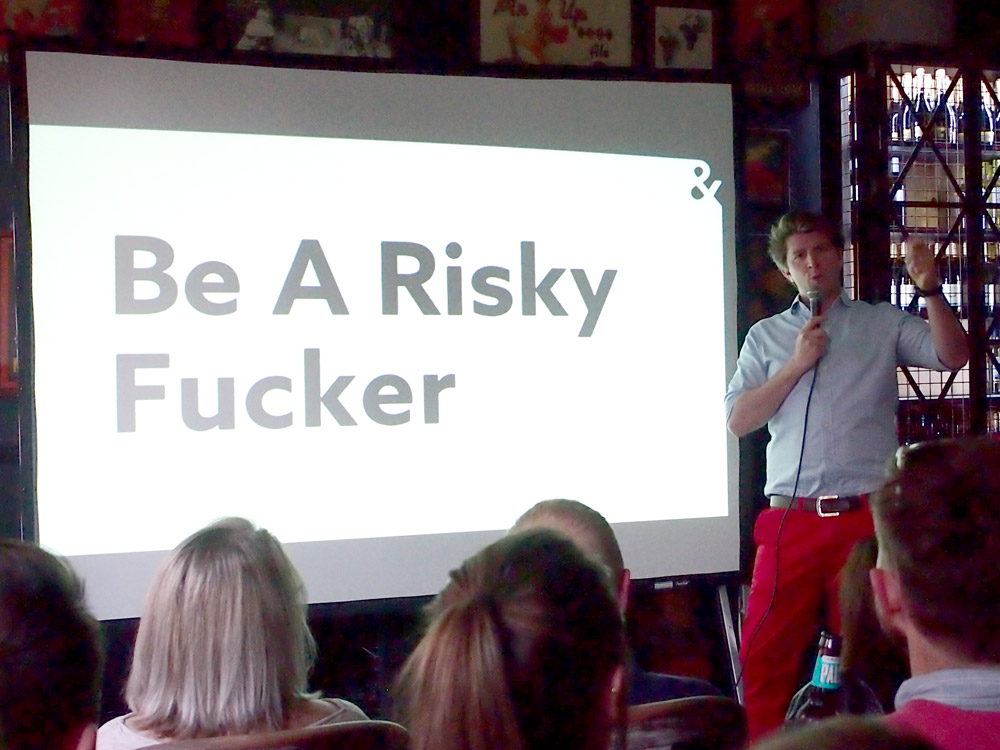 Paul talked about his heroes (including Phillip Stark) and spoke about the need to stand out from the crowd by using humour. He talked about brave decisions being all-powerful, about how most clients aren’t courageous enough to take risk, about how most advertising spend is wasted because nobody remembers it.

He showed several fun videos. The example that stood out for me was this YouTube sensation for DollarShaveClub.com

To be honest, that isn’t a philosophy I agree with. Humour has its place, and standing out can be important, but the endless promotion of ‘aggressively wacky’ ideas and the constant need for reinvention often feels inappropriate to me. I think people sometimes confuse ‘effective’ design with ‘memorable’ design, and that can lead to some skewed doctrines.

That’s not to take anything away from Paul’s delivery and the examples he presented. I admire anyone who stands by their conviction and makes things happen, even if I don’t happen to agree with all they have to say. 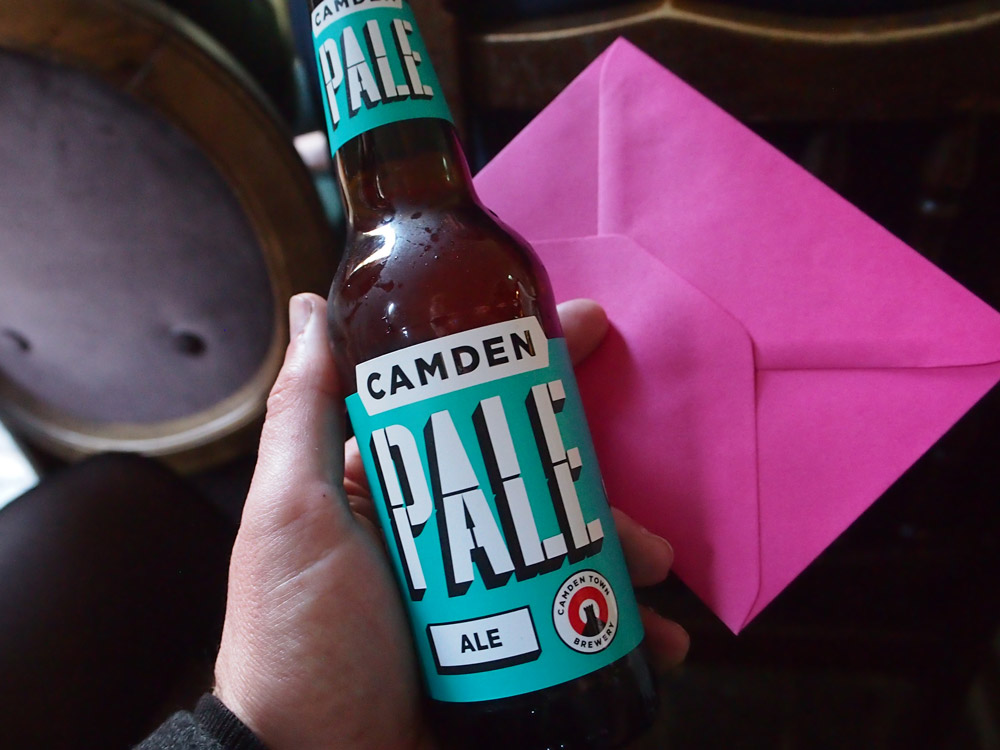 The generously supplied craft ale – thanks to Mellor&Smith

After a short break, and more craft ale, we were back to hear from the GFDA boys – self-proclaimed ‘good cop’ Brian and ‘bad cop’ Jason. They were here to tell their story, a story they have told hundreds of times before. They’ve become pretty slick at it. 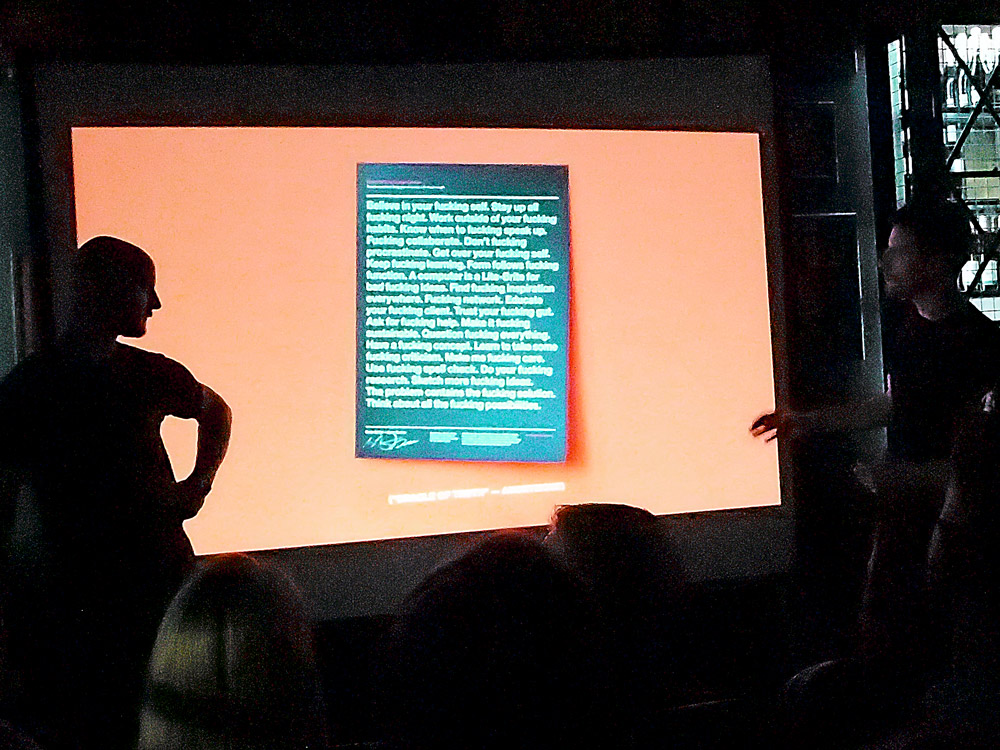 GFDA’s Brian and Jason showing us their ubiquitous poster

We have a sweary GFDA poster on our studio wall. It turns heads (although people rarely comment) and I hope it inspires in a way that standard inspirational posters never seem to. I’d like to pretend we were in at the beginning, that we own a very early edition, but actually I think we were pretty late to the party, having ordered ours in 2014.

As Jason and Brian tell us, they first started swearing for a living more than a decade ago. 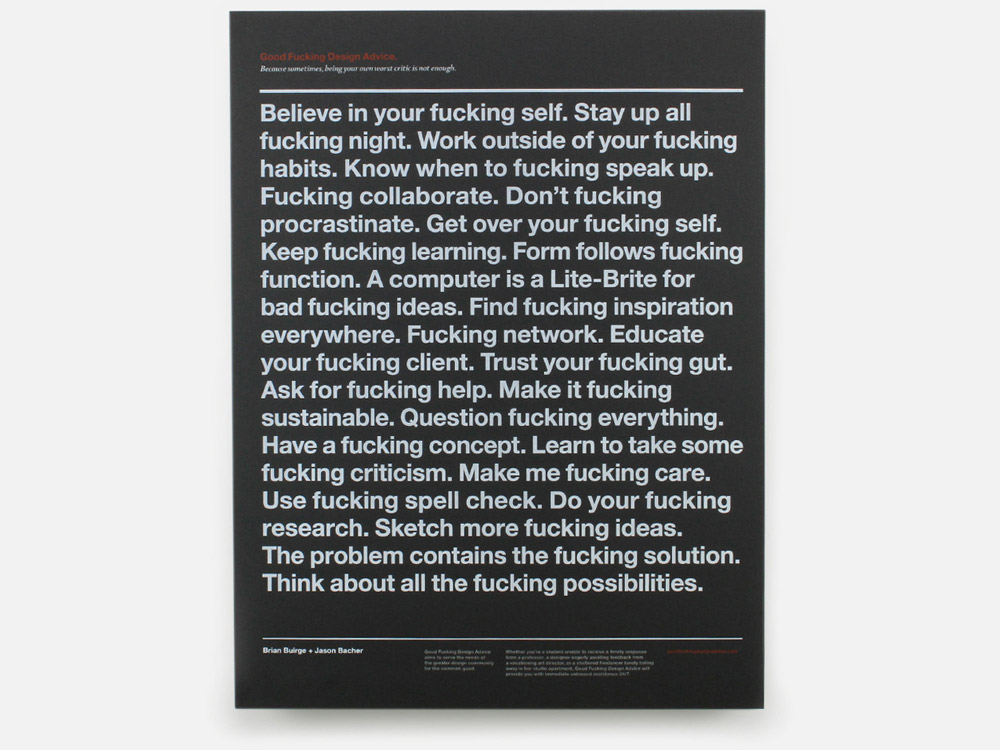 As inexperienced design course tutors, they were struggling to make a useful impact on the lives of their students. Then they hit on the idea of a website delivering simple, impactful advice with profanity.

With an investment of a few dollars (mostly on celebratory beer), they built the site and made it live. Within days they had hundreds of thousands of hits and their path was set.

They told the story of their first poster. They pre-sold hundreds but had no real plan for printing or dispatch. They catalogued the disasters that followed – everything that could go wrong did go wrong.

Lessons learnt, one would have hoped, they moved on to t-shirts and mugs. But again their lack of preparations meant they were always doomed to fail. No one had checked that the US Mail would be happy to carry boxes marked ‘fucking’ (they weren’t); nobody had tested that you could tightly wrap a mug in an undersized box without it breaking in the post (you can’t); nobody foresaw the need to over-order t-shirts to account for errors (you have to); nobody had calculated how long it might take to hand-sign, roll and pack hundreds of posters (more than a day).

I know they were exaggerating for effect; I suppose it’s what gets the laughs; I guess a young design-audience loves to hear that other people also make mistakes. But is it really inspirational to listen to tales of incompetent planning?

It is genuinely inspiring to hear from people who are prepared to stay up all night and throw everything at a problem. But I think it’s ‘cooler’ to use your resources to make stuff better, rather than just digging yourself out of holes you’ve fallen into. I know, I really am that boring.

Don’t get me wrong. I love the GFDA philosophy. I fully embrace the use of profanity for both impact and humour. I am very proud to display their poster on our studio wall. And I love that Brian and Jason can travel the world encouraging others to ‘take fucking risks’. But for me there is a difference between a can-do attitude and a can’t be bothered to plan approach – I would have preferred more celebration of the former rather than anecdotes about the latter (something more like this video).

We came expecting to learn a little about how to ‘Take Fucking Risks’. I’m not sure we did that but we had fun, drank beer, listened to passionate people talking about their work and inspiraition, and thoroughly enjoyed the evening.

Many thanks to Mellor&Smith for organising it all and making it happen. I’m sure we’ll be signing up to more. You can too via their website. 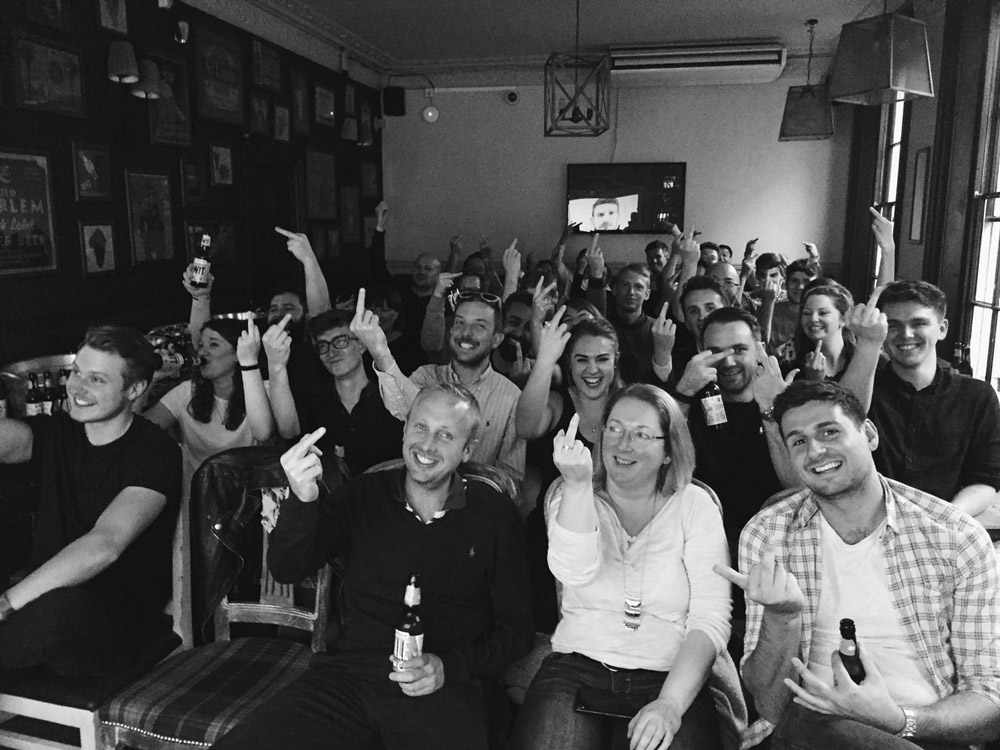 An enthusiastic crowd give our speakers the bird. Can you spot the Cog team?. Photo taken from GFDA’s Twitter.

And if you want some Good Fucking Design Advice do visit their site or follow them on Twitter. 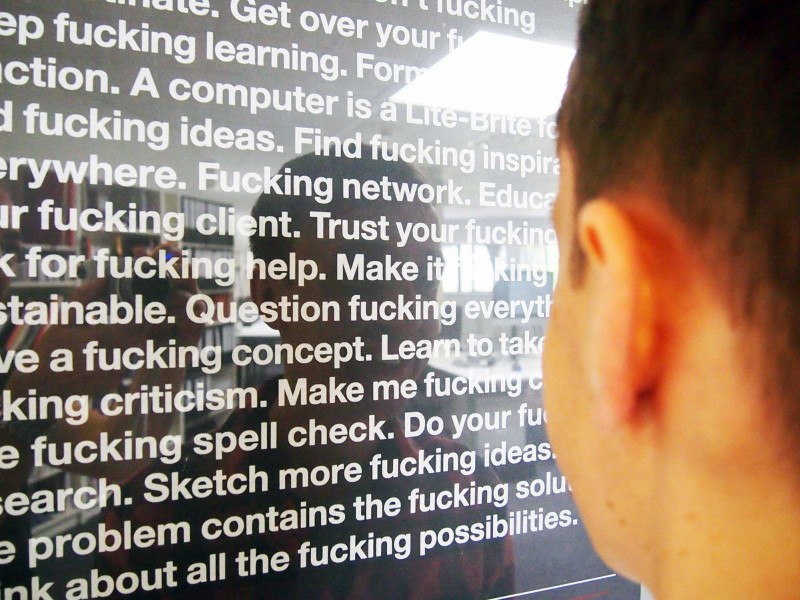 We’ve just bought this inspirational poster from the GFDA company. Joe is studying it intently. 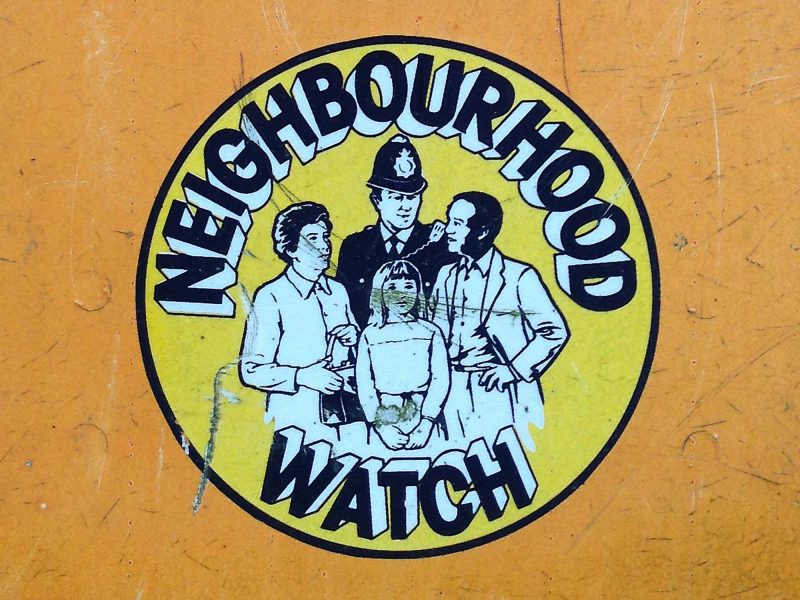 This is a Neighbourhood Watch area

In the mid 1980s an angry teenager stood at a bus stop, transfixed by a sign on a lamppost. Three... 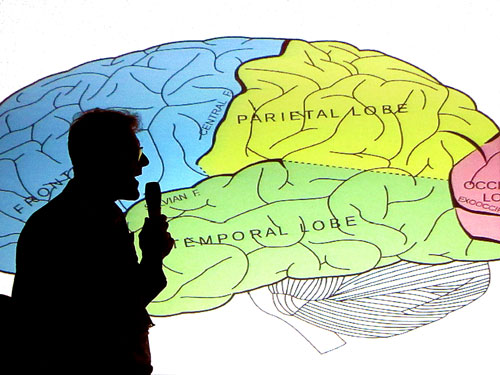 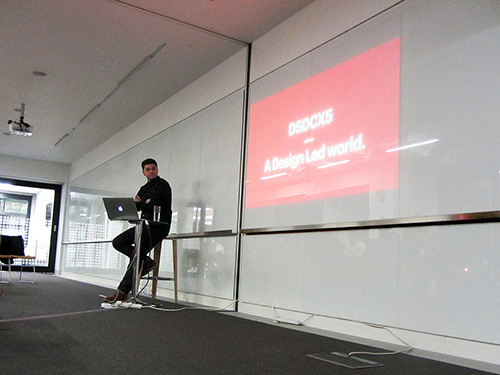 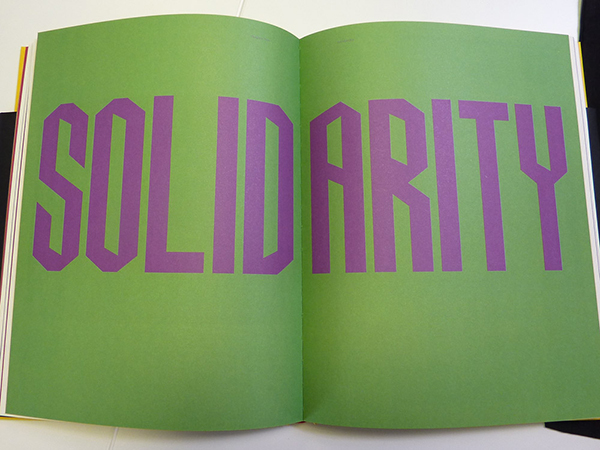 On a Tuesday evening in July, Ross, Jenny and I hurried from the studio to Shoreditch to see designers Sarah... 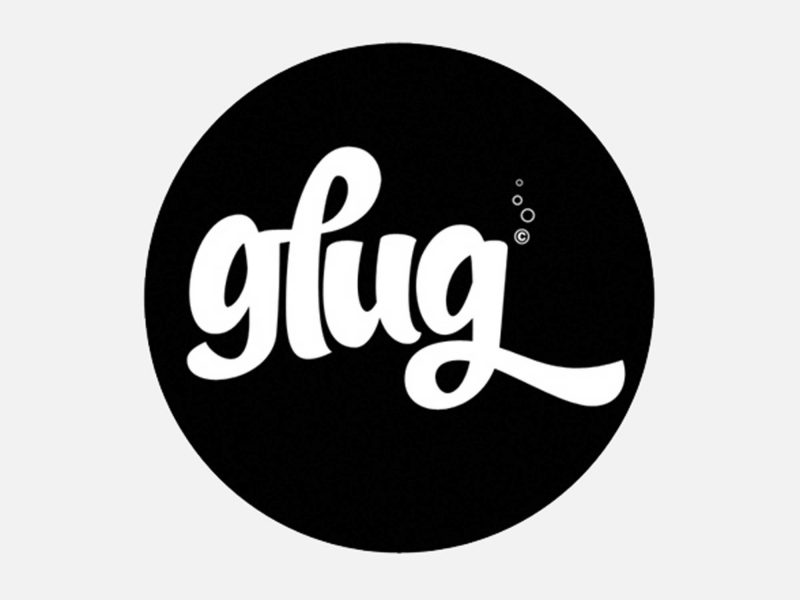 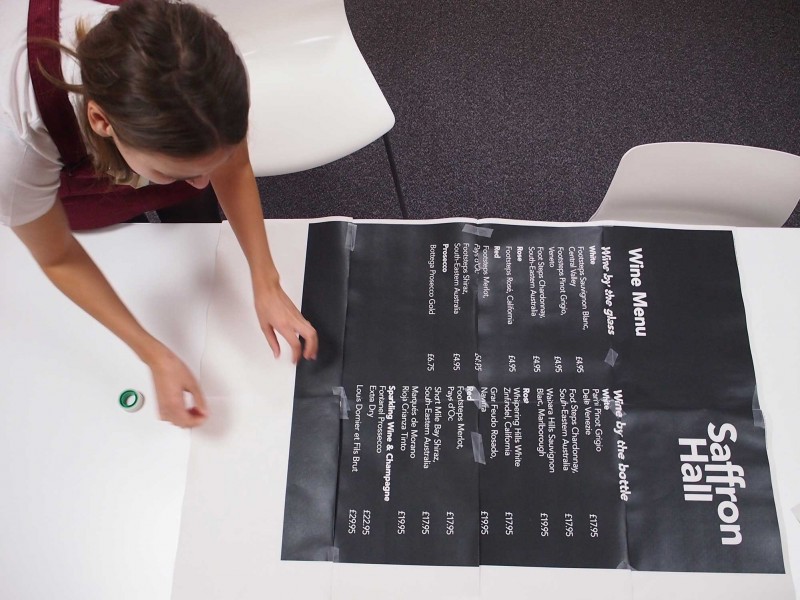 There's no substitute for seeing things at full size. Here's Anna working on a drinks list for Saffron Hall's newly... 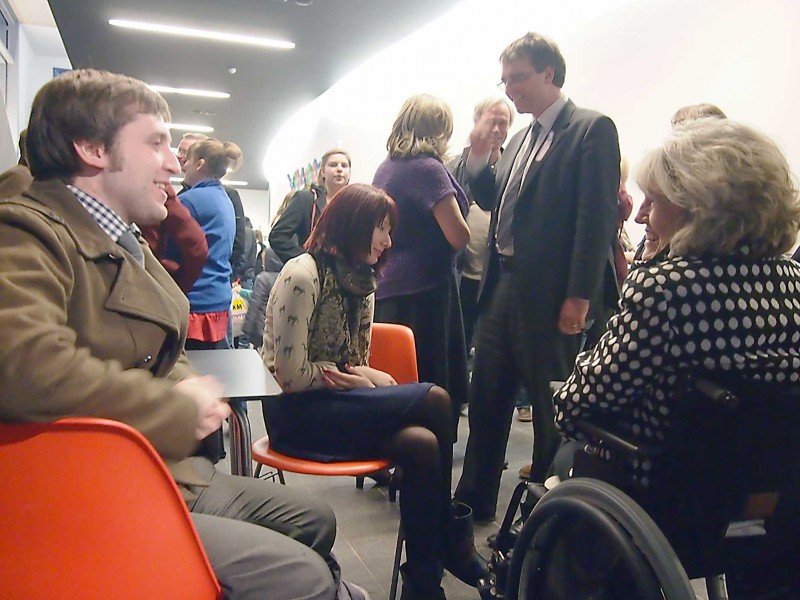 Michael went to The Marlowe Theatre to watch their Sleeping Beauty panto, Here’s (some of) the Marlowe team, Ben Travis,... 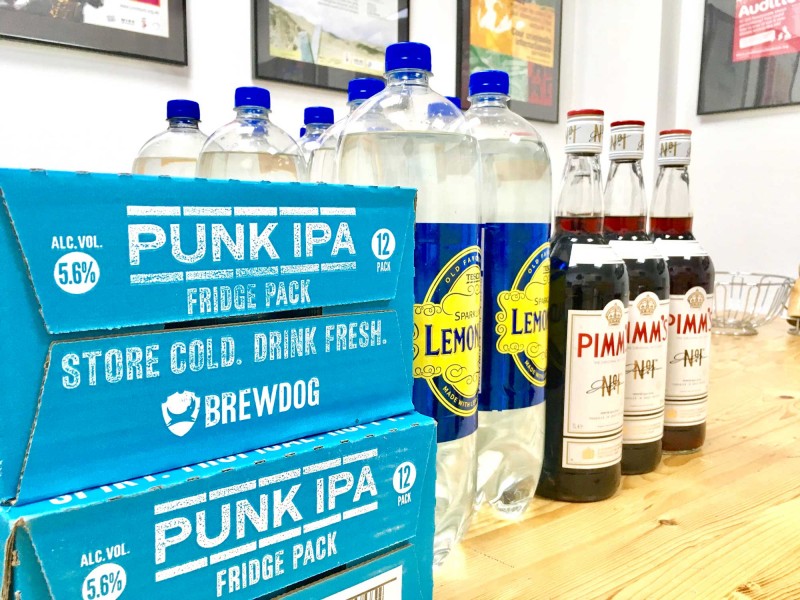 We are stocking up, ready for Drinks Thing on Monday - do you think we have enough? 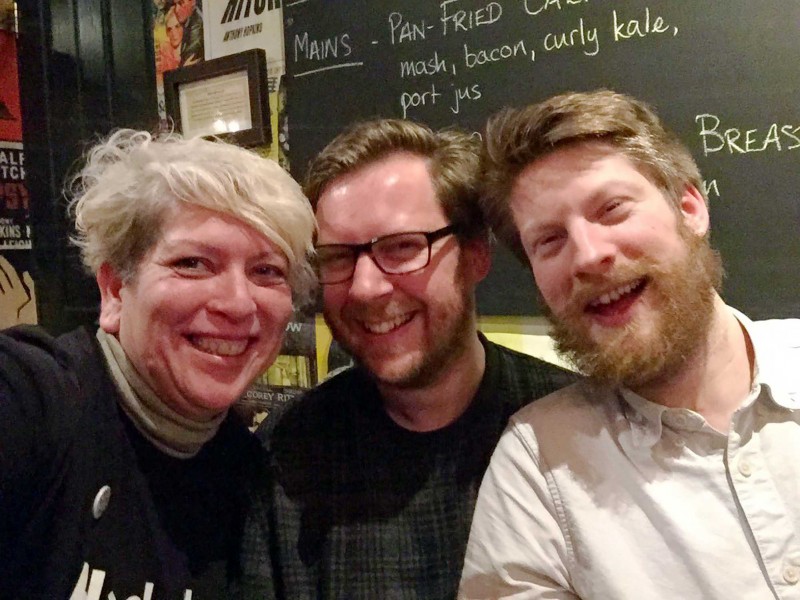 Jack popped to DrinksThing (a meet-up for culture/digital folk and everyone else). Here he is with Will from the Science... 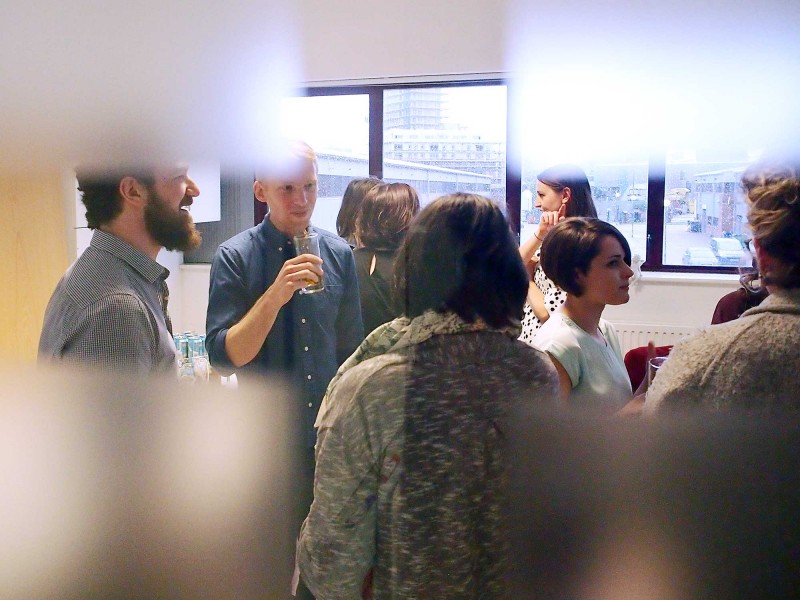 Everyone enjoying a chit-chat at Cog for DrinksThing