In these strange times, when COVID-19 has us in lock-down, where’s the best place to get our cultural fix?

I love getting out and seeing live performance. I revel in the feeling of spontaneity. But in these strange times, when I can’t get out, I’m relying on broadcast media and the internet to get my cultural fix.

With a little bit of research I’ve unearthed dozens of dedicated channels and outlets. And I’m sure there are plenty I’ve missed – let me know and I’ll add them. Maybe it’ll grow into a useful resource for others. 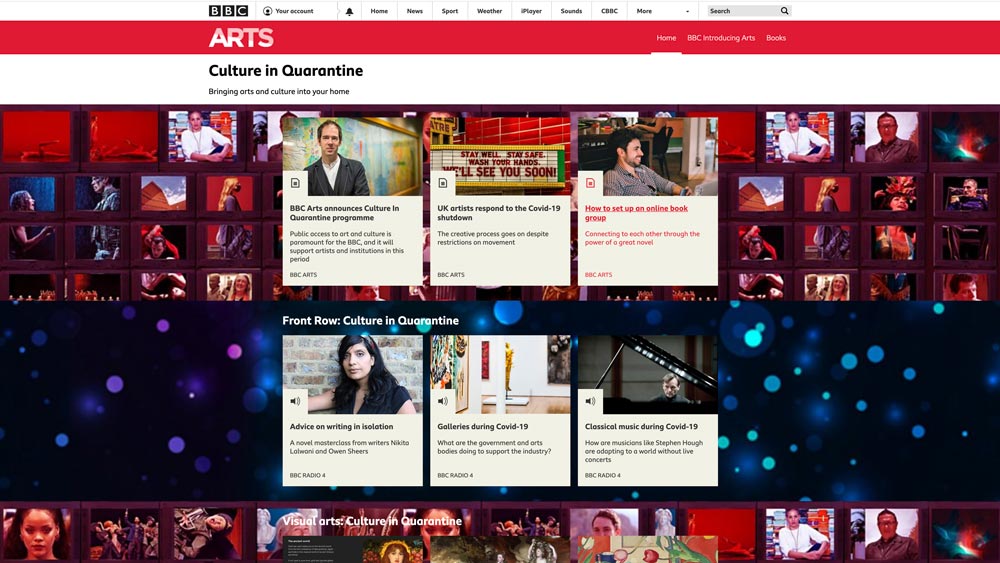 As ever, the marvellous BBC have stepped up. BBC Arts has announced a comprehensive programme: Culture in Quarantine.

I’m particularly looking forward to Mike Bartlett’s Albion and Emma Rice’s production of Wise Children. Plus the chance to catch Christopher Eccleston again in the brilliant RSC production of Macbeth. And Battersea Arts Centre’s Beatbox Academy production of Frankenstein: How to Make A Monster. Plus there’s exceptional stuff on the radio and they are announcing new work all the time.

All the extra content is free within your TV license! 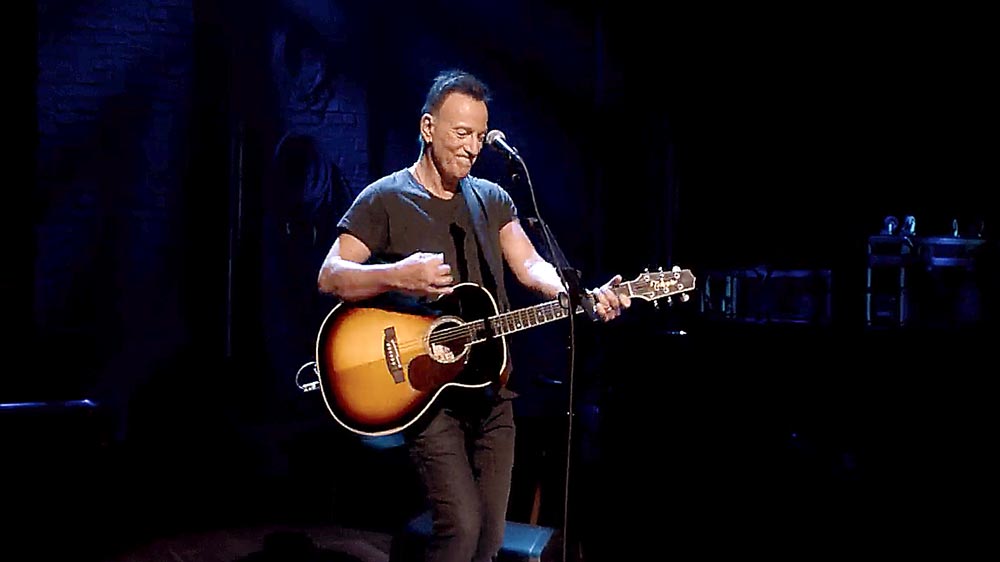 The all powerful Netflix have got some amazing content, including classic musicals and dance films. Highlights from their own content include Springsteen on Broadway, filmed as part of his intimate residency in NY, and Homecoming: A Film by Beyoncé.

They offer a 30 day free trial. 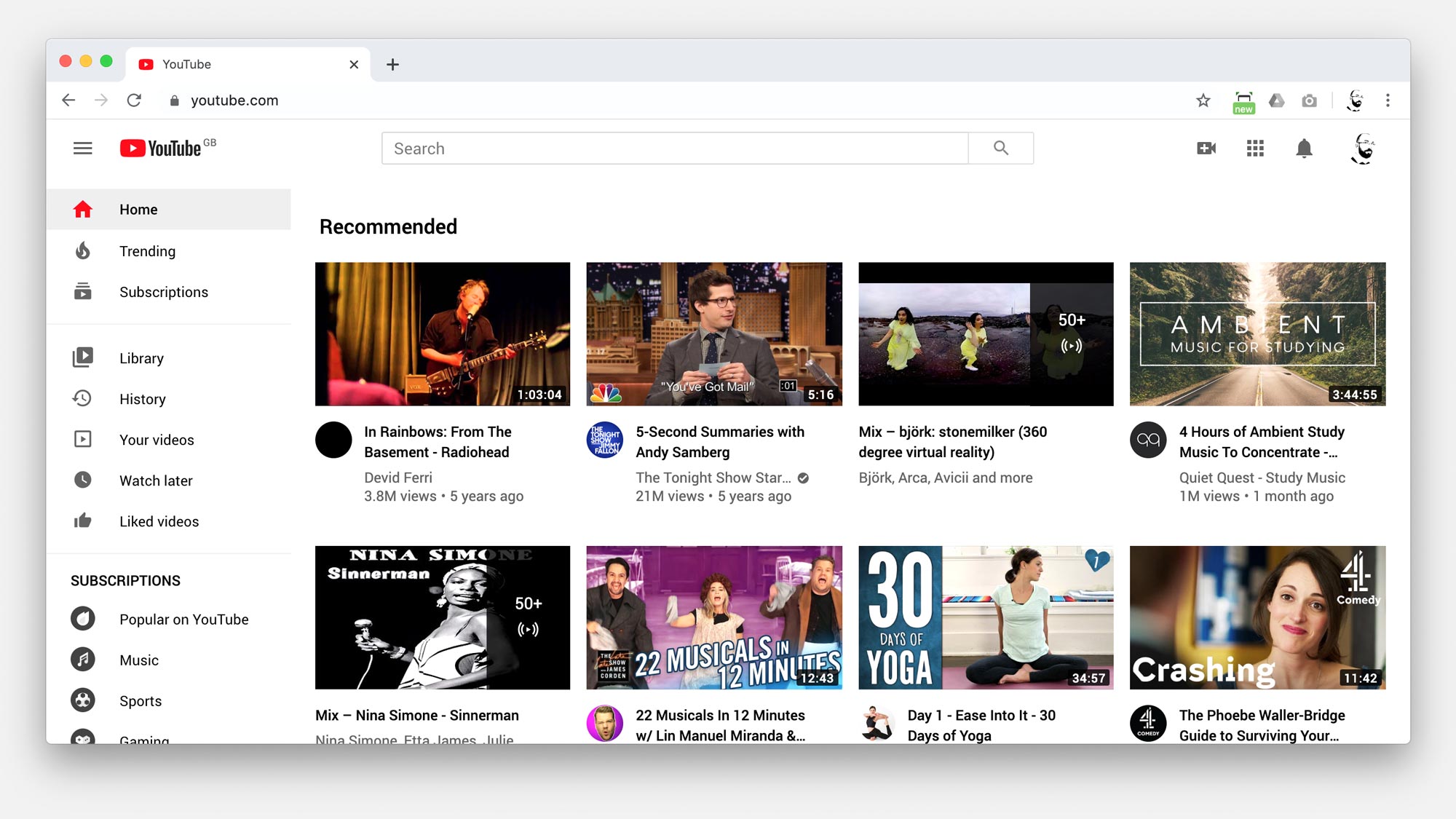 It’s incredibly simple to upload content to YouTube, and it provides a potentially massive reach. So it’s not surprising that it’s the go-to place for most arts organisations.

Many have lots of great interviews and behind the scenes content, and plenty are using YouTube to host full length works during these exceptional times, including:

National Theatre hosting a show each week from 2nd April 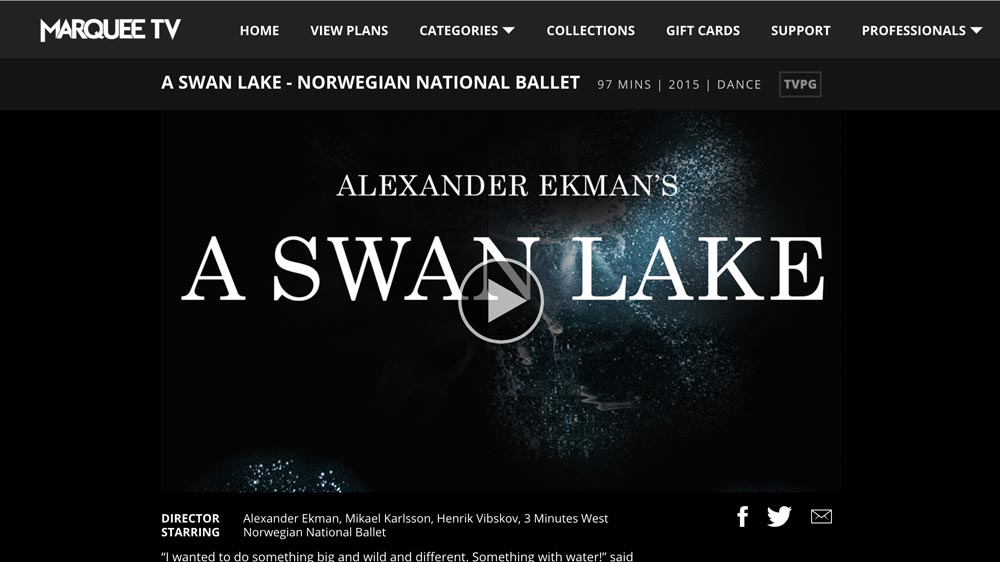 One of the big players in streaming live arts, Marquee have lots of recordings of RSC productions (and plenty of free interview content), plus The Royal Opera House, Sadler’s Wells, Bolshoi, and Glyndebourne.

They’ve got a 30 day free trial offer. You can watch a lot of Shakespeare in that time (well, at least the Henrys). It’s £8.99 a month after that. 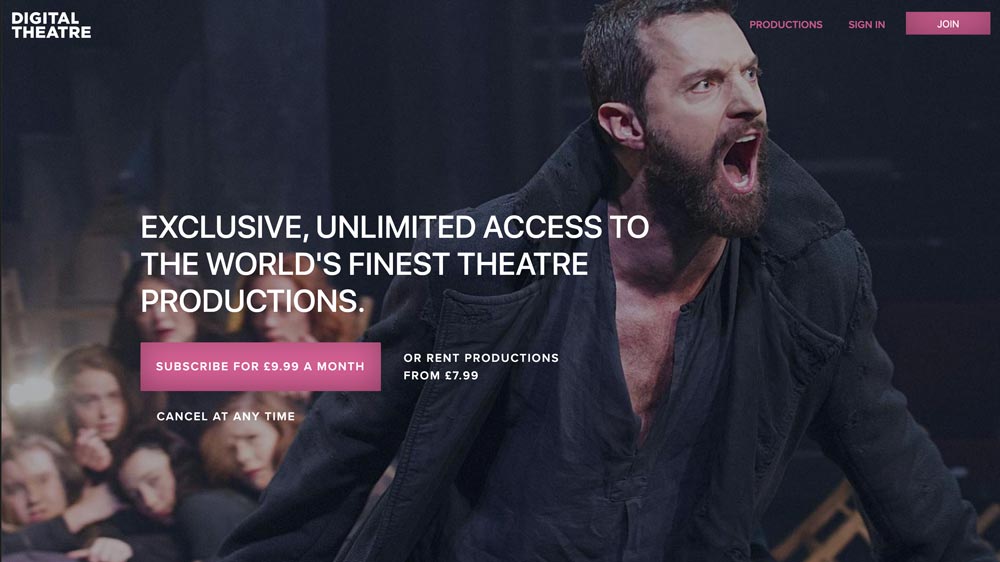 Digital Theatre have got work from the Old Vic, Lyric Hammersmith, Sonia Friedman Productions, Almeida and Young Vic. Plus plenty of international work, classical music, dance and the like.

A subscription is £9.99 a month or rent individual productions for £7.99. Maybe it’s worth that just to see Richard Armitage in The Crucible, it was great and I remember it being about 4hrs long. 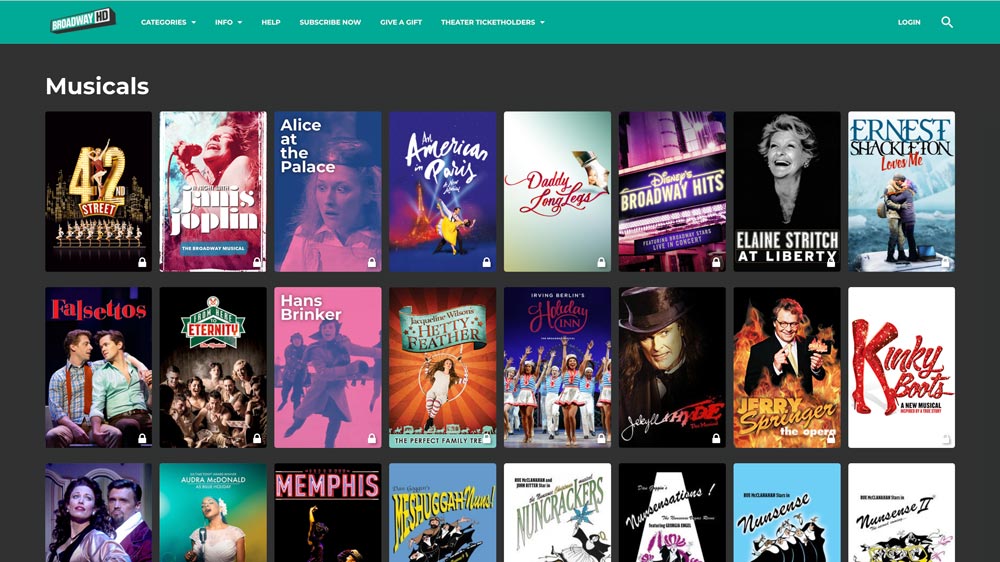 A comprehensive one-stop shop for Broadway productions – new and vintage.

There’s a 7 day free trial offer and then it’s $8.99 a month. Plus they’ve made Oklahoma! (the NT production with Hugh Jackman) free this weekend. 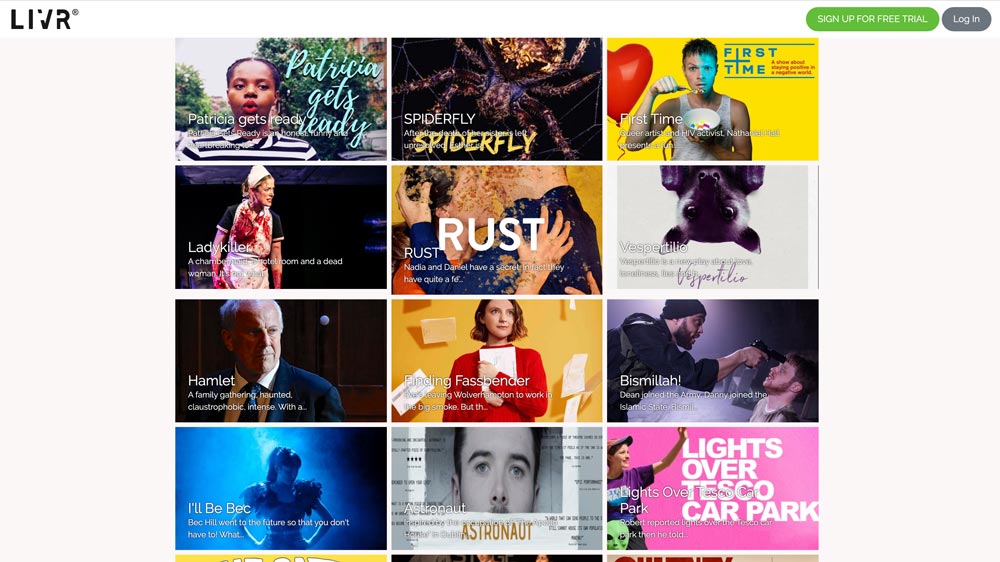 Claiming to be the world’s first virtual reality content platform dedicated to theatre. LIVR already has lots of our favourite Fringe shows, including  Ladykiller and Patricia Gets Ready.

They’re adding eight shows a month. There’s a 30 day free trial. Register and subscribe for £5.99 per month and get a free VR headset. 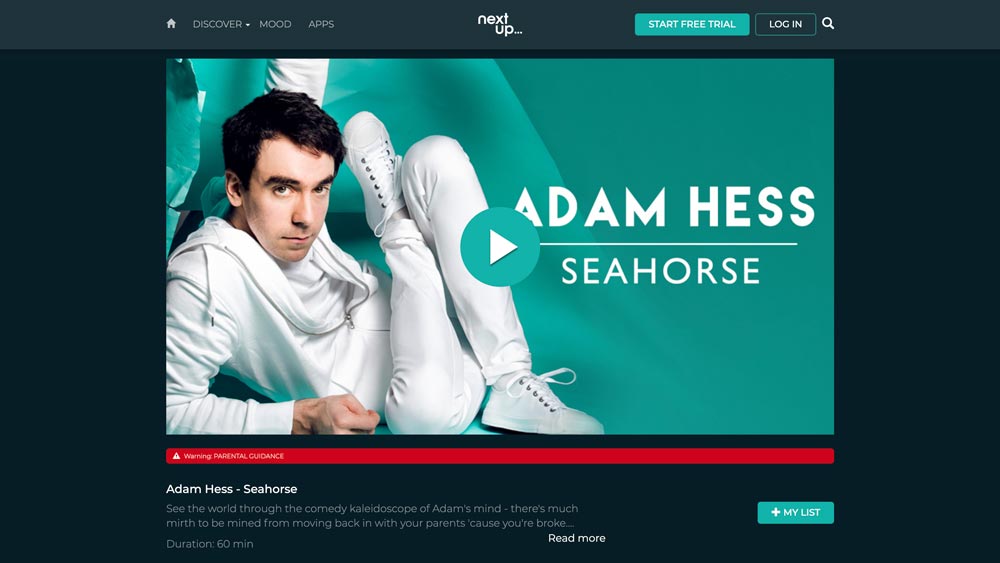 Dedicated to stand-up comedy, new and old. They have an interesting way of filtering by ‘mood’ which might be handy at the moment. Includes lots of favourites from Soho Theatre.

There’s a seven day free trail, then it’s £7.99 per month, or there’s a good deal if you’re interested in a year’s membership. 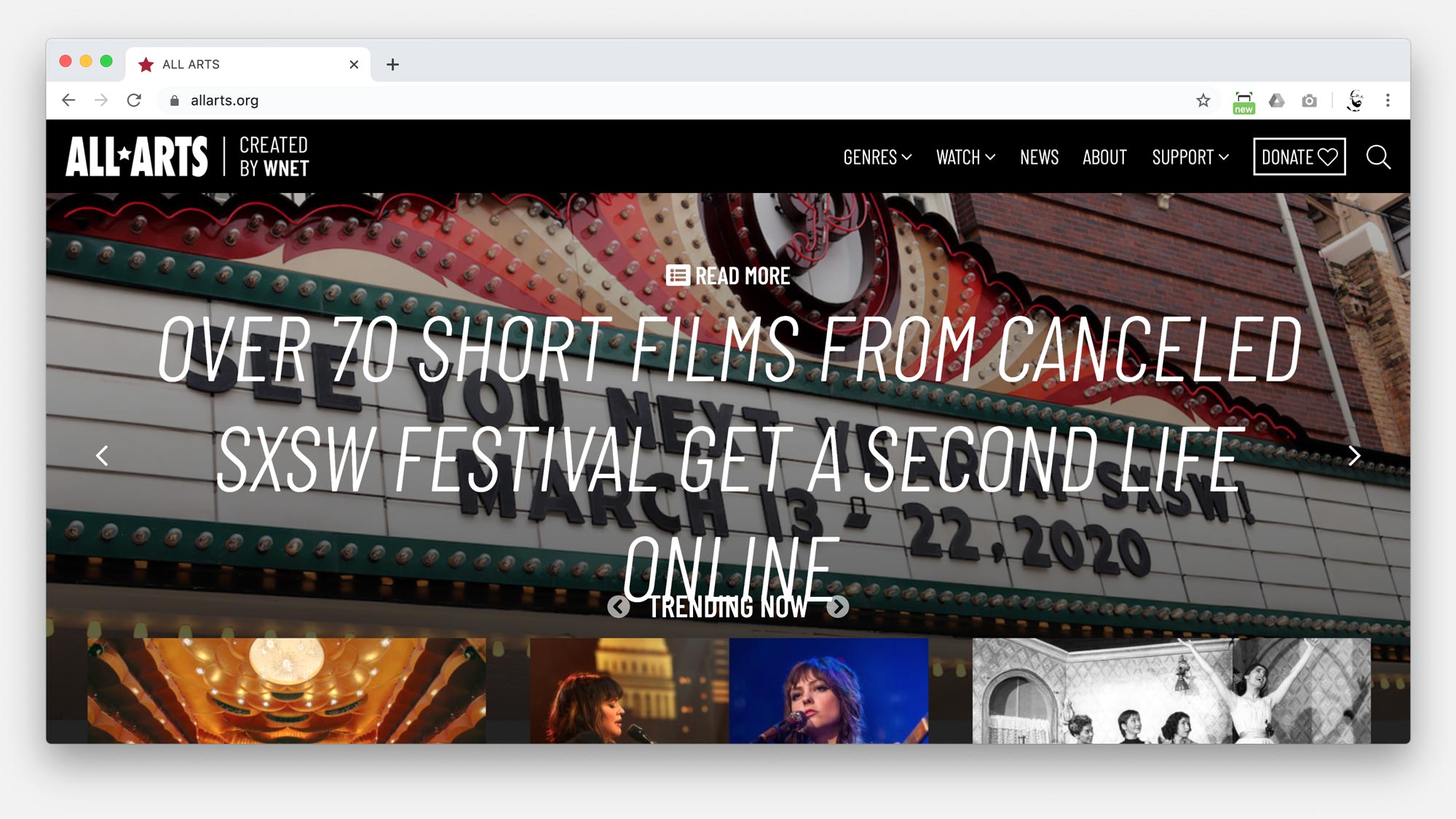 I’d not heard of All Arts before and I’m not really sure I understand it now. It’s a kind of online magazine, in America, with articles and links to interesting arts activities. I suppose it’s really just an information channel for their app.

It’s a great centralised place to find interesting snippets and full-length performances that are available for brief windows of time. 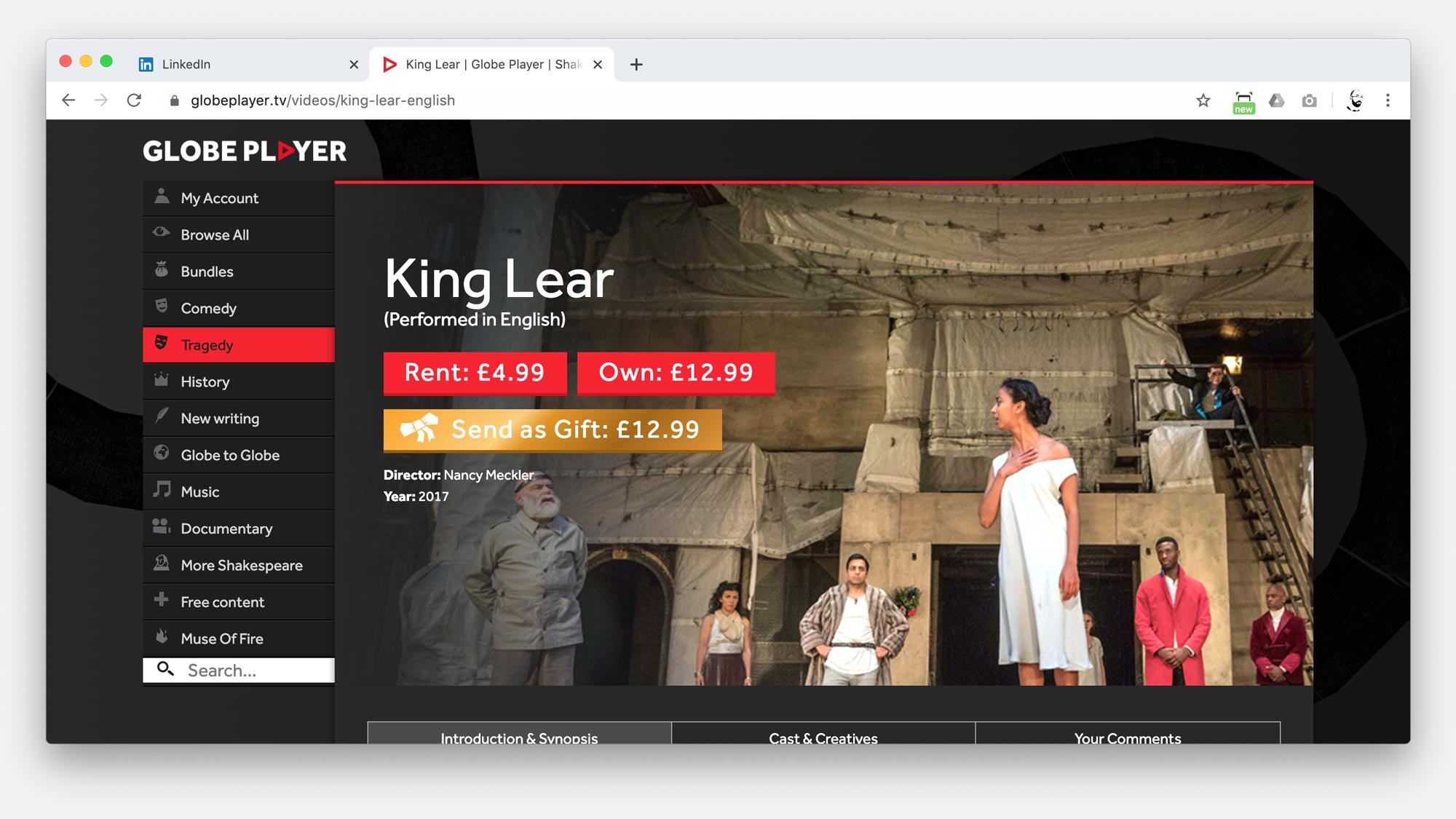 Shakespeare’s Globe’s own channel, there’s lots of free interviews, in their Muse of Fire section, and you pay to stream or download the shows (there are bundles available). 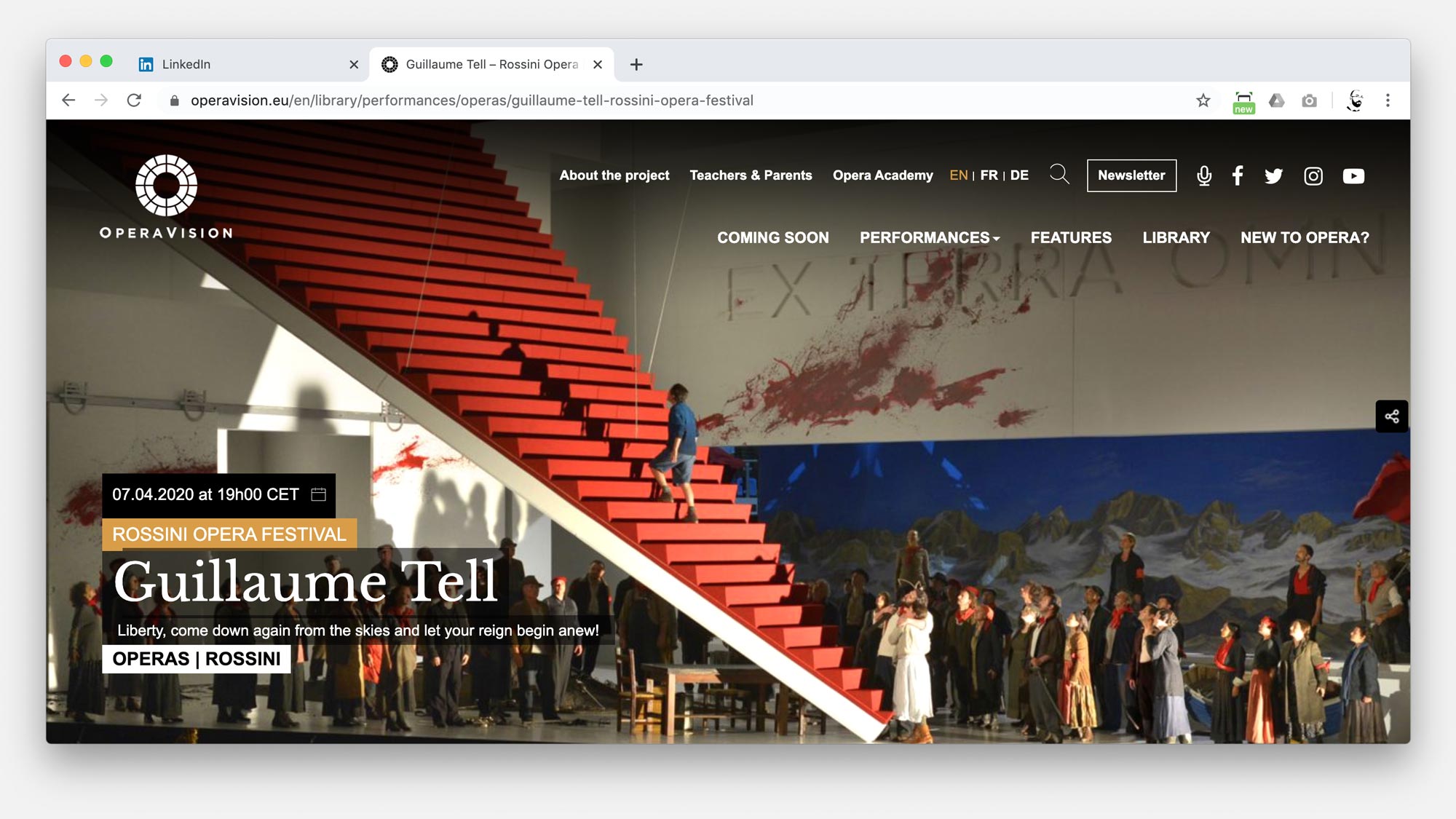 29 partners (including Garsington, Opera North and Royal Opera House) from 17 countries. It’s an EU funded project, streaming incredible quality opera for free while rights allow. Plus lost lots of notes and background. The videos are actually hosted on YouTube.

There are dozens of other places to stream arts content, all with varying content, quality and costs. Here are a few, listed in no particular order…

iTunes has lots of stuff (to buy) and AppleTV+ is starting to produce content. I find it all very confusing but they’ve got plenty of money and if they keep pumping it in I’m sure it’ll soon be a great platform. It’s $5 a month, or free if you’ve bought an Apple device since last September.

Launched this week Disney+ has everything you’d expect – the back-catalogue from Disney, Pixar, Star Wars, Marvel and National Geographic. Plus new content promised every week.

With careful planning you could get through a lot of it with a week’s free trail. It’s £5.99 a month after that. 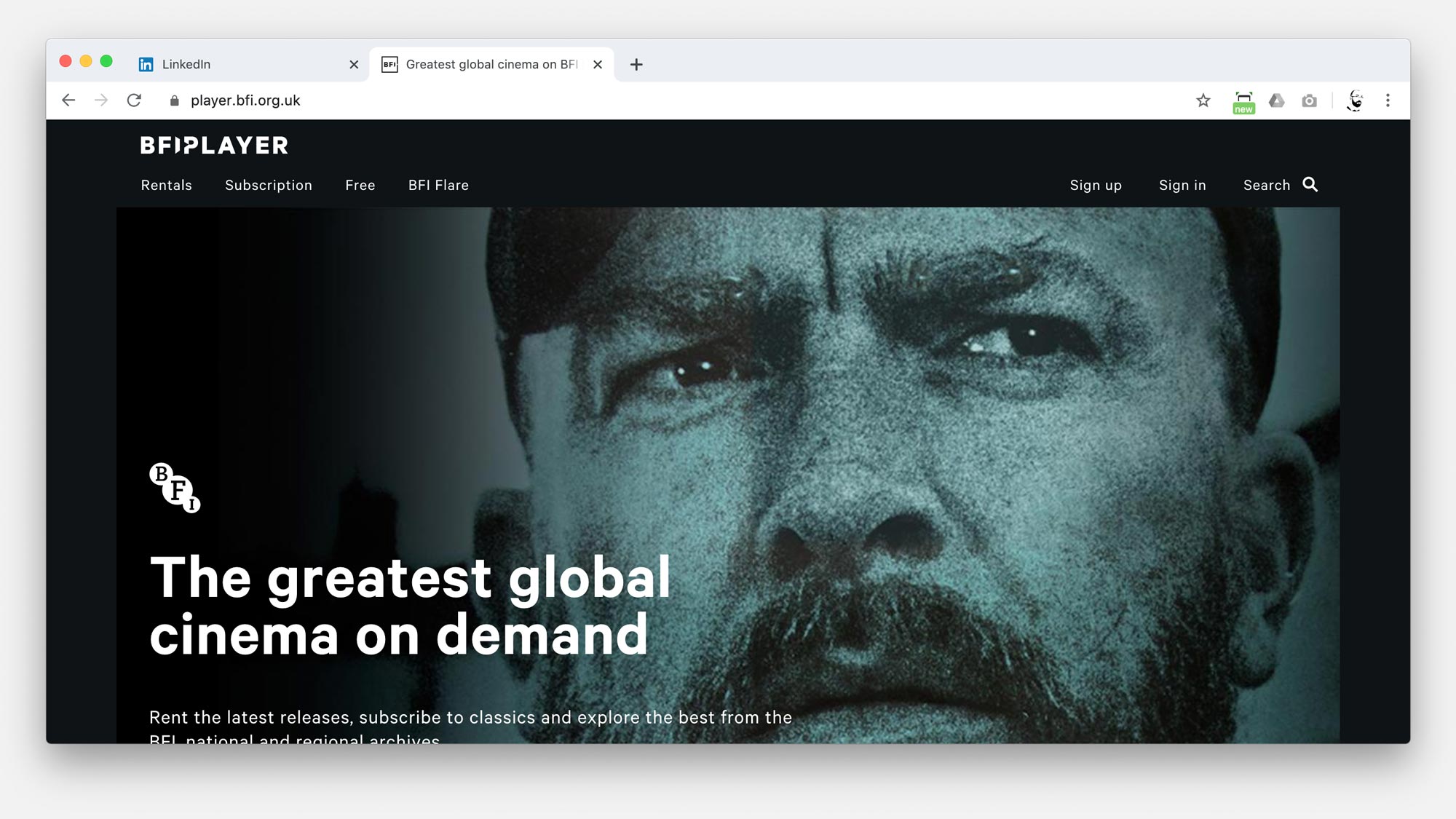 BFI player is an incredible resource. Rent, subscribe or watch free stuff. They offer a 14 day free trial. Flare was supposed to be on a the moment so why not subscribe just for that? 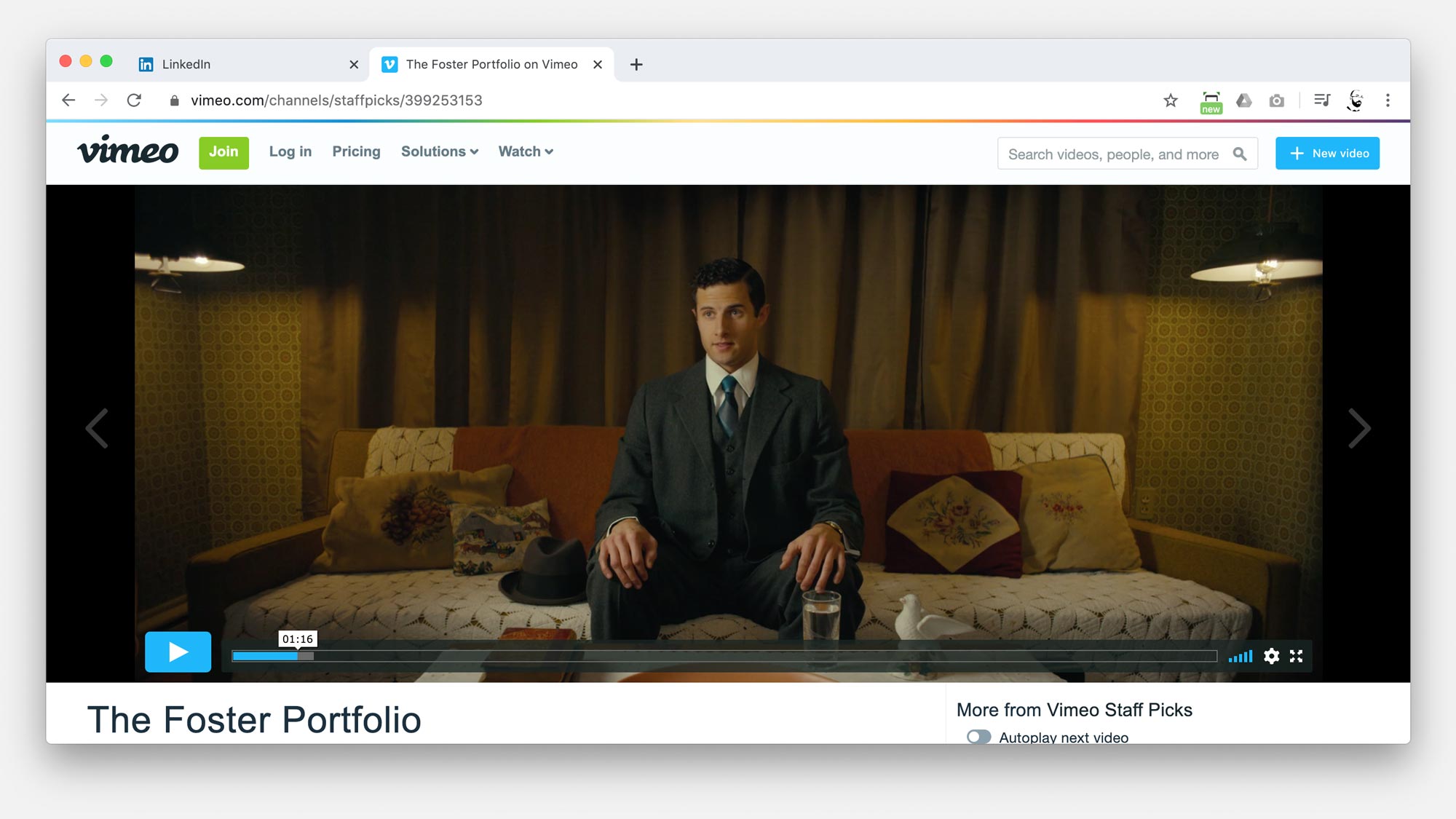 Vimeo continues to build its reputation as the video upload channel for professionals. There’s a huge array of free content (including great documentaries) plus paid content and ways to support the artists. 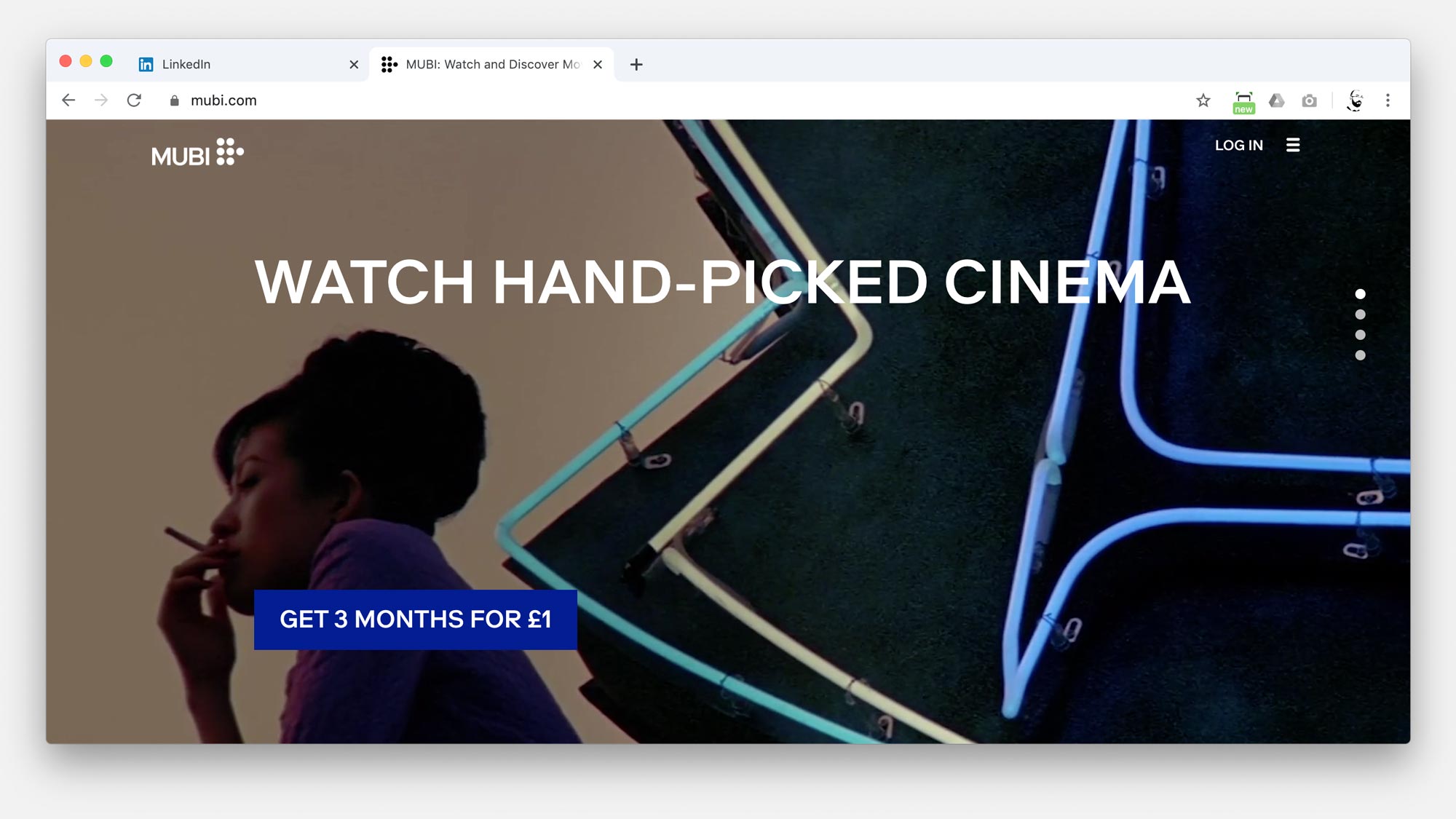 Handpicked art films. They are currently offering 3 months subscription for £1. Stream or download – a new film everyday. What’s not to like? 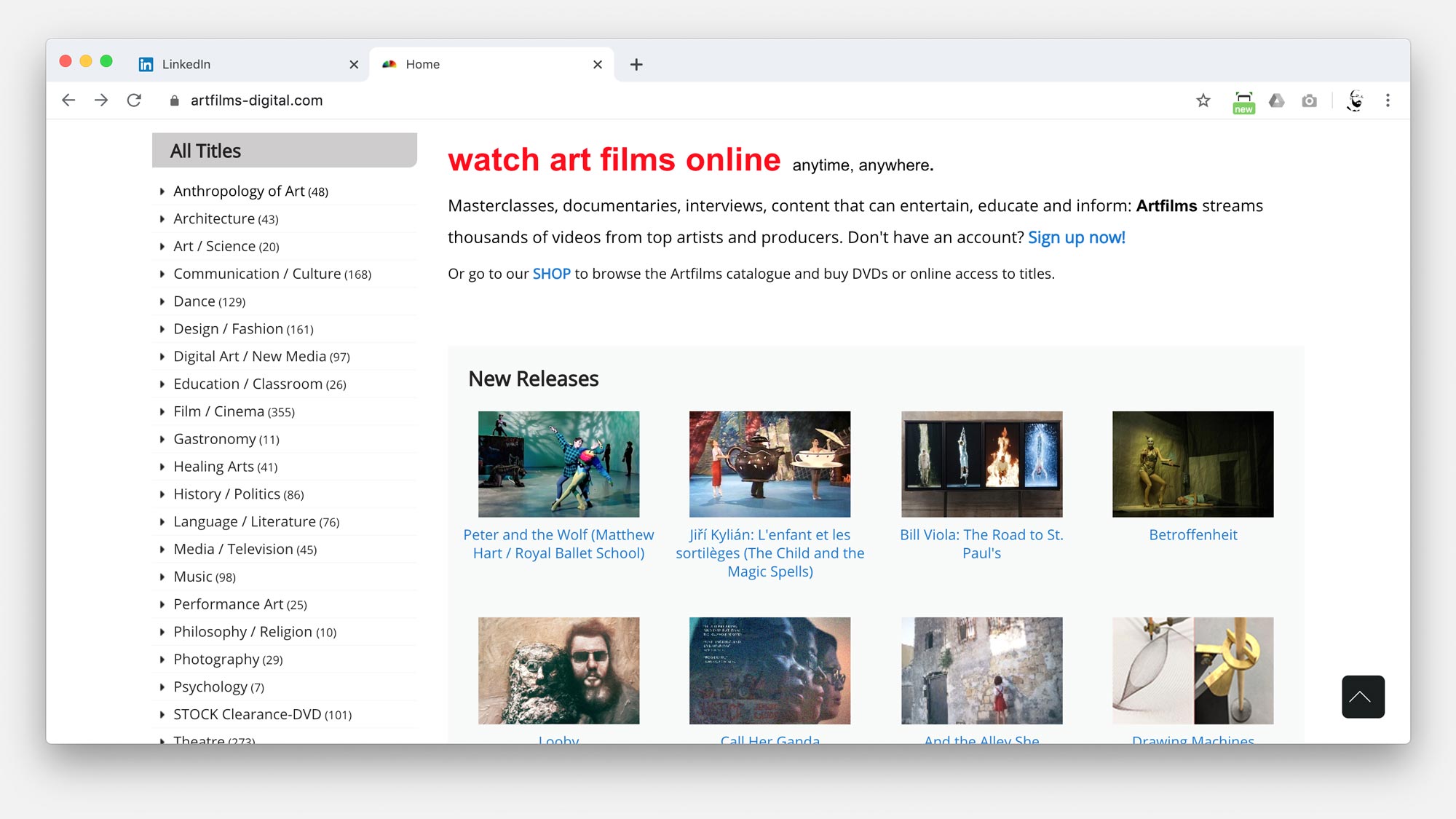 Described as Masterclasses, documentaries, interviews, content that can entertain, educate and inform: Artfilms streams thousands of videos from top artists and producers. It’s £8 per month. Or you can buy DVDs. 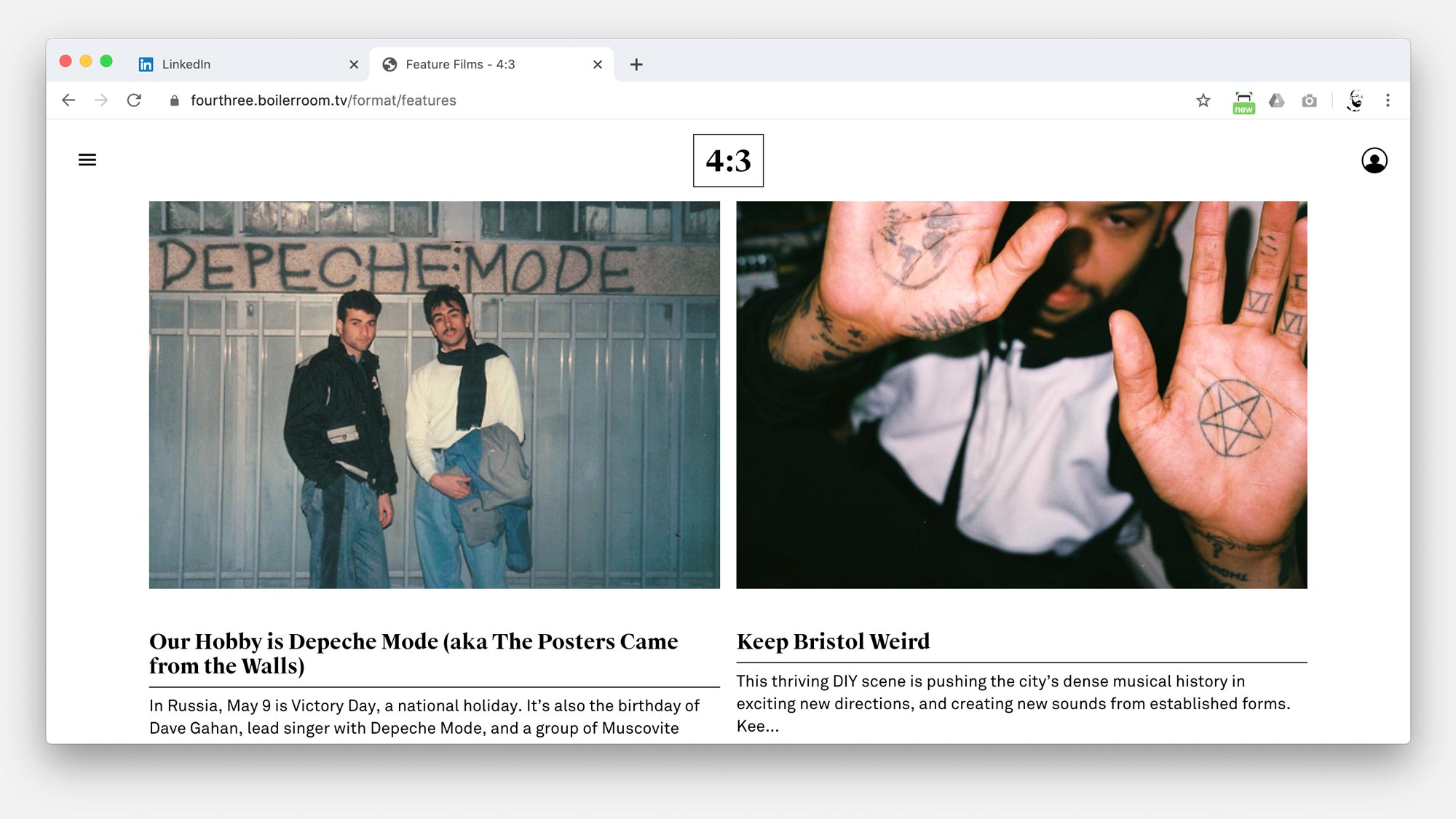 Clubbing empire Boiler Room have their own video channel. It all appears top be free, Including the amazing documentary Our Hobby is Depeche Mode (aka The Posters Came from the Walls).

Documentaries from around the world, including a whole series from the Why Foundation, for £3.99 a month

Lots of free short films, and films for rent from over 125 countries. New films added every week.

US-based company of filmmakers, bringing engaging entertainment from all over the world (and paying people ethically). A subscription costs $4.99 per month. 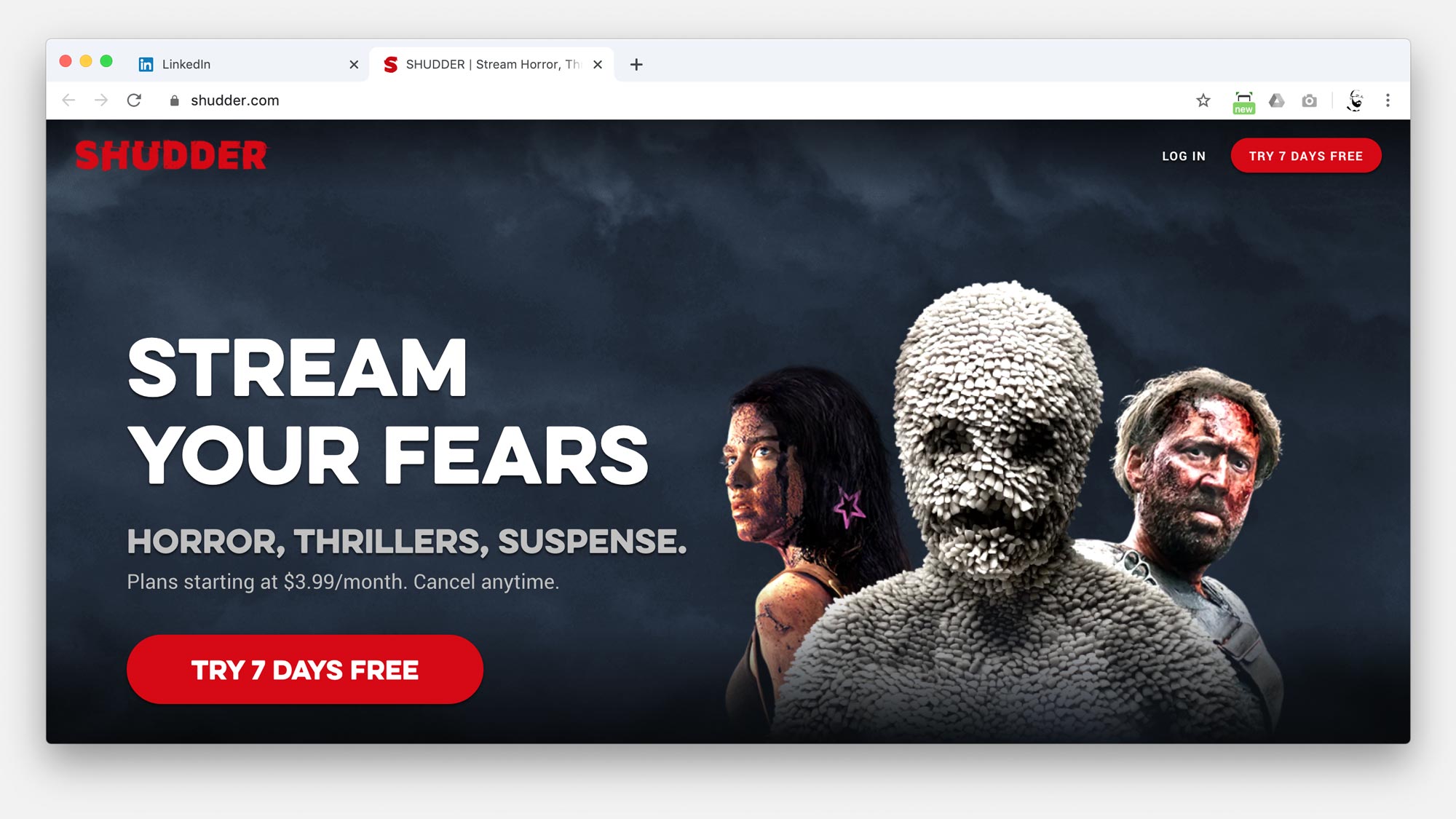 Shudder is for both casual and super fans of thrillers, suspense and horror. You can subscribe for $5.99 per month. There’s a 7 day free trial.

LUX is an international arts agency that supports and promotes artists’ moving image practices and the ideas that surround them. They’ve got an interesting selection of artists films, some free, some to rent.

I’d love to hear your recommendations for other great or much channels for live arts or just arts in general. Message me.

Credit to sandra dubosq on Unsplash for the pic I’ve used in the heading. 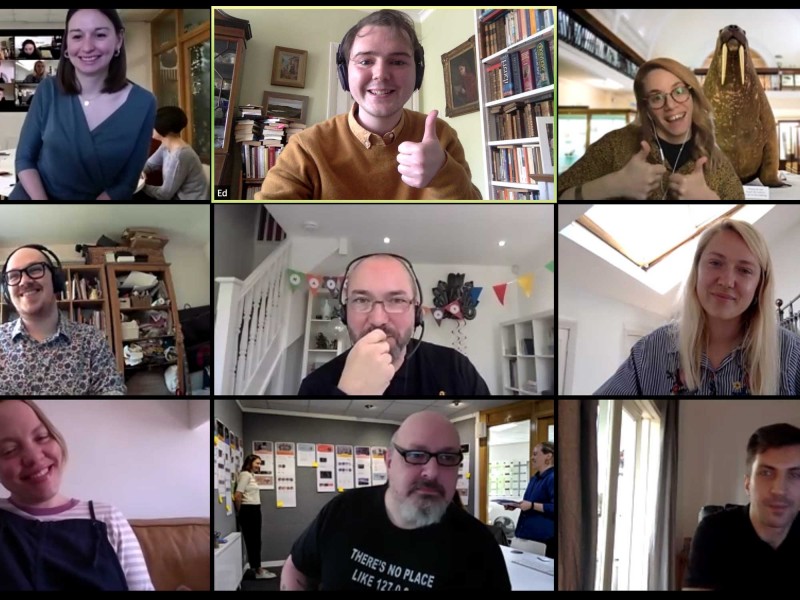 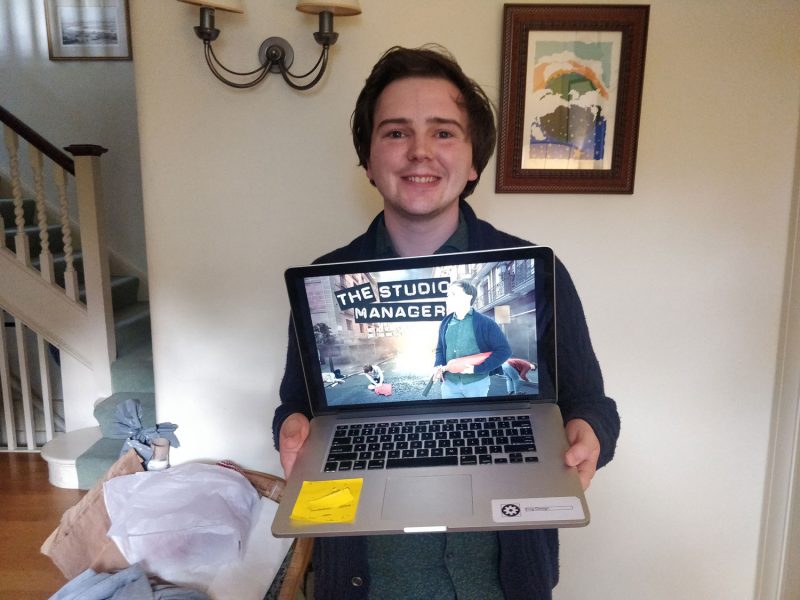 Ed received a wonderful card from the team for his lockdown birthday. 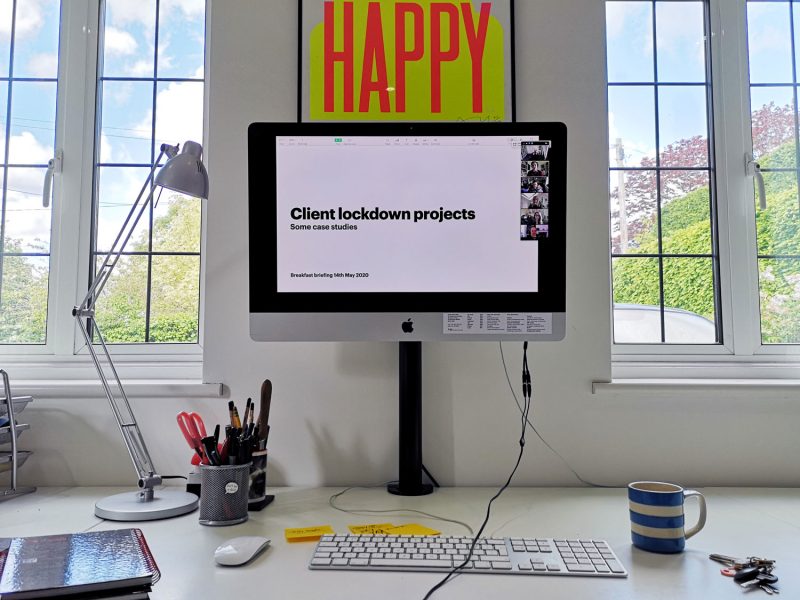 This morning's breakfast briefing was hosted by Ed. He talked us through his favourite lock-down projects, including some wonderful examples... 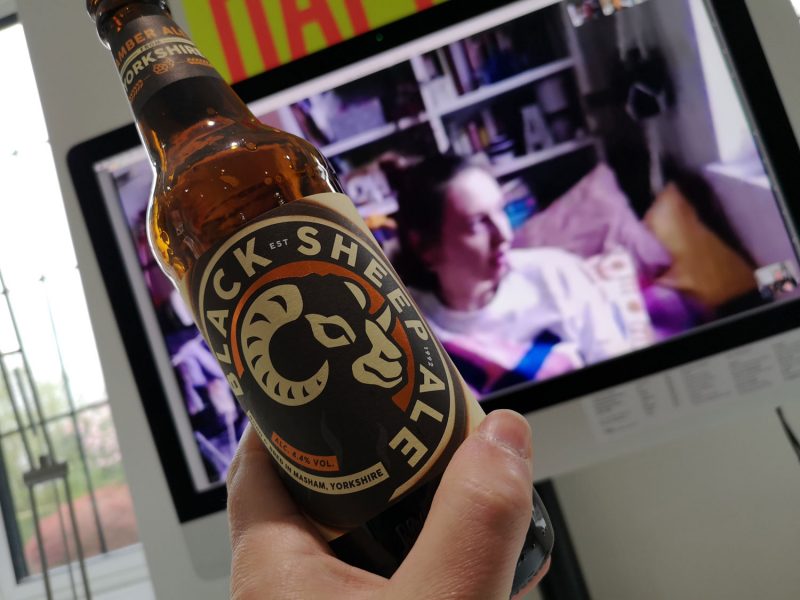 It's another lock-down Friday. 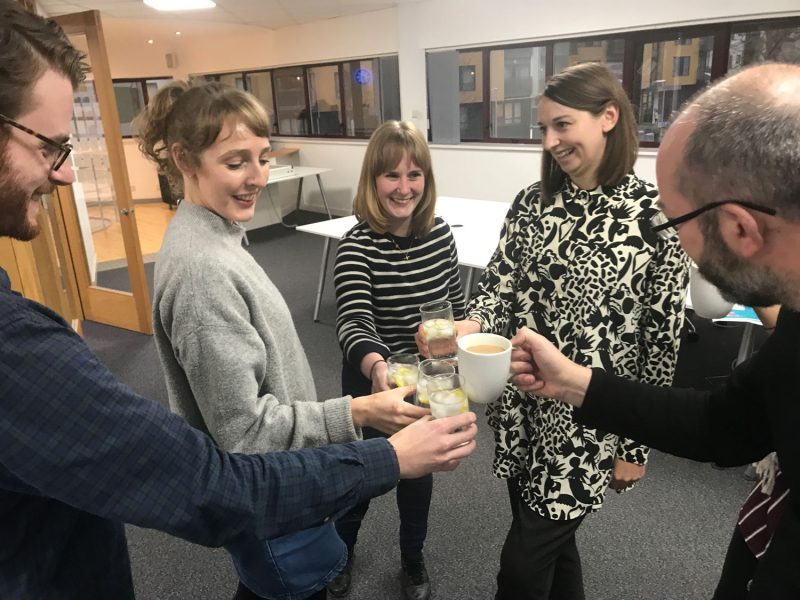 It's gin o'clock! Time to wind down and toast a successful and busy week in the studio.